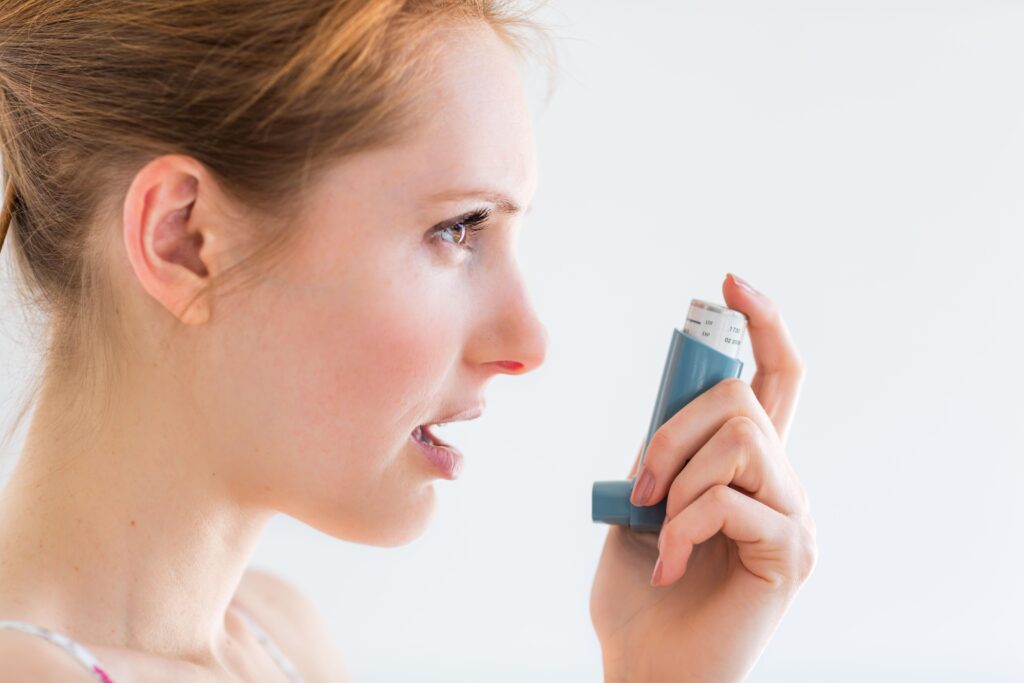 What is Asthma Attack

A respiratory disorder causing attacks of breathlessness and wheezing.
Asthma can occur at any age, but about half of all cases strike children under the age often. Childhood cases often become less severe or clear up entirely with age. There appears to be a genetic factor — over-all incidence in the American population is about five percent, but someone with a child or parent who has asthma runs a 20 to 25 percent risk of developing the disorder.

Asthma attacks are unpredictable. They can occur often or seldom, with variations in severity, and can happen at any time, although they are slightly more likely to take place at night. In addition to breathlessness and wheezing, asthma attacks can cause coughing and chest tightness.

A large part of asthma management relies on early diagnosis and treatment. Diagnosis is based first on the symptoms: breathing difficulty, coughing, and wheezing. Asthma is a congenital condition.

Treatment of an asthma attack starts with the earliest possible detection of the onset of the attack. In most cases, warning signs begin hours before the onset of symptoms. Deterioration of breathing that signals an oncoming attack can be monitored by a device called a peak flow meter, which indicates the efficiency of breathing. A reading below 80 percent of maximum effectiveness is an indication that preventive measures should be taken, such as increasing the dose of asthma medications. A reading below 50 percent is a clear sign of trouble needing medical attention. The symptoms of an asthma emergency include severe breathing difficulty, blue-tinted lips and nails because of a shortage of oxygen, and an abnormally fast heartbeat.

How to Prevent Asthma Attack

It is possible to prevent asthma attacks by testing for and avoiding the allergens that cause them. For Instance, parks and the countryside may be avoided due to pollen; mattresses can be wrapped in plastic, and the house kept dust free to minimize dustmites. Cromolyn sodium and cortlcosteroid drugs can prevent asthma attacks; they are most effective when inhaled many times a day. It is often not possible to build up immunity through Injections of an allergen, as can be done with some other allergies.