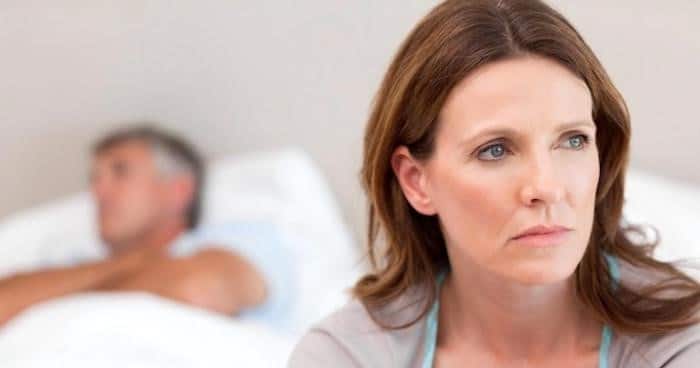 Dyspareunia is a recurrent or persistent genital pain that appears just before or after sex, or during sex. Although this condition can occur in both men and women, it is more frequent in the latter.

It is believed that the cause is related to physical factors.

Some pains occur during vaginal penetration, but decrease over time. Often, this happens because there is not enough lubrication due to lack of excitement and sexual stimulation. It can also be caused by dehydration or as a side effect of some medications, such as antihistamines. Frequent vaginal washes can also cause problems.

In women, there may be other causes:

The cause of the dyspareunia can also be related to psychological factors, although this is less common.
Some examples include the following:

These factors can cause a condition called vaginismus, which consists of involuntary and painful contractions of the vaginal muscles. This is usually a response to past sexual trauma or other painful circumstances, but may also be due to chronic irritation with physical causes.

The most common causes of pain in men are:

Pain occurs at the time of ejaculation.

The pain that is felt while an erection occurs may be associated with:

The factors that can increase your likelihood of suffering from dyspareunia are the following:

In men and women, viral or bacterial infections can also increase the chances of suffering from dyspareunia.

The pain associated with dyspareunia can:

Feel in the following regions:

In general, the diagnosis is based on the symptoms. You will be asked about your medical and sexual history. You will have a physical exam.

The vaginal wall is checked to detect the following:

You will have a vaginal touch to detect the following:

For men and women:

The doctor may order more tests, for example, cultures to detect infections. Diagnostic imaging studies, such as ultrasounds, can also be used. It could be referred to a counselor to help determine if there are psychological causes.

Your doctor may recommend that you use water-soluble creams or lubricants that contain estrogen.  You may also be prescribed other medications.

To treat prostatitis and urethritis, your doctor may recommend:

In some cases, surgery can be done to treat the foreskin and other erection problems.

If a physical cause for pain is not found, sex therapy may be helpful. Some concerns should be treated in therapy.
These could include: