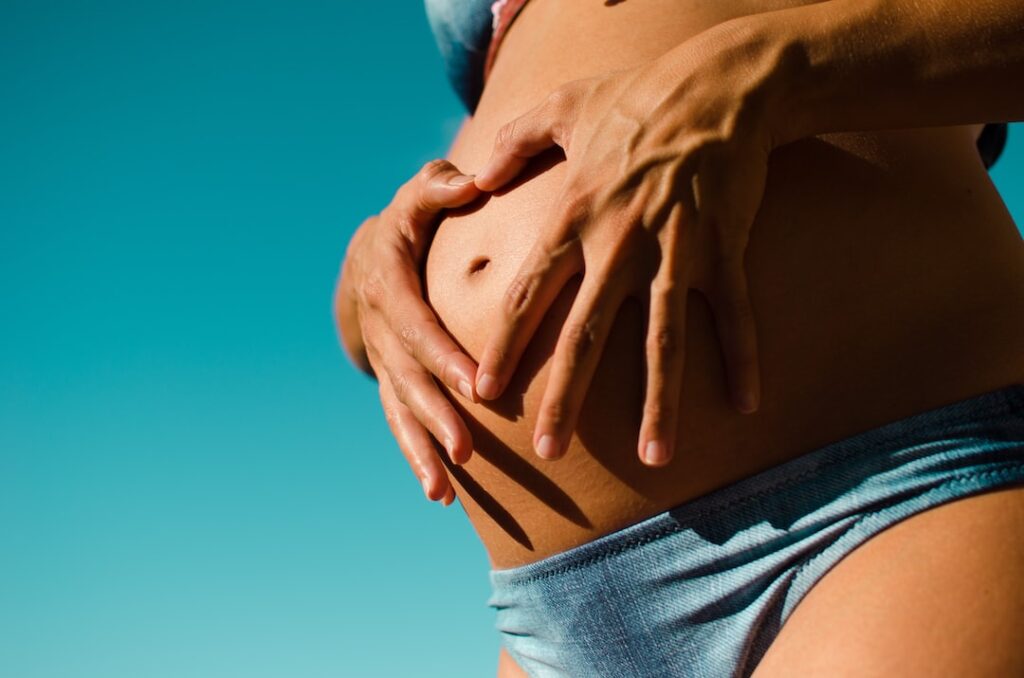 Eating disorders are a set of medical conditions marked by the persistent presence of abnormal eating habits that have detectable and serious negative impacts on a person’s physical and mental health. Disordered eating is a related term used to describe situations in which a person displays unbalanced eating tendencies but does not meet the accepted diagnostic criteria for any particular eating disorder.

According to a study published in the Biological Psychiatrymedical journal in 2018, about 0.8 percent of American adults will meet the diagnostic criteria for anorexia nervosa, an eating disorder marked by significant weight loss and extreme self-imposed calorie restriction, at some point during their lifetimes. Bulimia nervosa, defined by its alternating episodes of binge eating and purging, will similarly affect about 0.28 percent of American adults. An estimated 0.85 percent of Americans will be affected by binge eating disorder, which is marked by uncontrolled and excessive food intake.

A number of common misconceptions surround eating disorders, including the notion that they are a lifestyle choice. In actuality, eating disorders are diagnosable and treatable mental healthconditions. Physical appearance alone is also not indicative of the presence or absence of an eating disorder, as people of all body shapes and sizes can suffer from these conditions. While eating disorders are commonly perceived as primarily affecting young women, in actuality, they can affect people of any age, race, or gender. Though male patients constitute only about 10 to 15 percent of diagnosed anorexia cases in the United States, clinicians believe that this is because boys and men do not report or seek treatment for their symptoms due to a prevailing misconception that eating disorders are a problem experienced exclusively by women and girls.

Traditional assumptions about eating disorders are changing, however, particularly since research published in the International Journal of Eating Disorders in 2009 determined that binge eating disorder affects roughly equal numbers of men and women. Rates of anorexia and bulimia remain significantly higher among female populations, however. Adolescent girls and women under age twenty-five are still considered one of the highest-risk demographic groups for developing an eating disorder.

People with anorexia nervosa also tend to experience intense, irrational fear about gaining weight or becoming overweight, along with distorted perceptions about their own weight and body shape. For example, a person suffering from anorexia nervosa may view him or herself as overweight, even if he or she is underweight by medical standards.

Bulimia nervosa is marked by a cycle of binge eating and purging. During this cycle, a person consumes a large quantity of food in a relatively short period of time, then compensates for it by inducing vomiting, abusing laxatives, fasting, or engaging in excessive amounts of intense exercise.

As with anorexia nervosa, people with bulimia nervosa also tend to have distorted body images while linking their senses of self-worth and self-esteem to their weight and body shape.

Binge eating disorder is defined by recurring instances of excessive food consumption within a compact timeframe, during which an individual consumes significantly more food than they would need to satisfy normal levels of hunger.

Sufferers also report feeling little to no self-control with regard to their food consumption, and will also exhibit at least three of the following five symptoms:

(1) eating much more quickly than normal,

(2) eating until achieving a physically uncomfortable level of satiety,

(3) eating large quantities of food despite not feeling hungry,

(4) eating alone to avoid embarrassment over the excessive quantities of food they are consuming,

(5) feelings of shame, guilt, or depression at the conclusion of the binging episode.

All three of these disorders are further classified by their levels of severity. With anorexia nervosa, severity is tied to the sufferer’s body mass index (BMI), which is a standard ratio-based weight range measurement calculated using factors including a person’s sex, height, and weight. Higher BMIs are associated with milder forms of the condition, and lower BMIs indicate more severe forms.

For bulimia nervosa and binge eating disorder, clinicians define severity according to episodic frequency. For both conditions, diagnostic criteria require that episodes occur at least once per week for a minimum of three months; the more severe the individual’s condition, the more often they will engage in the unhealthy behavior.

Clinicians have also identified several other, less common eating disorders including night eating syndrome and pica. Night eating syndrome involves excessive food consumption after the evening meal, or during nighttime binges after awakening from sleep. Pica is a rare disorder characterized by the compulsive consumption of substances that are not food and have no nutritional value.

Though the DSM does not yet formally classify it as an eating disorder, diabulimia has also gained increased attention from researchers and experts. Diabulimia occurs in individuals with type 1 diabetes, a disease characterized by the inability of the pancreas to produce adequate insulin and regulate blood sugar levels, who deliberately underutilize their insulin supplements as a means of losing weight. Researchers consider diabulimia extremely dangerous, as the condition has led to high mortality rates.

Researchers have uncovered strong links between a person’s self-image with respect to their physical appearance and their risk of developing an eating disorder. People with a positive body image have healthy and accurate perceptions about their body shape and size, accept themselves as they are, and feel confident about the way they look.

Conversely, people with negative body images experience distortions about their body shape and size, perceiving flaws where they may not exist and feeling as though those perceived flaws are magnified and highly conspicuous. Individuals with negative body images and strong, persistent feelings of dissatisfaction about the appearance of their bodies tend to develop eating disorders at much higher rates.

In addition to the influence of body image, known psychological risk factors include perfectionist tendencies, a strong orientation toward rule-following, and the presence of a comorbid anxiety disorder, which refers to cases in which a person has a diagnosed anxiety disorder in addition to an eating disorder.

Researchers also cite numerous biological risk factors, such as the presence of an eating disorder or mental illness in a close blood relative, a history of self-imposed weight control interventions, and a persistent, conscientious tendency to expend more calories than consumed.

Other risk factors are social, cultural, and environmental in nature. People who have been teased or bullied, emotionally traumatized, or exposed to excessive amounts of cultural messaging that “thinner is better” tend to develop eating disorders at higher rates. The same is true of victims of emotional or psychological trauma, and of individuals who participate in sports or activities that require them to maintain a certain weight or body size.

Approaches to Prevention and Treatment

Many experts and stakeholders in eating disorder prevention are particularly critical of the culture of dieting, weight loss, and thin-body normativity prevalent in the United States. Proponents of these viewpoints express concern that eating disorders like anorexia and bulimia are stigmatized, and widespread misconceptions characterize them as conscious lifestyle choices rather than medical conditions.

At the same time, popular culture and media tend to celebrate and reward weight loss and fad dieting. To this end, many researchers and advocates have argued that effective public awareness campaigns that seek to shift public opinion toward recognizing the medical nature of eating disorders are necessary preventative strategies.

Approaches to treatment differ, depending on the nature and severity of the individual’s eating disorder. Inpatient care is implemented in cases where clinical tests and observations determine that the sufferer is medically or psychologically unstable. Conversely, patients who are physically and psychologically stable and able to function, yet require periodic ongoing observation, are recommended to outpatient programs.

Temporary hospitalization is recommended in cases where patients require daily assessment to determine the progress of their treatment plans, as well as situations in which an otherwise stable individual displays impairments to his or her physical or psychological functioning.

Specific therapies used to treat eating disorders include acceptance and commitment therapy (ACT), cognitive behavioral therapy (CBT), cognitive remediation therapy (CRT), dialectical behavior therapy (DBT), family-based treatments, interpersonal psychotherapy (IPT), and psychodynamic psychotherapy. These techniques use a range of strategies to achieve a common set of objectives: to get the patient to understand and come to terms with the underlying causes of their eating disorder; to develop the skills needed to repair their body image; to improve self-esteem and self-acceptance; to develop healthy eating habits; and to ward off relapses.

Experts stress that eating disorders in general, and anorexia nervosa in particular, can be difficult to treat. Success requires commitment from the patient, as well as a genuine desire to get better. Patients who manage to break the psychological cycle of using diets to achieve ambitious weight loss goals tend to achieve better outcomes.

Rejecting dieting as a means of losing weight is a central part of an emerging treatment approach known as intuitive eating. This method seeks to help patients achieve a harmonious mental and physical balance regarding their relationships with food through mindfulness and physical fitness.

It also encourages patients to overcome tendencies to use calorie content as a means of defining specific foods as either “good” or “bad,” and instead recognize that virtually any food can be part of a healthy diet when consumed in moderation. While preliminary studies suggest intuitive eating shows promise as a methodological approach to preventing and treating eating disorders, critics point out that it does not fully account for the perceptual alterations commonly seen in people suffering from these conditions.