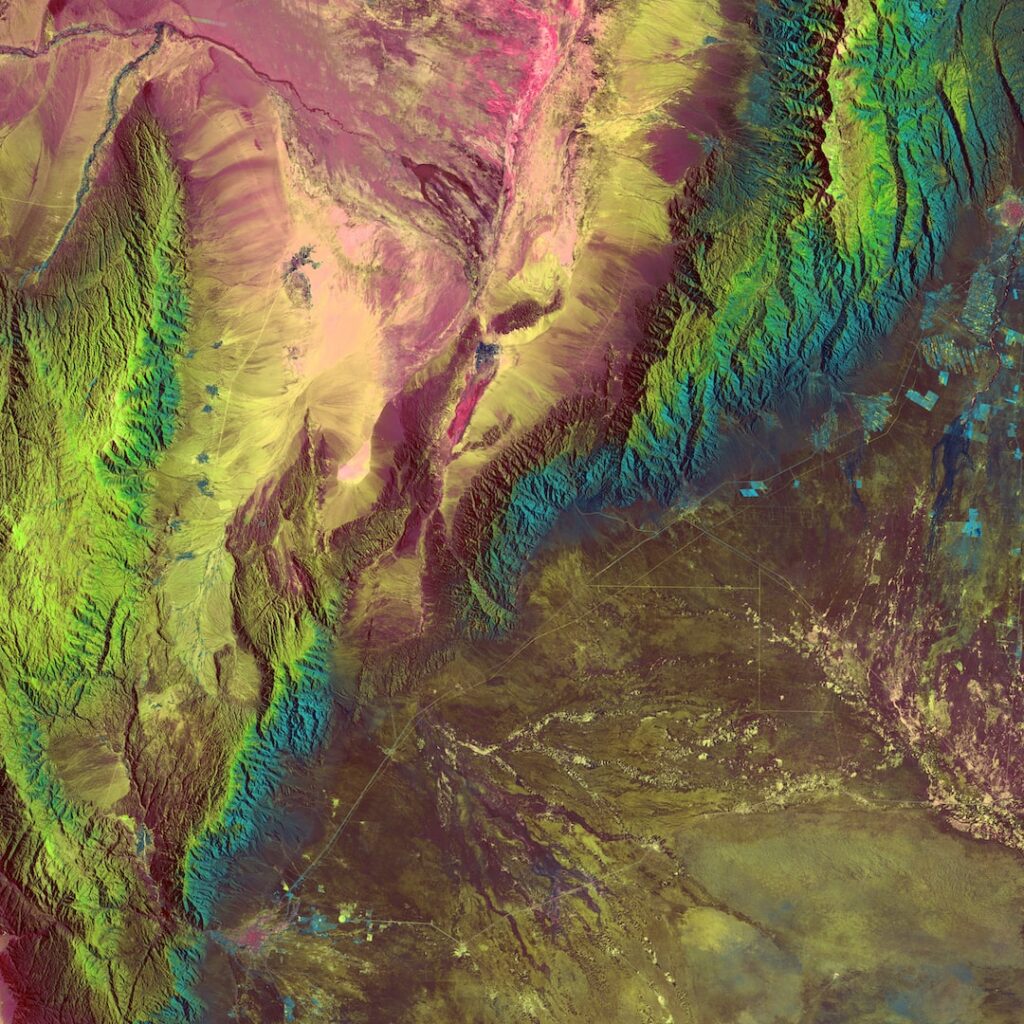 The advance of global warming, highlighted by the Intergovernmental Panel on Climate Change’s report this week, not only demands that the private sector accelerate efforts to cut carbon emissions. Companies must also adapt to the changing climate – and this will involve interacting in new ways, experts say.

The IPCC’s report Global Warming of 1.5°C re-emphasises what those alert to climate change already knew: if the world warms another 0.5°C from its present level, already 1°C above pre-industrial levels, it will cause severe consequences. At 2°C of warming the effects are far worse. If the Paris Agreement commitments are kept, the world is on track to heat by 3°C by 2100.

Although much of the corporate sector now recognises this immense challenge, it has done little yet to reshape the economy. “The major barriers are the very human tendency to not like change, and also there are vested interests in the current economic system,” said Pedro Faria, strategic adviser to CDP, the platform companies use to report their carbon emissions.

Governments are likely to be essential to creating the conditions for this transformation, he said: “There are loads of things they can do, for example stopping fossil fuel subsidies, creating the policies that allow for energy efficiency, allowing a circular economy, investments in all the innovation and research to accelerate this pipeline of solutions.”

But there are signs that the corporate sector is starting to gather momentum. The Science-Based Targets initiative, in which companies commit to reduce emissions in line with what would be necessary to avoid catastrophic climate change, now has 490 adherents, some of them very large companies. “The majority of them are working not just on their direct footprints, but doing engagements on their massive value chains, and that has huge power,” said Faria.

But cutting emissions, while essential, is no longer enough. Climate change is already happening, and causing damage, from droughts and fires to floods.

Adapting to climate change is widely seen as harder for companies than trying to mitigate it. Energy efficiency brings an early monetary return, but building flood defences is pure sunk cost – until the storm comes. Sharing those costs may help.

“Companies need to start to work pre-competitively on some of these issues,” Faria said. “Think of the floods in Thailand [in 2011]. The world’s biggest IT companies and car manufacturers were highly exposed to companies in a flood area. They could have avoided that, if they had realised that risk and worked together to reduce it.”

Chris Brown, global head of environment at Olam International, the Singapore-based food commodities group, explained “pre-competitive” collaboration as “trying to identify what best practice looks like”. Where companies would still compete, he added, was on “how well we implement”.

Agriculture, forestry and other land use produces about a quarter of global greenhouse gas emissions. “We as a business recognise we can play a part in [reducing] that,” said Brown. “But we also need to adapt our business to whatever those changes are.”

Companies cannot change the weather. But there are things they can do to cope better. Cocoa and coffee farms are vulnerable to rising temperatures. Studies suggest that the growing areas for cocoa are likely to shrink as the world warms.

“Putting more trees into the landscape to act as shade helps to build microclimates, reduces temperature, creates better humidity, allows better soil fertility – it’s a key area of resilience being employed in Cote d’Ivoire and Ghana for cocoa and in Uganda and Indonesia for coffee,” said Brown.

Many heads better than one

A company can do things like this on its own. But progress is likely to be much faster if it shares its knowledge. The Global Agribusiness Alliance is an association of commodities suppliers, designed to do that, and to influence policy. “It’s about discussing what the challenges are and what the solutions could look like,” said Brown. “It could be about engaging with the World Resources Institute or a scientific institution on how we address food loss.”

Because farming happens in a landscape, solo action can be fruitless – a microcosm of the wider problem of climate change. “We can’t just put up an umbrella to protect our own operations,” said Nikki Barber, an Olam spokesperson. “We could invest so much money in our own initiatives and if no one else does it, we might as well have wasted it.”

In Tanzania, where Olam has an irrigated coffee farm, it has set up a water users’ association for the local river basin, to help the community manage this shared resource efficiently and fairly. Local villages, nearby towns, utility companies are all represented – even the Christian mission, whose nuns run a hydroelectric plant.

This body now influences the official Catchment Authority, part of the water ministry. The association cannot solve all difficulties over sharing and managing the water, but “what it has enabled us to do is have a common view of that challenge,” said Brown. “People have a voice, which they didn’t before.”

Olam has built a reservoir to store water in the rainy season, reducing the water it needs to take in dry months.

Scaling this kind of action up across the whole business is a daunting challenge. Olam buys produce ultimately from 4.7m smallholders and 6,000 large agricultural enterprises, in 70 countries. But the company knows it has little choice.

“If we only do things at a project level it makes for a nice case study, but what we realise is that our business is at risk,” said Brown. “We are seeing very real impact. During my time here, California has been in drought for at least four out of six years. In India, in the states of Maharashtra and Madhya Pradesh, we are seeing peak summer temperatures of around 48°C. These are the challenges we are facing across the portfolio. Business as usual will not allow us to be a resilient company going forward, or ensure the resilience of the farmers in our supply chain which we rely on.”

In an adjacent industry, similar moves are being made. The Sustainable Apparel Coalition, a trade body based in San Francisco, is creating an institute to fund development of shared programmes to improve the clothing industry’s environmental impact.

The SAC has developed a tool its 200 members, clothing brands and mill groups, can use to assess their environmental impacts. But it does not tell them what to do with that information.

“What was missing was a focused movement to collaborate and scale,” said Lewis Perkins, who joined last month as the first executive director of the Apparel Impact Institute. “It’s about how can a brand reach its commitment to Science-Based Targets, or its own targets for water, healthcare, carbon reduction.”

The AII was formed to enable a subset of SAC members to contribute more money to an organisation that would have a more advanced mission: selecting, funding and scaling programmes to drive improvement.

Fashion brand Gap, retailer Target and PVH, owner of Calvin Klein and Tommy Hilfinger, took the lead. IDH, a donor-supported organisation that promotes sustainable trade, and HSBC, which banks many companies in the apparel industry, are also members.

The group’s first project is to develop a mill improvement programme. About five programmes already exist for, as Perkins puts it, “going into a mill, creating training and toolkits for what you should do to have less of a negative impact on energy, water, chemicals.”

The AII aims to compare the existing programmes and develop an aligned version, which would be efficient for the industry to adopt. A single mill may serve three brands – it makes little sense if they all do different studies on it and ask it to adapt in slightly different ways.

It wants to be able to beta test next year and then, over the next three to five years, put 1,000 to 2,000 mills through the programme. This might cost perhaps $20m, and would require a larger swathe of the industry to join. “You don’t need one Gap or H&M, you need 20 – a critical mass of companies that have that kind of scale and impact in the supply chain,” said Perkins.

There ought to be some quick savings from this, which would give the mills an immediate return on investment. It would also show where larger investment could be made.

For that, Perkins said the AII hopes to use “creative funding vehicles” to attract institutional investors to finance investments in cleaner plant, not just for single companies, but groups of them.

This is not a typical financing model for industrial investment. “I think it is a unique model,” said Perkins. “We have to be very careful how we set it up from an IRS and anti-trust perspective.” Companies must not be seen to be colluding, nor forcing mills or other partners to do anything.

As a foundation, the AII can use philanthropic money from the companies and other donors, as long as the benefit is shared across the industry. This can be used to provide techniques, which are offered to the industry.

The AII is less focused on adaptation than Olam, and is at the moment working with mills rather than the source of the supply chain – farms. But since the programme includes water efficiency, it will have an adaptation benefit.

Ultimately, Perkins said, its vision is of moving beyond efficiency to “a more regenerative, positive impact,” where mills or other facilities not only take, but give nutrients or electricity back to the community.