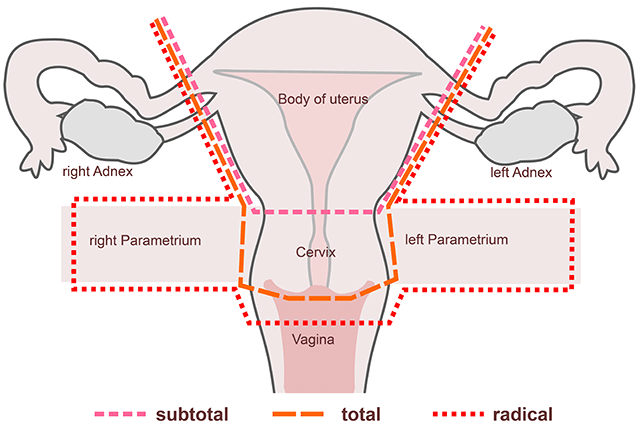 APPROXIMATELY 600,000 hysterectomies are performed in the United States each year. The number is on the decline, but it’s still the most common major operation performed on women who aren’t pregnant. The most frequent reasons for having the uterus removed are to treat uterine fibroids or abnormal bleeding, but others include chronic pelvic pain, endometriosis, and cancer of the uterus, cervix, or ovaries. Here are five of the most common concerns.

I’m having a hysterectomy to treat my uterine fibroids. But I’m only 45 and not ready for menopause.

Removal of the ovaries, not the uterus, triggers menopause, since hormones that regulate menstruation are produced in the ovaries. But because ovaries are sometimes taken out at the same time as the uterus, many women mistakenly think that’s always part of the procedure.

In fact, most women under age 50 don’t have their ovaries removed unless they’re contributing to the problem, as with endometriosis or ovarian cancer. If only your uterus is removed, nothing will change hormonally.

Is it true that it takes 6 weeks to recover?

Many patients go home within hours of surgery with a few tiny bandages on their belly if they have an outpatient laparoscopic or robotic-assisted hysterectomy. For women who have an abdominal incision, it might take up to 6 weeks to feel normal, but most day-today activities can be resumed within 2 weeks.

I’d like to avoid a hysterectomy if I can. Are there other options?

Yes. Some women with uterine fibroids may be candidates for less-invasive procedures, such as a myomectomy (in which only the fibroids are removed) or fibroid embolization (which shrinks the fibroids). For women with excessive bleeding, an endometrial ablation (which removes only the lining of the uterus) may be an option.

One of my friends had a hysterectomy 10 years ago and is now incontinent. Should I expect that?

The involuntary loss of urine occurs in 30% of women even if they haven’t had a hysterectomy. The only time you can say with certainty that the surgery caused the problem is when it starts immediately afterward, which rarely occurs.

Will a hysterectomy cause me to have sexual problems?

The vaginal dryness and decline in desire that some women experience after surgery results from the loss of the ovaries, not the uterus. So if you don’t have your ovaries removed during your hysterectomy, nothing should change.

Women who have only their uteruses removed do occasionally say that sex seems “different” and that their orgasms are less intense. Typically, these are women who are aware of uterine contractions, in addition to pelvic-floor contractions, when they climax. If the uterus is removed, that aspect of orgasm will also disappear for these women.