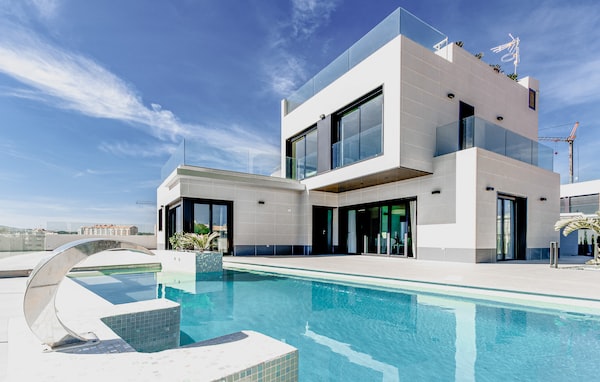 In the United States, affordable housing refers to housing deemed financially accessible to households that earn below the median household income, as measured by the US Census Bureau. The term also refers to government programs aimed at relieving financial burdens on low-income tenants.

Programs for residents include public housing projects, vouchers to assist in paying for private housing, and programs aimed at encouraging homeownership. Also, developers are incentivized to reserve housing units for low-income families with the Low-Income Housing Tax Credit. Other developers are legally required to set aside units for low-income tenants through zoning ordinances.

While incomes in the United States fell by 11 percent between 2001 and 2013, rental costs grew. As a result, record numbers of American renters—20.7 million—are spending over 30 percent of their housing income and are thus considered cost-burdened by the US Department of Housing and Urban Development (HUD). Over 11 million of these households report that housing costs take up more than half their income.

Government programs are not able to absorb these growing numbers of cost-burdened tenants. Although affordable housing programs took off during the Great Depression and were expanded in the 1960s and 1970s, the Reagan administration cut more than $12 billion in funding during the 1980s.

Since then, federal support for public housing initiatives has sharply declined. Waiting lists for subsidized housing are thousands of households long, with only one out of every four qualified families able to obtain assistance.

Public housing initiatives have been further overtaxed by recent demographic shifts, in which affluent white residents are starting to move back to cities after half a century of suburban living.

THE LEGACY OF SEGREGATED HOUSING

In the 1930s, the Federal Housing Administration (FHA) began to implement affordable housing policies to shift white families out of urban housing projects and toward homeownership.

The FHA subsidized the development of suburban neighborhoods on the condition that only white residents be admitted. To encourage white residents to buy, federally insured mortgages with no down payments were offered.

Moreover, many local governments devalued property in black communities by permitting businesses such as liquor stores and factories to move in and neglecting services like trash pickup. These policies shifted the demographics of public housing in major cities. For example, in New York City, the majority of public housing tenants in the 1950s were white. Today, white residents make up only 5 percent of the tenants.

The historical legacy of racist housing policies is also manifest in the wealth gap between white and black families. Because African Americans were barred from homeownership in the twentieth century, many black families have considerably less wealth than white families with the same income. This lack of wealth may continue to make homeownership out of reach for black families and ensure their continued reliance on affordable housing initiatives.

HOUSING FOR YOUNG ADULTS AND THE MIDDLE CLASS

In some rapidly gentrifying cities, particularly in the San Francisco Bay Area, housing is growing so expensive that many middle-income families can no longer afford to put down roots without government assistance. Palo Alto, California, for instance, is debating subsidized housing for families earning as much as $150,000 to $250,000 per year.

Although such proposals call attention to the problem of rapidly climbing housing prices that outpace pay rates, some critics are concerned that the attention and money given to the plight of middle-income families in expensive cities will divert those resources away from low-income families.

Concurrently, millennials across the United States are not buying houses at the same rate as previous generations. As of 2016, the United States’ homeownership rate is 63.8 percent—its lowest in 26 years. This is a source of worry for the country at large: if baby boomers put their houses on the market faster than millennials buy them, a new housing crisis may loom on the horizon.

The primary reason that millennials are not buying houses is economical. In a 2015 study released by the MacArthur Foundation, 80 percent of young adults reported difficulty finding housing they could afford to purchase.

PROBLEMS AND SOLUTIONS FOR AFFORDABLE HOUSING

Recently, several government policies have emerged that are designed to help people find a path out of poverty. In Texas Dept. of Housing and Community Affairs v. Inclusive Communities Project, decided on June 25, 2015, the Supreme Court ruled that organizations can be found in violation of the Fair Housing Act if their policies have disparate impacts on people of different races, regardless of whether racist discrimination was intended.

In the context of affordable housing, disparate impact refers to policies that result in discrimination against certain groups of people, regardless of intent. In delivering the majority opinion of the Court, Justice Anthony Kennedy stated:

Much progress remains to be made in our Nation’s continuing struggle against racial isolation. … we must remain wary of policies that reduce homeowners to nothing more than their race. But since the passage of the Fair Housing Act in 1968 and against the backdrop of disparate-impact liability in nearly every jurisdiction, many cities have become more diverse. … The Court acknowledges the Fair Housing Act’s continuing role in moving the Nation toward a more integrated society. Source

In the same year, HUD unveiled rules requiring communities to scrutinize their housing patterns for racial bias, report their findings to the federal government, and set goals for reducing segregation. The rules intend to address the fact that most affordable housing programs are concentrated in low-income, majority-minority neighborhoods with few resources.

Advocates state that HUD’s regulations foster integration and help low-income households escape poverty by placing them in neighborhoods that offer good schools and good jobs. Conservative commentators, however, see these new policies as invasive social engineering. Critics also point to evidence that some jurisdictions will turn down funding from the federal government rather than adhere to cumbersome policies.

Conservative and libertarian commentators have argued that affordable housing programs are detrimental to renters of all income brackets. Programs such as rent control and inclusionary zoning ordinances, they contend, either force developers to drive up rents to make up for lost profits or cause housing shortages because developers are reluctant to build in highly regulated housing markets. Instead, these commentators recommend relaxing urban growth boundaries so that developers can build additional new housing.

Meanwhile, a growing group of nonprofits has begun proposing initiatives to expand access to homeownership rather than rental units. One such initiative is the community land trust movement.

In a community land trust, a nonprofit buy parcels of land in residential neighborhoods. When a homeowner buys a house in the neighborhood, the nonprofit retains ownership of the land on which the house sits. This drives down the cost of homeownership and ensures that the land will not be sold to developers.