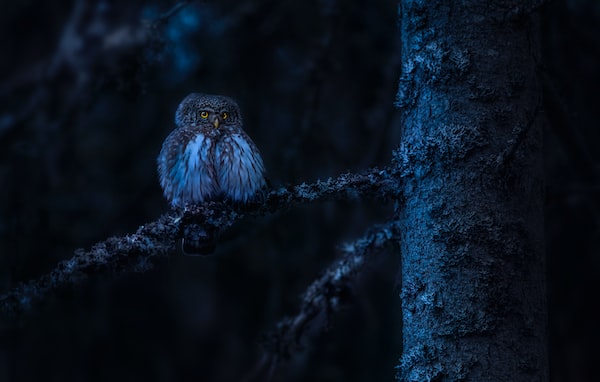 “Night owls” and “morning people” are familiar ways to refer to night people and day people. These “chronotypes” represent the ways people express their personal preferences for sleeping, waking, and productive hours each day. The physical changes that occur and the psychological patterns experienced by an individual within each 24-hour cycle are known as the circadian rhythm.

The most common chronotypes that come to mind are night owls; more energized people at night and morning people, or larks as some researchers call them more energized in the morning and early part of the day.

Researchers in Italy and Russia have found that there is likely at least one more type they label as intermediates, who are both larks and owls, often staying up late for bursts of productivity at night and rising early to get a jump on their day. These sleep scientists believe this third type may be the most common and consider it a symptom of our highly digitized, interconnected world, fueling today’s epidemic of lack of sleep.

Some researchers suggest many more chronotypes, but the most commonly noted types were created by American psychologist Michael J. Breus and are named after the animals that seem to most resemble each chronotype’s schedule: bear, wolf, lion, and dolphin.

Though researchers believe most people fit into one of these types, they aren’t cast in stone. It’s possible to change a chronotype type if necessary, for example, for night shift work.

What is the guiding force behind these chronotypes? Circadian rhythm. “Circadian” comes from the Latin phrase Circa Diem, meaning “a day”; the full term comes from the concept of a full rotation of the earth. The science of these cycles is called chronobiology.

To study chronobiology in humans, scientists study people and their habits, but they also study organisms that have genes that regulate sleeping and waking that are similar to humans, like mice and fruit flies. Using these animals and insects, researchers can study exposure to daylight and darkness and how that affects these genes.

The circadian rhythm’s biological function is much more than just a preference for sleeping and waking during day or night or an affinity for peak productive or alert hours. Circadian rhythm involves multiple body systems and processes. All living organisms have these cycles.

While circadian rhythms are not the same as a “biological clock,” they are affected by the body’s internal clock. This “clock” is actually a group of cells located deep within the brain, called the suprachiasmatic nucleus, (SCN). The SCN is located in an area of the brain called the hypothalamus.

The hypothalamus is a very important structure in the brain that helps regulate your body’s vital functions. For example, the hypothalamus helps keep your body temperature constant by letting the body know when to sweat to cool down if it’s too hot and when to shiver if it’s too cold so that the body warms up. Another of these functions is regulating your sleep cycles.

The SNC receives direct input from the optic nerves in your eyes and registers light and darkness. When there is less light, this signals the SNC to produce the body’s sleep hormone, melatonin. This mechanism is how an individual’s circadian cycles are controlled by daylight and darkness, and why most animals are awake when the sun is out and sleep when it’s dark outside. Researchers are studying how changing things like exposure to light from screens and shift work may affect circadian rhythms.

There are many circadian rhythm functions of the body that are timed with night and day. Sleep is simply the most recognized one. Other processes affected by circadian rhythms include things like appetite and activity levels.

Circadian rhythms also affect an individual’s overall health, not just sleep. According to the Centers for Disease Control and Prevention (CDC), one-third of adults in the U.S. don’t get the recommended amount of sleep.

Lack of sleep is a major health risk and is linked to automobile and workplace accidents. Sleep disorders and reduced sleep are also associated with chronic conditions like diabetes, obesity, heart disease, depression, and cancer.

By studying circadian rhythms in humans and other organisms, researchers in California discovered a protein called cryptochrome that is important in producing insulin. This protein helps the liver produce insulin in synch with the body’s circadian rhythm, producing more insulin when people are awake and eating more and making less insulin when an individual is asleep and eating less. These researchers believe this protein may help them create a new diabetes treatment.

Another research team in New York has identified two genes in fruit flies, Rca1 and CycA, that may be related to sleep cycles. The fruit flies they studied who had nonfunctioning versions of these genes slept fewer hours and didn’t function normally when awake. Humans and other animals have genes that function similarly. These researchers are hoping to discover the connection between genes and sleep in humans.

More than just explaining why some people are more active in the morning and others at night, circadian rhythm and chronotypes play an important part in life. Even though an individual’s chronotype may change, the need to maintain steady circadian rhythms doesn’t. Sleep, wellbeing, and good health are all dependent on these cycles.