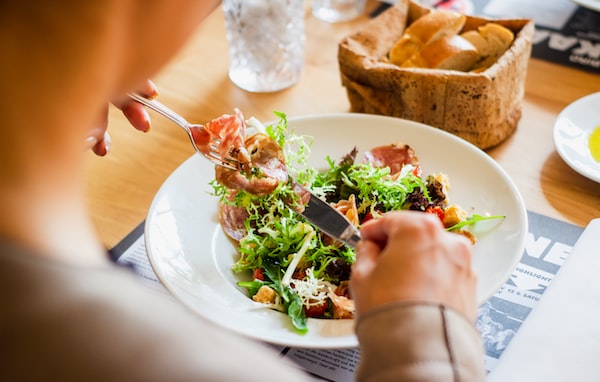 The Mediterranean diet is rich in grains, fruits, and vegetables; it offers a treat for the palate and the heart.

The Mediterranean Diet, its advocates say, is equally kind to the palate and the heart. This plan for healthful eating is based on the traditional cuisines of southern European and northern African countries bordering the Mediterranean Sea-regions with a low heart disease rate.

The diet was adapted for contemporary Americans and unveiled in 1994 by the Harvard School of Public Health in Boston, Massachusetts; the European regional office of the World Health Organization; and the Oldways Preservation & Exchange Trust, a private education group in Boston that has received some funds from the wine, olive oil, and nut industries.

What Mediterranean cuisines have in common is an abundance of grain; lots of fruits and vegetables; olive oil as the principal fat; moderate amounts of dairy products, such as cheese and yogurt; small quantities of fish, poultry, and red meat; and moderate amounts of wine, primarily at meals.

The critical components of the diet-grain, vegetables, and fruits-can be combined in various ways. Typical dishes include pasta tossed with tomatoes, eggplant, or other vegetables; couscous, steamed wheat with a vegetable sauce; tabouli, a salad of cracked wheat, raw vegetables, and herbs; and hummus, a spread for bread made of chickpeas and sesame-seed paste. Meals generally include bread and often finish with fruit.

Scientific support for the Mediterranean Diet goes back 30 years to the Seven Countries Study. Researchers from the University of Minnesota began this study in the late 1950s to evaluate the influence of eating habits on heart disease among more than 12,000 healthy, middle-aged men living in Finland, Greece, Italy, Japan, the Netherlands, the United States, and Yugoslavia.

The highest rate occurred among Finns: 28 percent of 755 Finns studied developed heart disease. The diets of both groups were high in fat, but the fat in the Cretans’ diet came primarily from olive oil, while that in the Finns’ diet came mainly from animal prodISucts.

Is The Olive Oil Defense Against Disease?

Since the Seven Countries Study, nutrition researchers have learned more about olive oil. They believe that its protective effect comes from the oleic acid it is rich in. This fatty acid does not raise the level of so-called bad cholesterol, low-density lipoprotein (LDL) cholesterol, which contributes to clogged arteries.

And it may increase the level of high-density lipoprotein (HDL) cholesterol, the “good” cholesterol that seems to clear the arteries of fat. Moreover, olive oil contains vas majority of vitamin E, a nutrient that researchers believe also protects against a build-up of artery-clogging deposits.

Many studies conducted after the Seven Countries Study have supported claims that a diet rich in plant foods and low in animal fat can lower the risk of heart disease and, possibly, of certain cancers. French researchers reported in 1994 on a study of the effectiveness of the Mediterranean Diet in preventing heart attacks in patients with heart disease.

The 605 men and women in the study all had had a heart attack within six months of entering the research and were less than 70 years of age. Half went on the Mediterranean Diet, and the other half followed a standard low-fat diet commonly prescribed for heart attack patients.

During the four years of the study, 20 participants on the low-fat diet died (16 from heart disease), but only 8 died (3 from heart disease) among those on the Mediterranean regimen. The Lyon Heart Study was set up by the French National Institute of Health and Medical Research.

The amount of vegetable fat or dairy foods that the women ate posed no rise in risk. In 1990, the report was based on data from the Nurses Health Study, an on-going survey of nearly 90,000 registered nurses by the Harvard Medical School in Boston.

Also Read:  How To Prepare a Living Will?

Produce Is An Apparent Protector

Fruits and vegetables appeared to offer some protection against breast cancer to women of all ages in the Greek study. One theory that explains this effect says that vitamins found in fruits and vegetables act as potent compounds called antioxidants inside the body. According to this theory, antioxidants can neutralize the harmful action of molecules called free radicals, which cells produce during metabolism. Damage done to cells by free radicals contributes to cancer.

The health professionals who developed the Mediterranean Diet plan have also created a Mediterranean Food Pyramid to make the diet easy to follow. The pyramid serves as an alternative to the Food Guide Pyramid introduced in 1992 by the U.S. Department of Agriculture (USDA). Both pyramids are guides to daily food choices, but they stress different eating patterns.

The base of both pyramids consists primarily of grains and starches. The Mediterranean pyramid recommends more fruits and vegetables, including protein-rich legumes (peas and beans) and nuts. The USDA pyramid considers legumes and nuts part of the “meat group” and advises eating two to three 3-ounce (85-gram) servings from this group every day. Nutritionists point out that this advice could translate to a whopping 9 ounces (252 grams) of red meat a day.

The USDA pyramid also recommends two to three dairy products daily, and so in this diet, mostly the fat comes from animal products rich in saturated fat.

By contrast, the Mediterranean Diet Pyramid recommends moderate amounts of dairy products and a minimal amount of red meat. The fat in this diet mostly comes from olive oil, though the substitution of other monounsaturated vegetable oils, such as peanut or canola oils, is permitted. Finally, the Mediterranean Diet offers optional wine with a meal: one glass for a woman, two for a man.

Critics of the Mediterranean Diet argue that it is high in fat, even though it is mainly olive oil. Americans already consume too much fat, they say, and rather than cutting back on other fats might simply add olive oil to the saturated fat they now consume in meat and dairy products.

The Mediterranean Diet’s recommendation of a glass of wine with meals is also controversial. Some fear that endorsing any consumption of alcohol might lead to abuse. Others point out that even moderate consumption of alcohol carries health risks. Studies suggest, for example, that alcohol consumption increases the risk of breast cancer, though the link depends on the amount consumed.

But other studies suggest that consuming moderate amounts of alcohol can benefit the heart, possibly by raising the level of HDL cholesterol. In 1990, an American Cancer Society survey of 276,802 men aged 40 through 59 found that those who took at least one drink of beer, wine, or hard liquor a day were at lower risk of heart disease than nondrinkers.

The following year, a similar survey by the society found a lower risk of heart disease among women who took one alcohol drink a day. Most physicians do not advocate that nondrinkers start drinking, however.

Will the Mediterranean Diet alter American eating habits? Many of its recommendations already form part of what we now consider healthful eating patterns: more vegetables, less meat, low-fat dairy products, and oils rather than hardened spreads. As its advocates note, the diet not only tastes good but is right for you.