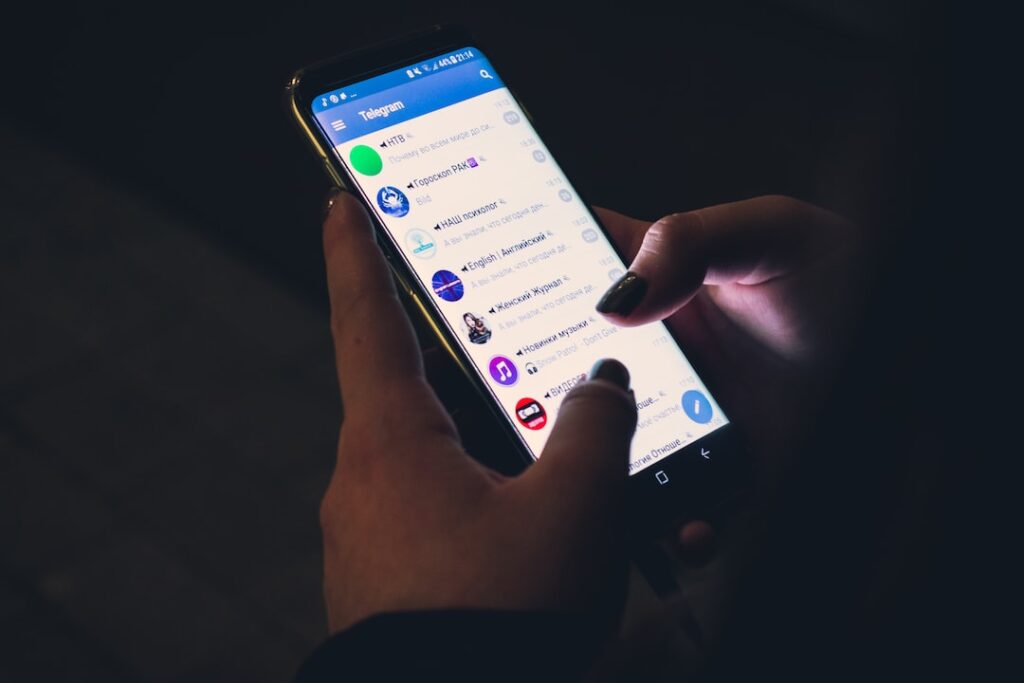 Sexting refers to the act of sending or receiving personal images, videos, and written text or audio files of a sexually suggestive or explicit nature through digital means. The term combines the words “sex” and “texting” and describes a trend that coincides with the introduction of cell phones equipped with text messaging in 1993 and those with built-in camera functions in 2002.

While the term is most commonly used in reference to taking and sharing nude or seminude photos and videos using mobile devices, a broader definition encompasses provocative exchanges of text and images via email, social media, online instant messaging, and video chat. Sexting often occurs between romantic partners, or between two people where one is making a sexual advance toward the other. The latter scenario may include cases of unsolicited sexting, which can result in criminal charges for harassment or civil lawsuits for causing emotional distress.

Attitudes about sexting vary in the United States, and studies indicate that sexting can have both positive and negative effects on relationships and individuals. A 2015 Drexel University study reported that 88 percent of adults between the ages of 18 to 82 sent or received a sext at some point in their lives. Three-fourths of participants who sexted with committed romantic partners reported that the practice provided greater levels of satisfaction in the relationship.

Rates of sexting among adolescents are comparatively low, but the practice is becoming more common, increasing as youth age, and most frequently involves the use of mobile devices. According to the Cyberbullying Research Center, in 2016, 12 percent of students between the ages of 11 and 18 surveyed reported sending a sext containing a nude or seminude photo of themselves to someone else, while almost 19 percent received such a photo from another person. In 2018 the academic journal JAMA Pediatrics published a review of multiple studies conducted since the popularization of the cell phone in the 1990s through 2016. The authors’ analysis determined that approximately 15 percent of teenagers 12 to 17 years of age reported sending a sext to someone else and 27 percent reported receiving one.

Sexting and the Legal System

Sexting among consensual adults over the age of 18 is legal and common, though publicly, it remains somewhat of a taboo subject due to the intimate nature of the practice. Possessing sexually explicit or obscene images of a minor, including nude or seminude photos, however, constitutes child pornography under the Prosecutorial Remedies and Other Tools to end the Exploitation of Children Today (PROTECT) Act of 2003.

A person can be charged with child pornography for creating, distributing, or receiving sexually explicit content featuring a minor. This includes photos that minors have taken of themselves, even if those photos are not shared with others. Parents who allow minors to take and possess nude or seminude photos of themselves can also be held legally accountable.

State laws concerning sexting between minors vary significantly, and penalties can range from a warning and a fine to detention and home confinement. Connecticut state law considers it a misdemeanor for children between the ages of 13 and 15 to send illicit images of themselves. Texas allows minors to share sexually explicit photographs between two people in a datingrelationship as long as they are not more than two years apart in age, even if one partner is 18 years old or older.

In Alabama, a teenager who is 16 years of age or older may be charged in juvenile court for possessing sexually explicit images of minor and as an adult for producing them. If convicted of child pornography, he or she may face incarceration, significant fines, and be required to register as a sex offender.

Several criminal cases broadcast nationwide have involved illegal sexting. Former New York congressman Anthony Weiner was sentenced to twenty-one months in prison and a $10,000 fine, followed by monitored Internet usage and enrollment in a sex-offender treatment program, after pleading guilty in 2017 to sexting a 15-year-old high school student. In May 2018 a middle-school math teacher in Queens, New York, was sentenced to prison for sexting with a 15-year-old student.

Teenagers have also been charged with crimes related to sexting. In Fayetteville, North Carolina, two 16-year-olds in a romantic relationship exchanged sexually explicit photos and were charged with felony sexual exploitation in 2015, even though the photos were not shared with others. Both students served a year on probation, and the felony charges were dropped. In Colorado, New York, and Connecticut, authorities investigated “sexting rings,” large numbers of students who circulated explicit photos and videos of other students without their consent. Arrests were made in some cases, including those in which the images were sold for money.

Sexting among Children and Adolescents

Youth attitudes toward sexting vary, with some viewing it as a harmless exchange and others concerned about the legality of sexting and potential for public exposure, or a compromised reputation. In a 2009 study conducted by the Pew Research Center, teens aged 12 to 17 reported engaging in sexting as an experimental activity they considered safer than sexual intercourse, as a way to initiate a sexual or a romantic relationship, or as the result of peer pressure.

A secondary analysis of the 2009 study published in 2014 in the Journal of Children and Media reported that while boys and girls between the ages of 12 and 18 years sexted the same amount, girls reported experiencing greater pressure to do so and worried they would be judged as promiscuous if they sexted, or prudish if they refused. Boys expressed far less worry about harsh consequences by peers for sexting. Girls were more likely to fear sexting would get them into trouble at school and were more likely to report sexting activity to a parent.

The impact of sexting on child and adolescent health and development, as well as appropriate ways of addressing sexting behavior, are concerns shared by parents, psychologists, and other experts. In 2014 the American Academy of Pediatrics reported that sexting is associated with higher rates of high-risk sexual behaviors among adolescents, especially when photos and images are exchanged.

Despite the association, however, a causal link has not been established to suggest that sexting causes adolescents to engage in such behaviors, which include having unprotected sex, which can result in unintended pregnancy and sexually transmitted diseases; having multiple sexual partners; and using intoxicating substances before sex.

Some psychologists defend sexting as part of normal adolescent exploration and healthy development in a relationship. However, they advise parents and educators to talk openly with teens about sexting to ensure that teens act responsibly and understand the risks of falling victim to coercion and other traumatic experiences involving sexting. On the other hand, some parents, religious organizations, lawmakers, and prosecutors advocate serious legal penalties for teen sexting, including cases involving consenting teenagers, to protect children from what they consider to be moral corruption and exploitation.

Some educators and parents advocate a “two-gated” approach, proactively addressing health and safety issues involving sexting by providing guidance both at home and at school. Advocates for safe sexting promote policies and laws that recognize the various degrees of sexting behavior, ranging from innocent exploration to criminal activity, and seek to protect victims of nonconsensual sexting rather than punishing them for engaging in sexting and taking nude photos of themselves.

Privacy experts have expressed concern over the security of sensitive images that may be misused in the long-term. They advise against sending unsolicited images; they encourage cropping out faces or any identifying marks when taking a nude or seminude photo; and encourage the use of encrypted services with greater levels of security to guard against hacking.

Communication through texts, social media, and file transfer services can often bypass consent. According to a 2017 report by the Pew Research Center, one-third of US adults have received an unsolicited explicit image without consent. Young women have been particularly affected, with over half of women aged 18 to 29 reporting that they received an unsolicited graphic image, based on a Pew Research Center survey conducted in 2017. According to the market research group YouGov, in 2017, 27 percent of men between the ages of 18 to 34 reported sending a graphic image of themselves, and one-fourth admitted that the graphic image they sent was unsolicited.

Many believe that sending unsolicited nude images of oneself constitutes indecent exposure and sexual harassment, which refers to any form of verbal or physical unwelcome sexual behavior. Victims who receive unwanted, unsolicited explicit images often report feeling emotional distress and feelings of violation.

Electronic messages containing explicit content can be difficult or impossible to keep secure once they have been sent, and young people are particularly at risk for violations of privacy as a result of sexting. According to the 2018 analysis of studies published in JAMA Pediatrics, 12 percent of teens between the ages of 12 and 17 admitted to forwarding an intimate sext they received to others without the consent of the original sender. The study found that 8.4 percent had their personal sexts forwarded without their consent, though this may be more difficult to measure because it could have happened to many others without their knowledge.

Rates of nonconsensual image sharing and sextortion are 14 percent higher for lesbian, gay, and bisexual individuals than for those who identify as heterosexual. In 43 percent of sextortion incidents, the victim reported that someone gained unauthorized access into an account or computer to steal their nude or intimate images.