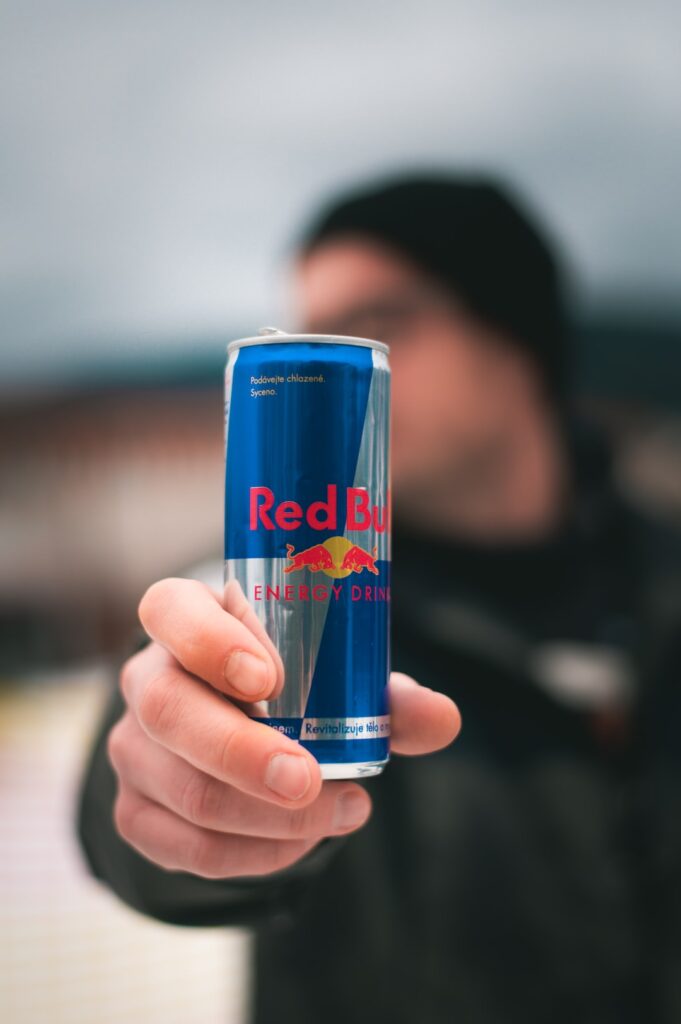 A “sports drink” can replace fluids and nutrients lost during exercise.

As millions of Americans have embarked upon the quest for strong and healthy bodies, manufacturers have jumped to develop products to satisfy almost every fitness need. While lacy leotards and neon-bright athletic shoes cannot promote better bodies, other products may directly impact performance and health. Among them are sports drinks, which are beverages designed to replenish fluids and nutrients lost during exercise.

The granddaddy of sports drinks is Gatorade. Researchers at the University of Florida in Gainesville introduced this beverage in 1965 to help prevent dehydration (the excessive loss of water from the body) in athletes. The new drink was tested on the university’s football team, the Gators, and dubbed Gatorade. It has since become the leading sports drink in the United States.

Beverage makers introduced many other sports drinks since the mid-1980s, including All Sport (made by Pepsico Incorporated of Purchase, N.Y.), PowerAde (made by Coca-Cola Company Incorporated of Atlanta, Ga.), and 10-K (made by Suntory Water Group, Incorporated, of Atlanta). Market analysts expect sports drinks to generate more than $1 billion in sales by 1995. But few consumers know how the products affect the body, what they are made of, or how to choose among them.

How to Combat Dehydration

All sports drinks are designed primarily to combat dehydration. Dehydration can occur during exercise if the water lost through sweating is not quickly replaced. At first, the volume of water in the blood drops. Then, if sweating is profuse, water is pulled from skin and muscle tissue. Without adequate blood volume, the heart pumps faster, the muscles may begin to cramp, and the body begins to have difficulty shedding excess heat. If the weather is hot and the person continues to exercise, the body may eventually become overheated to the point of collapse.

Of course, plain water can combat dehydration, and exercise physiologists say that sports drinks are probably not necessary for healthy people who exercise moderately-engaging in aerobic dance, for example—for no more than one hour. The fluids lost through sweating can be replaced simply by drinking water when thirsty.

But if you exercise vigorously for more than an hour at a time, you may find that a sports beverage provides other benefits. In addition to water, the commercial drink contains ingredients that enable the body to absorb fluids efficiently, that supply energy for working muscles, and that makes the beverage taste good enough to encourage you to drink plenty of it.

Effect of Carbohydrates in your Body

How effective your fluid intake will be is determined by how quickly fluids empty from the stomach and are absorbed through the small intestine and into the bloodstream. Because carbohydrates (compounds, such as sugars and starches, that are composed of carbon, oxygen, and hydrogen) encourage rapid fluid absorption, they are an important ingredient in sports drinks. Carbohydrates also impart an appealing taste and supply energy for muscles.

The main carbohydrates used in sports drinks are simple sugars called glucose, fructose, and sucrose. Glucose is found naturally in honey, and fructose is responsible for the sweet taste of fruit. Sucrose is ordinary table sugar.

Research has shown that glucose and sucrose effectively stimulate fluid absorption and provide energy to working muscles. Fructose, added in small amounts, helps sweeten beverages but is absorbed very slowly and can cause gastrointestinal (stomach and intestinal) distress and diarrhea if it is the only carbohydrate in the drink. Fructose also is not absorbed rapidly enough to be a good source of energy for working muscles.

Manufacturers of sports beverages have been tinkering with the amount of carbohydrates in their products for years. In the 1970s, research showed that if carbohydrates compose more than about 2.5 percent of the beverage’s volume, the drink empties relatively slowly from the stomach. By the mid-1980’s, however, studies concluded that higher amounts of carbohydrates would not necessarily cause stomach upset and were much better at promoting fluid absorption through the intestines. In addition, sports drink manufacturers began adding small chains of glucose, called glucose polymers, to drinks. These were initially thought to promote fluid emptying from the stomach but have since been shown to be no more advantageous than ordinary glucose.

Most drinks on the market are between 5 percent and 8 percent carbohydrate. Beverages that exceed 10 percent carbohydrate, such as soft drinks and fruit juices, take so long to be absorbed that they may fail to replace fluid losses as rapidly as needed. And drinking them while exercising may cause intestinal cramping, nausea, and diarrhea.

The carbonation and caffeine content of some soft drinks can pose problems as well. When warmed in the stomach, carbonated drinks may release carbon dioxide gas, which may cause gastrointestinal upset. And the caffeine that many soft drinks contain actually increases fluid loss by stimulating urine production. Alcohol also increases urination and should be avoided as well.

Plain Water or Fluids with Glucose

How does plain water stack up for fluid replacement during extended periods of exercise? Researchers at the University of South Carolina in Columbia in the mid-1980’s tried to answer this question by comparing the performance of three groups of people performing 10,800 pedal revolutions as fast as possible on stationary bicycles. The exercise took place in an air temperature of 27 °C (80 °F) with 67 percent humidity. One group of subjects replenished lost fluids by drinking plain water. A second group consumed water that contained 2.5 percent glucose. A third group drank a 6-percent glucose solution.

The researchers found that all three drinks helped regulate body temperature and helped maintain a healthy heart rate, but only the 6 percent solution provided enough energy to improve performance, as indicated by how long and how fast the participants cycled. Other studies with similar results have led researchers to conclude that sports drinks can offer benefits when used appropriately.

In addition to fluid and carbohydrates, many sports drinks also contain sodium. Sodium, potassium, chloride, and other chemicals are known as electrolytes, which conduct electricity when dissolved. Adequate levels of electrolytes in the body are necessary for many vital functions, including the contraction of muscle fibers, the transmission of nerve impulses, and the maintenance of proper fluid levels in cells.

Sweat contains sodium along with other dissolved substances—which accounts for its salty taste. But exercise physiologists say that most people do not need to be concerned about losing electrolytes due to exercise. Stores of sodium and other electrolytes typically risk becoming depleted only during an extremely long period of sustained exercises, such as a triathlon or marathon. In these cases, sodium replenishment is essential to prevent hyponatremia (low blood sodium). The symptoms of hyponatremia start with confusion and headache and can progress to unconsciousness and coma. The condition occurs infrequently but, if untreated, can be fatal.

The sodium contained in sports drinks has less dramatic benefits for recreational exercisers. An elevated sodium level in the blood is the mechanism that triggers thirst. If you drink plain water during prolonged exercise, you may satisfy your thirst before your body’s true rehydration needs have been met. But by consuming sodium along with the water, you may continue to feel thirsty longer, and thus will drink more.

At What rate fluids must be replaced

The amount of fluid a body will need to have replaced during a workout varies from person to person, depending on how much he or she sweats. Most people will fare well by consuming 0.2 to 0.5 liter (1 to 2 cups) of their preferred drink about 15 minutes before exercising. You should drink about half that amount every 15 to 20 minutes in warm weather and every 30 minutes in cool conditions during exercise. Weighing yourself before and after exercise can provide a more exact indication of your body’s fluid needs. For every 0.5 kilogram (1 pound) you sweat away during exercise, your body will require 0.5 liter (2 cups) of fluid to replace it.

Which Sports Drink to Choose

If you have determined that your exercise level requires something more than water to keep you going, you will probably wonder which sport drink is best. That decision is mostly a matter of personal preference. Fitness experts suggest experimenting with drinks containing between 5 percent and 10 percent carbohydrate and some sodium. Avoid drinks high in fructose. The drink you choose may cause some gastrointestinal upset at first, but that should disappear within a few days. If it does not, try switching to a brand with a different concentration of carbohydrates. Also keep in mind that the beverage should taste good, so that you will be inclined to drink adequate amounts of it.

Despite the benefits of sports drinks, physiologists say it’s wise to ignore advertising that portrays these products as able to boost a person’s strength, skill, or overall athletic ability. Everybody has its limit, and while sports drinks can support your athletic performance, no magic elixir can make everyone a star.