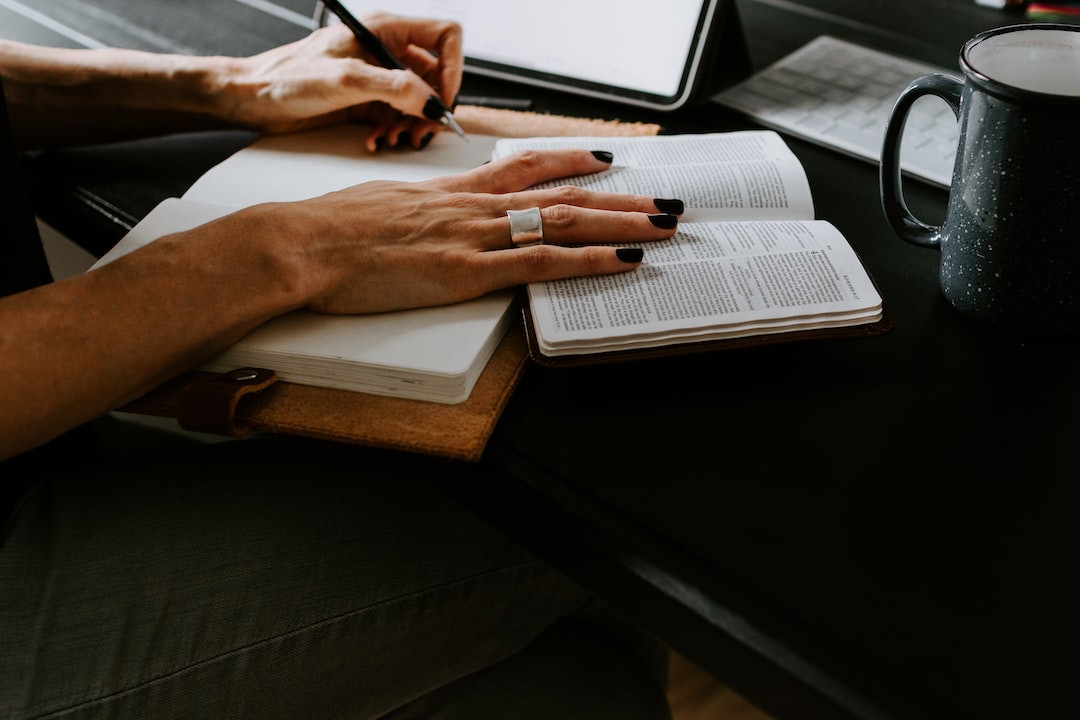 Immigration presents several cultural, legal, political, and economic issues within the field of education. Immigrants may have unique educational needs related to linguistic barriers and cultural and social alienation; different cultural practices and pedagogical standards in their new country; possible trauma or gaps in education due to the process of migrating; and legal barriers that may prevent them from attending school.

The second-generation children of immigrants may face similar issues, as well as problems with discontinuity between the language and values at school and at home.

Following World War II (1939–1945) Western education theory began to regard issues of immigration as integral to primary, secondary, postsecondary, and adult education. Many educators see education as an important factor in assimilation, language development, and economic advancement of immigrants and their children.

Highly educated immigrants tend to assimilate better and have stronger economic outcomes. In Western countries immigration policies tend to favor those who are already highly educated. For example, the H-1B visa program in the United States, which allows businesses to temporarily hire employees from foreign countries, focuses on highly skilled workers from desirable fields.

WORDS TO KNOW
AMERICANIZATION:
The process of assimilating immigrants to American culture.
ASSIMILATION:
The process that immigrants and their descendants undergo to eventually adapt to the social, political, economic, and cultural characteristics of their adoptive nations. This change may take place over many years and several generations.
CULTURAL DISCONTINUITY:
A theory that purports that immigrant students are at a disadvantage because of cultural and linguistic differences between their school and their homes.
CULTURAL ECOLOGY:
A theory that builds on the theory of cultural discontinuity to argue that students are affected differently by discontinuity depending on complex factors such as race, motivation to immigrate, and perceptions of opportunity.
FIRST GENERATION:
A term used to refer to immigrants who permanently relocate to a destination country; their children born within the destination country are referred to as second generation.
INCENTIVIZE:
To provide something that would encourage others to act.
LINGUISTICS:
The study of language and its various components, including structure, context, and meaning.
MULTICULTURALISM:
The coexistence of different groups of people, including a variety of ethnicities and religions.
SECOND GENERATION:
The children born to immigrants who permanently relocate to a destination country; their parents are referred to as first generation.
STIGMA:
Negative feelings about, or characteristics attributed to, a particular person or group.

In countries that have large immigrant populations, issues of immigration and education, especially taxpayer-funded public education, are often highly controversial. Some argue that the presence of immigrants in the classroom tends to thwart the educational achievement of native-born students.

Others argue that multicultural education gives students better outcomes and also better prepares them for global citizenship. Studies in the United States have shown that second-generation Americans tend to attain college degrees at a slightly higher rate than the overall population.

Migration and education have intersected for much of human history. The study of the relationship between the two, however, is a relatively recent phenomenon. During periods of mass migration, the question of how (or whether) to educate immigrants and their children has been a controversial one in many societies.

Segregation of Immigrants in Education

One approach to the rise of immigrants with educational needs has been segregation. The ability to receive an education has often been tied to other rights and the broad notion of citizenship. In the early American colonies, public and private schools in New England were open only to white males, mostly upper-class men of British Protestant descent.

At certain points in US history, laws were passed to bar specific groups of people and their children from schools. In the 18th and 19th centuries, states passed laws banning slaves and even free blacks from any kind of education.

In the southwestern United States, Mexican immigrants and their children were often segregated into underfunded all-Mexican schools. Students of Chinese descent were barred from California’s white public schools, prompting the nation’s first Chinese school to open in 1859 in San Francisco, serving both children and adults. In 1871, however, the California government closed the school and removed the right of Chinese Americans to attend even separate schools.

Despite attempts to ban segregation of immigrant children, educational segregation has persisted into the 21st century. A 2014 European Commission study found that children of Roma descent within the European Union are often put into separate classrooms or schools. Such segregation reduces the quality of their education and increases the stigma of immigrant status.

Another approach to immigrant education has been the promotion of assimilation. In the United States in the mid-1800s, the “common school” movement, led by Horace Mann (1796–1859), advocated for taxpayer-funded public schools with shared curricula. Many historians, including Michael Katz in his 1987 book Reconstructing American Education, argue that the rise of the common school stemmed partially from anxiety about rising immigration, especially of Catholics and Jews.

In 1906 US President Theodore Roosevelt (1858–1919) signed the Naturalization Act into law, requiring immigrants to learn English in order to gain citizenship. Similarly, in Canada, during a large wave of immigration in the early 20th century, public schools were seen as places to educate immigrant children in Canadian culture, values, and the English and French language.

Rise of Multicultural and Bilingual Education

In the second half of the 20th century, many educational scholars began to focus on the special needs of first- and second-generation immigrants in education. The legal environment also became more accommodating toward the educational needs of immigrants, although tensions and anxieties have always been present.

In 1947 US federal courts in California found it illegal to separate Mexican American students into their own schools. This anticipated the 1954 US Supreme Court decision Brown v. Board of Education, which found all segregation in public schools to be unconstitutional.

In the United Kingdom, following World War II, a large wave of immigrants arrived, many from former British colonies such as India and Hong Kong, as well as the Caribbean. Anxieties among British nationals about having “too many” immigrants in schools led to a policy of dispersal, in which immigrant children were separated into as many schools as possible.

The courts ruled dispersal illegal in 1975, and schools began to receive funding for policies specifically designed to educate immigrants and learners of English as a second language.

Also Read:  How To Take a Walk Outside In Winter

Bilingual education, which involves teaching school subjects in two languages, began in the United States in the late 1950s and was codified into law in 1968, when President Lyndon B. Johnson (1908–1973) signed the Bilingual Education Act.

Then, in 1982, in the case of Plyler v. Doe, the Supreme Court struck down Texas laws that barred undocumented children from receiving a public education.

Nevertheless, issues of immigrant education remain deeply controversial. Bilingual education, although practiced in hundreds of countries, has been criticized by opponents who argue that it prevents assimilation and holds back the development of native speakers. Proponents of bilingual education argue that bilingual language skills develop easily in young children and tend to enhance learning.

They also claim that bilingual education can help close achievement gaps between children who do not speak a dominant language in their home and those who do.

In the 1970s theorists such as US anthropologist Frederick Erickson advanced a theory of cultural discontinuity, which states that immigrant students are at a disadvantage because of cultural and linguistic differences between their school and home.

However, Nigerian American anthropologist John Ogbu (1939–2003) stated that this was an inadequate explanation for why some immigrant populations fare better than others. He developed a theory of cultural ecology, which argues that students are affected differently by discontinuity depending on complex factors such as race, motivation to immigrate, and perceptions of opportunity.

Some people immigrate to another country to attend a university within a system that is highly valued in their home country or with the hope of getting a skilled job in the country where they are being educated. For example, a Chinese student might receive a Western education and then return to China with better job prospects. Many state universities in the United States, such as the University of Illinois at Urbana-Champaign, rely financially on Chinese enrollment.

People may also immigrate to obtain a higher-paying job in another country. Many developed countries have some kind of program that recruits or incentivizes the immigration of highly educated individuals. In the United States the H-1B visa program tends to recruit immigrants with advanced degrees in such fields as medicine, science, and technology. The emigration of highly educated individuals is known as human capital flight, or “brain drain.”

However, even non-refugee immigrants may lack economic resources, which can create challenges to receiving an education.

In addition to facing language barriers and bullying or discrimination within the host country, refugee children who reach the classroom may have severe trauma from their refugee experience. Because the refugee process can take years, many have large gaps in their education.

A number of immigrants face cultural barriers in trying to obtain an education in a new country. New arrivals tend to experience profound culture shock, and these cultural differences can become large barriers to education.

Cultural differences between school and the home can also result in feelings of alienation and confusion. The school environment has a set of values and norms that may conflict with the culture of the home or of a previous school that the immigrant attended.

The new school’s social standards, gender norms, or clothing style might be vastly different, leaving a student socially isolated. Thus, many second-generation immigrants feel conflicted between preserving the values of their parents and ancestral land and adapting to a new environment.

Language abilities can also create generational divides in immigrant families. Although nonprofit and governmental resources for adult learners exist in many countries, young immigrants tend to learn new languages more easily than adult immigrants. Often, the children of immigrants will translate simple interactions, such as trips to the grocery store, for their parents.

However, if parents are not proficient in the language of their child’s schooling, they cannot help with homework or speak to their child’s teachers.

For children who live in ethnic communities where another language is spoken, school may be their first exposure to the dominant language of their new country. A lack of proficiency in the dominant language makes it difficult to achieve high educational outcomes and creates unique challenges for educators.

Some children who immigrate at a young age might forget or never learn to speak the language of their parents well, in a process called first-language attrition. According to a Pew Research Center report from 2013, about 9 in 10 second-generation Asian American immigrants are proficient speakers of English, but only about 4 in 10 can speak their ancestral language well.