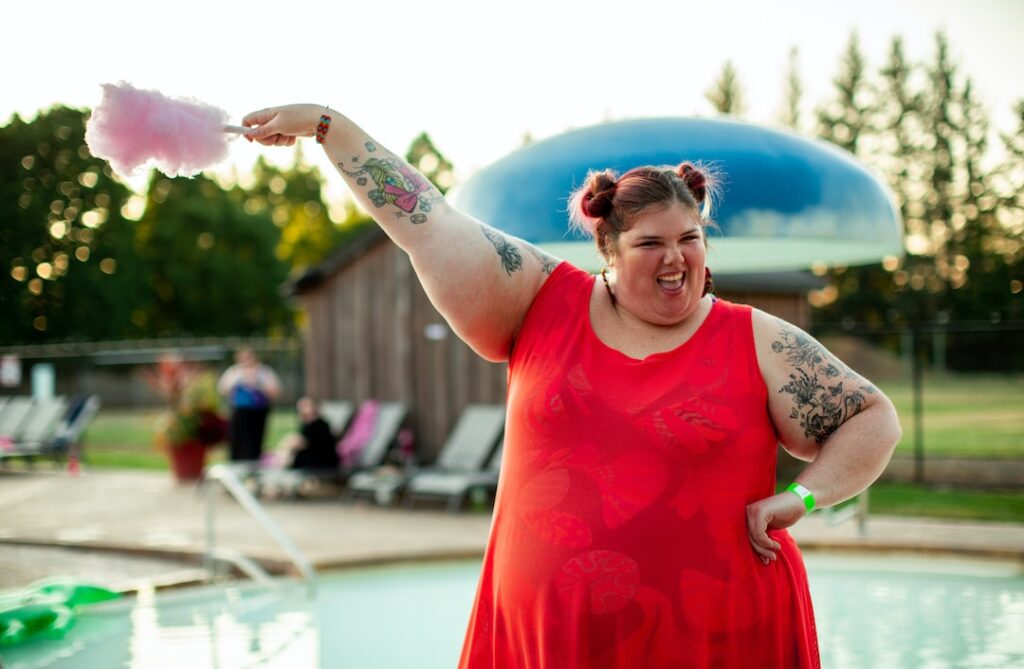 Childhood obesity is a condition in which a child is significantly overweight for his or her height and age. Excess weight leads to health problems previously common to adults, such as high blood pressure and high cholesterol. Obesity can also contribute to other health conditions, including cardiovascular disease, diabetes, asthma, sleep disorders, eating disorders, some forms of cancer, and early-onset puberty. Additionally, children who are obese tend to become obese adults. Although they are rare, genetic or hormonal conditions such as Prader-Willi syndrome, which causes chronic hunger and growth problems, can also cause childhood obesity. More typically, however, nutrition and an inactive lifestyle are the most common causes.

In the United States, childhood obesity rates have more than tripled since the 1970s, with roughly one in six children aged six to nineteen suffering from obesity. The Centers for Disease Control and Prevention (CDC) compared the results of its annual National Health and Nutrition Examination Survey (NHANES) from 1999 to 2014 and found that the percentage of obesity for children ages two to nineteen increased from 13.9 percent to 17.2 percent during this time. While a 2016 study by the nonprofit Trust for America’s Health found the national childhood obesity rate held steady at 17 percent over the previous decade, the rate changed among different age groups. The youngest group, children ages two to five, gradually decreased, while the oldest group, children ages twelve to nineteen, rose to a rate of about 20 percent in 2014.

Childhood obesity is diagnosed by calculating a child’s body mass index, or BMI, which is factored using a child’s height and weight. The BMI is then compared with other children of the same sex and age across the country on a BMI-for-age growth chart. If a child’s BMI is in the 95th percentile, meaning their BMI is higher than 95 percent of the population, he or she is considered obese. For example, the average height for a six-year-old girl is around forty-two inches. If she weighs fifty pounds, she would have a BMI of 20 kg/m2, placing her above the 95th percentile for BMI. This is a more reliable way of determining obesity than by looking at weight alone, because healthy weight ranges vary by age, sex, and height. Children who are considered to be overweight have BMIs between the 85th and 94th percentiles for their age.

The causes of obesity in children are similar to those among adults. Poor nutrition, irregular sleep routines, and a sedentary lifestyle have all been linked to childhood obesity. Environmental factors can also make it difficult to maintain healthy habits in children. Childcare centers, schools, and community access to healthy food options can all affect children’s diets and opportunities for physical activity. Some genetic factors can also contribute to childhood obesity; however, a genetic disposition to obesity can be exacerbated by behavior choices, such as a high calorie intake and lack of exercise.

The increase of low-nutrition, low-fiber carbohydrates—often referred to as “bad carbs”—in the American diet plays a role in weight gain. These foods are digested quickly, meaning that people feel hungry again sooner and need to consume more calories in order to feel full. Such carbohydrates are generally found in refined products such as french fries and potato chips as well as in white sugar and flour used to manufacture soda, candy, white bread, some cereals—particularly those marketed for children—and many other snack products. Fast food restaurants, under heat for the low nutritional value of the foods on their menus, have responded by offering healthier choices, such as apple slices instead of french fries or low-fat milk in place of soda.

Research has shown that some demographics—particularly African Americans, Latinos, and Native Americans—are at higher risk for obesity than others. According to a study commissioned by the Robert Wood Johnson Foundation, 35.2 percent of African American children two to nineteen years old are overweight or obese, compared to 28.5 percent of white children and 31.8 percent of all children and teenagers in the United States. For Latino children of the same age, 38.9 percent were found to be overweight or obese. A similar study of more than nine thousand Native American children ages five to eighteen who lived on or near a Native American reservation found that 39.3 percent of these children suffered from obesity. Limited access to affordable, healthy food and safe access to areas for play and physical activity have been largely identified as the contributing factors to the increased risk of obesity among these demographics.

Role of the Food and Advertising Industries

Food advertising has also been found to contribute to excessive weight gain in children. Research by the American Psychological Association found that advertising has a direct negative effect on children’s eating habits. Furthermore, a high percentage of marketing tactics targeting children advertise nonnutritious foods, such as fast food, candy, sugary cereals, and snacks. Food advertising makes up roughly 50 percent of all the ad time during children’s programming on TV. Children ages two to seventeen are rarely exposed to public service announcements (PSAs) or ads for healthier foods, with children seeing an average of twelve to twenty-one ads for unhealthy food every day, versus less than one healthy food advertisement or PSA a week.

An April 2017 report by the Rudd Center for Food Policy and Obesity at the University of Connecticut found that 56 percent of parents believe that food marketing negatively influences their children’s eating habits, while 71 percent believe food companies are not acting socially responsible when advertising directly to children. Those who share these views often point to factors such as manipulative marketing, misinformation about nutrition, and the overall cost of living as influencing the obesity epidemic—causes that would require changes in government and industry policies. While many consider fast food consumption and advertising a contributing factor to childhood obesity, a 2013 study from the University of North Carolina found the consumption of fast food to be a small part of the problem. Rather, the authors determined that food choices in schools and dietary patterns at home were more strongly linked to poor nutrition and higher weight gain.

Also Read:  Type 1 Diabetes - Everything you need to know

Social and Behavioral Side Effects

Depression, loss of self-esteem, and anxiety are conditions that frequently accompany obesity and can interfere with learning and create difficulties for social development. Studies have found that both depression and obesity can cause decreased levels of the hormone serotonin, increasing the likelihood of a child who is obese to also suffer from depression. Research also shows that children and teens suffering from depression are more likely to become obese than their nondepressed peers. Additionally, obese children are often the targets of bullying, which can lead to self-esteem and body image issues.

As they mature, girls especially tend to become increasingly concerned about their appearance and more aware of images of thinner women in the media. Preteen girls are particularly at high risk for developing eating disorders such as anorexia and bulimia, and vulnerable to the dangers of overexercising and crash diets. Some teens, both male and female, will also take up smoking in the hope that it will help them lose weight, which can lead to additional health risks. Heavier childhood weight has also been linked to substance use at an earlier age, according to a 2016 study conducted by the University of Indiana.

Nonprofits and government and international agencies have proposed multifaceted prevention strategies to address the environmental, behavioral, and social issues that can lead to excessive weight gain. To help prevent obesity in infants, for instance, the World Health Organization (WHO) suggests that parents try to initialize breast feeding within the first hour of the child’s birth; to continue to breast feed exclusively for the child’s first six months; and to combine breast feeding with nutritional and safe solid food for up to two years of the child’s life. In the United States, the Special Supplemental Nutrition Program for Women, Infants, and Children (WIC) works with low-income children under the age of five and pregnant or postpartum mothers, and promotes healthy nutrition and activities for children. Between 2010 and 2014, the program saw a decrease in obesity rates among participating toddlers from low-income households in more than half of all US states and territories.

Changes to early childhood education and healthier, nutritious school meals can help fight obesity in school-aged children. A longitudinal study conducted by the CDC that compared healthy food offerings in public schools found that the percentage of schools offering two or more vegetables per meal increased from 62 percent in 2000 to 80 percent in 2014. Moreover, the percentage of schools offering two or more fruits increased from 68 percent to 78 percent, and a third of schools offered a salad bar to their students by 2014. Despite these reforms, however, the overall decline in childhood obesity has been small, suggesting that an increase in healthy food options does not necessarily result in students eating healthier foods.

Tax proposals have also been developed with the aim of discouraging the consumption of unhealthy foods such as sugary beverages by making the cost of these foods less desirable to consumers, including parents of young children. This is modeled after similar endeavors involving cigarette taxes, which have been used to discourage smoking. However, since there are many factors that can contribute to obesity, deciding what junk foods should be taxed is much debated. Furthermore, research from the Tax Policy Center predicts that a modest junk food tax will likely only reduce the obesity rate by 1 to 4 percent.

Health experts and advocates have also recommended similar strategies for children’s diet and weight management at home. In addition to ensuring that children participate in adequate physical activity outside of school, the American Heart Association encourages parents to cultivate healthy eating habits at home by incorporating more nutritious ingredients into daily meals, offering a variety of balanced snack options, and avoiding food purchases that are high in calories. Parents are also urged to practice these healthy eating and exercise habits themselves in order to model and encourage these behaviors among their children.