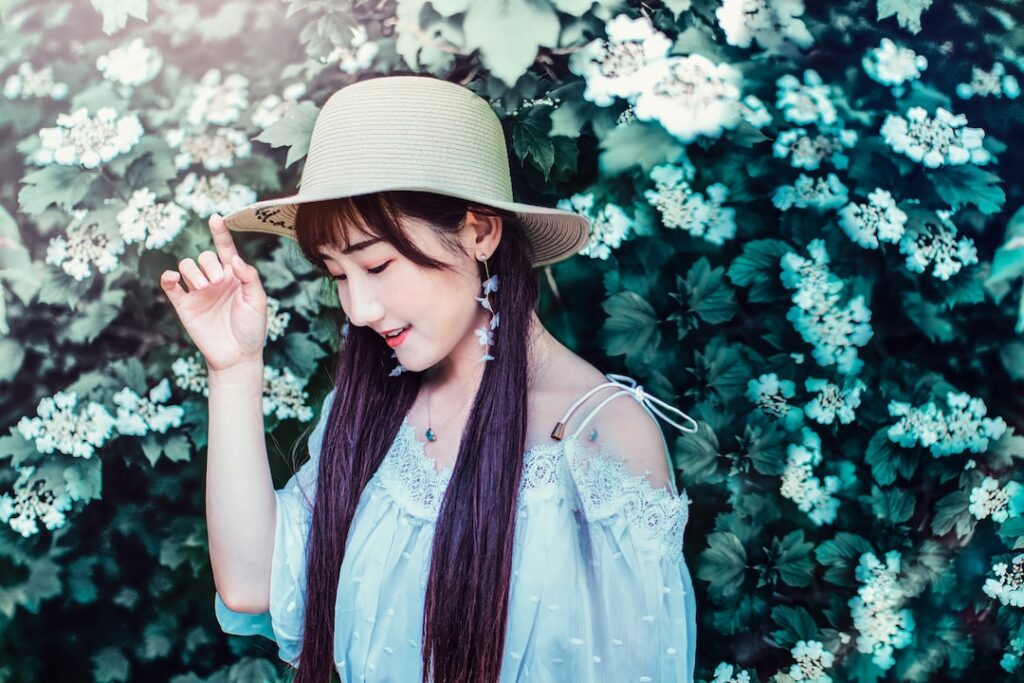 From the 1850s to 1882 Chinese immigrants came to the western United States looking for employment they could not find in their home country. After China lost the First Opium War (1839–1842) to the British over economic and political disputes, the nation was forced to open trade relations with Great Britain. These associations left many Chinese people in poverty. Jobs became scarce in China, and Chinese men looked to the United States with the hope of finding prosperity there. They left their families behind to seek their fortunes overseas.

When they arrived in the United States, Chinese immigrants took low-skilled, low-paying jobs in mining, farming, and, most notably, the building of the first transcontinental railroad from Omaha, Nebraska, to Sacramento, California. Many white American men saw these immigrants as a threat to their own livelihood, and anti-Chinese sentiment grew. This led to a series of laws restricting Chinese immigration, slowing the flow of immigrants to a minimum until the 1940s.

Immigrants from China came to the United States seeking steady income to support their families. Once they arrived, however, they faced racial prejudice, exploitation by employers, and even violence from white workers who saw them as threats to their own livelihood.

Chinese interest in immigrating to the United States began in 1848 when prospector James W. Marshall (1810–1885) discovered gold in Northern California. As many as 25,000 Chinese people crossed the Pacific Ocean to California from 1849 to 1851 with the hope of striking it rich in “Gold Mountain” (as they called California), according to historian and author H. W. Brands. Only a handful, however, actually found gold, and the rest had to choose between staying and making the best of their situation or returning home to China, where floods, famine, and political unrest with Great Britain severely limited the opportunities for work.

Chinese immigrants took jobs in factories making shoes, clothing, and cigars. Some became gardeners or worked on farms, whereas others served as domestic help in the homes of wealthy people. Many became laundry workers, and some ran their own laundry businesses.

Chinese Immigrants and the Transcontinental Railroad

In 1863 the US Congress passed the Pacific Railroad Act, giving railroad companies free land and financial loans to build the first transcontinental railroad. The Central Pacific Railway Company began work on the western section of the route, which began in Sacramento, and soon determined that it would need tens of thousands of workers to complete the job. Chinese immigrants became the primary source of cheap labor because white workers were reluctant to take on the labor-intensive, often dangerous work.

Leland Stanford (1824–1893), president of the Central Pacific Railway, reported to Congress in 1865 that “the greater portion of the laborers employed by us are Chinese, who constitute a large element of the population of California. Without them it would be impossible to complete the western portion of this great national enterprise, within the time required by the Acts of Congress,” as quoted in “CPRR FAQs” on Stanford University’s website. Historians estimate that as many as 15,000 Chinese workers built the western section of the railroad and that Chinese workers made up at least 90 percent of the railroad workforce.

Amid this effort the United States proposed the Burlingame-Seward Treaty with China, expanding trade and commerce with the country while allowing the Chinese to travel and immigrate freely throughout the United States. The treaty, signed in 1868, was good news for American industrialists, as it promised a steady supply of cheap labor, particularly in territories on the West Coast.

When the railroad was completed on May 10, 1869, a number of Chinese immigrants remained as track repairmen, whereas others went on to build the Southern Pacific and Northern Pacific railroads. Some turned to farming, mining, or building levees along western rivers, and some became domestic servants. Many moved to neighborhoods in cities with high concentrations of Chinese immigrants, sometimes called Chinatowns. These Chinatowns grew in such cities as San Francisco, Sacramento, Los Angeles, and smaller western towns.

In Yellow: Race in America beyond Black and White, law professor and author Frank H. Wu noted that the more Chinese immigrants worked, the more white Americans resented them for taking jobs that they felt should only go to them. Anti-Chinese activities ramped up in the western states, where some whites referred to Chinese immigrants as the “yellow peril,” a derogatory term made popular in the California press.

Anti-Chinese Actions and Laws in the Late 19th Century

Throughout the 1870s and 1880s, Chinese immigrants became the targets of violent acts. In a race riot in Los Angeles on October 24, 1871, hundreds of white men attacked Chinatown, looting homes and torturing and hanging 17 Chinese immigrants in one of the largest lynchings in US history.

When economic depression occurred in the 1870s, the Chinese were blamed for the white workers’ financial hardships. Fears about the alleged economic threat posed by Chinese immigrants were reflected in legislation and social unrest. The Page Act of 1875, which was established to prevent “undesirables” from entering the country, forbade immigrants from Asia who were coming as prostitutes (as determined by the consulate, whether true or not) or forced laborers. Although the Page Act banned those who wanted to enter “for lewd and immoral purposes,” its overall effect was that it kept most Asian women from coming to the United States, forcing their male relatives to sail without them.

Legal restrictions and public protests were not enough to stop Chinese men from coming to the United States, which resulted in even more restrictive legislation. In 1882 Congress passed the Chinese Exclusion Act, forbidding workers from China from entering the United States for the following 10 years. The Geary Act, passed in 1892, extended this prohibition for another decade, adding the requirement that all Chinese residents in the United States carry a permit to prove they were allowed to be in the country. Those who did not have the permit could be deported. The act also prevented women and children from joining male relatives, separating families indefinitely.

EXPLOITATION:
The act of treating someone unfairly to benefit from his or her work.
NATIONALISM:
The belief that one’s home country is superior to all other countries and that its people are superior to people from other countries.
NATURALIZATION:
In the context of immigration, naturalization refers to the process by which immigrants are granted citizenship in their adoptive country.

A landmark case decided by the US Supreme Court in 1898 forced the government to reconsider its rules against Chinese immigrants becoming US citizens. Wong Kim Ark, born in San Francisco in 1873, traveled to China when he was 21 to visit his parents, who had previously lived in the United States for 20 years. When he returned to the United States, however, he was denied entry because he was not acknowledged to be a US citizen.

Wong’s case went all the way to the Supreme Court in United States v. Wong Kim Ark. In a 6–2 decision, the justices determined that the 14th Amendment to the US Constitution protected his right to citizenship. The amendment states that “all persons born or naturalized in the United States, and subject to the jurisdiction thereof, are citizens of the United States and the State wherein they reside.”

Chinese Immigration in the 20th and Early 21st Centuries

Anti-Chinese sentiment continued to harden into the 20th century. In 1904 Congress voted to make the Chinese Exclusion Act permanent. During World War I (1914–1918) many Americans became suspicious of anyone who was from a country that was not a US ally in the war. They also were apprehensive of people who spoke with an accent. This nationalism prompted Congress to pass the Immigration Act of 1924. The law established a national quota to restrict the number of people who could enter the United States from any country, allowing just 2 percent per year of the number of people of that nationality who were already in the United States at the time of the 1890 US Census. Congress added a second limit in 1929, a complex calculation that measured the number of immigrants from any one country against the total US population.

In December 1941, following the Japanese attack on the US naval base at Pearl Harbor, Hawaii, the United States entered World War II (1939–1945) by declaring war on Japan. The US alliance with China in the war in the Pacific theater made the immigration laws written to keep the Chinese out of the country increasingly embarrassing. Congress voted to repeal the Chinese Exclusion Act in 1943, establishing instead a nominal quota of about 105 visas per year for Chinese immigrants. It finally abolished the strict immigration quota laws in 1965, opening US borders to immigrants from China and dozens of other countries.

The flow of immigrants from China did not significantly increase until 1978, when the People’s Republic of China lifted migration restrictions as it opened that country’s economy to the global market. According to the Mi-gration Information Source, 299,000 Chinese immigrants entered the United States in 1980, and by 1990 that number had increased to 536,000.

Chinese immigrants report higher-than-average levels of education compared to the overall immigrant population in the United States. In 2013, according to the US Census American Community Survey, 47 percent of Chinese immigrants older than 24 had a bachelor’s degree or higher, whereas only 29 percent of the total immigrant population in the United States had college degrees.

At the same time, however, many Chinese immigrants do not speak English, which limits their ability to find work outside of tightly knit Chinatown communities in major cities. Language and cultural barriers often make it difficult for Chinese immigrant families to access social services that could provide them with financial assistance and health care. According to the US Census American Community Survey, about 18 percent of Chinese immigrants did not have health insurance in 2013. This was a higher rate than that of the native-born population (12 percent) but much lower than that of the overall immigrant population (32 percent).

Chinese immigrants have a higher-than-average naturalization rate among immigrant groups in the United States, despite the fact that China does not permit dual citizenship. According to the Office of Immigration Statistics of the Department of Homeland Security, 31,241 immigrants from China became naturalized US citizens in 2015.