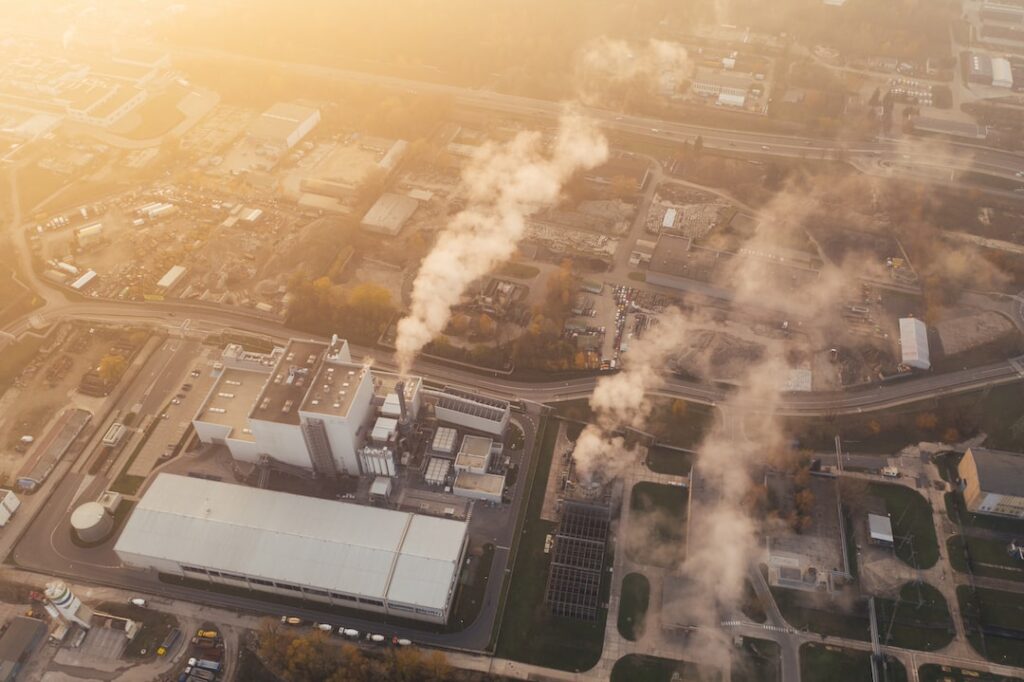 As developing nations struggle with population growth, poverty, famines, and wars, their residents are discovering the environmental effects of these problems, in the form of increasing air, water, and land pollution. Pollution is almost unchecked in many developing nations, where Western nations dump toxic wastes and untreated sewage flows into rivers. Many times, the choice for developing nation and least-developed nation governments is between poverty or poison, and basic human needs like food, clothing, and shelter take precedence.

Industrialized nations often dump wastes in developing countries where there is little or no environmental regulation, and governments may collect considerable fees for accepting their garbage. The U.S. Environmental Protection Agency (EPA) reports that over 40 million computers were discarded due to obsolescence in 2007. The EPA has also stated that it is up to ten times less expensive to export discarded consumer electronics products (also known as e-waste) to developing nations for disposal, rather than to dispose of those defunct electronic products domestically. Unfortunately, e-waste shipments to the third world have become notorious for the ill-effects wrought on the peoples and environments of those countries. E-waste recycling in underdeveloped nations exploits the cheap sources of local labor to reclaim the lucrative components of discarded computers and other electronic devices. If not dismantled using proper safety precautions, e-waste recycling can pollute the earth and atmosphere, and harm the health of the workers involved.

Companies can export industrial hazards by moving their plants to countries with less restrictive pollution control laws than industrialized nations. This was the case with Union Carbine, which moved its chemical manufacturing plant to Bhopal, India, to manufacture a product it was not allowed to make in the United States. As Western nations enact laws promoting environmental and worker safety, more manufacturers have moved their hazardous and polluting factories to less developed countries, where there are little or no environmental or occupational safety laws, or no enforcement agencies. Hazardous industries such as textile, petrochemical, and chemical production, as well as smelting and electronics, have migrated to Latin America, Africa, Asia, and Eastern Europe.

For example, some U.S.-based companies established manufacturing plants in Mexico, creating high levels of pollutants, including raw sewage discharge into the Tijuana River. Because pollution threatens San Diego beaches, most of the cleanup is paid for by the United States and California governments. Although consumers pay less for goods from these companies, they are paying for their manufacture in the form of higher taxes for environmental cleanup.

Industries with shrinking markets in developed countries due to environmental concerns have begun to advertise vigorously in developing nations. For example, DDT production, led by United States and Canadian companies, is at an all-time high even though it is illegal to produce or use the pesticide in the United States or Europe since the 1970s. DDT is used globally outside of the nations with bans, especially in Latin America, Africa, and on the Indian subcontinent.

Industrial waste is likely to be handled more recklessly in underdeveloped countries. The New River, for example, which flows from northern Mexico into southern California before discharging into the Pacific Ocean, is generally regarded as the most polluted river in North America due to lax enforcement of environmental standards in Mexico.

Industrial pollution in developing and least-developed countries is not their only environmental problem. Now, in addition to worrying about the environmental implications of deforestation, desertification, and soil erosion, developing countries are facing threats of pollution that come from development, industrialization, poverty, and war.

The number of gasoline-powered vehicles in use worldwide is expected to double to well over one billion in the next twenty to thirty years, adding to air pollution problems. Mexico City, for example, has had air pollution episodes so severe that the government temporarily closed schools and factories. Much of the auto-industry growth will take place in developing countries, where the automobile population is rapidly increasing.

In the developing world, the effects of water pollution are felt in the form of high rates of death from cholera, typhoid, dysentery, and diarrhea from viral and bacteriological sources. More than 1.7 billion people in the Third World have an inadequate supply of safe drinking water. In India, for example, 114 towns and cities dump their human waste and other untreated sewage directly into the Ganges River.

Zimbabwe’s industrialization has created pollution problems in both urban and rural areas. Several lakes have experienced eutrophication because of the discharge of untreated sewage and industrial waste. In Bangladesh, degradation of water and soil resources is widespread, and flood conditions result in the spread of polluted water across areas used for fishing and rice cultivation. Heavy use of pesticides is also a concern there.

Widespread poverty and political instability has exacerbated Haiti’s environmental problems. Haiti, the poorest country in the Western Hemisphere, suffers from deforestation, land degradation, and water pollution. While the country has plentiful groundwater, less than 40 percent of the population had access to safe drinking water before the 2010 earthquake further undermined the nation’s insufficient infrastructure.

Another issue affecting developing nations’ pollution control is the role of transnational corporations (TNCs) in global environmental problems. A Third World Network economist cited TNCs for their responsibility for water and air pollution, toxic wastes, hazardous chemicals and unsafe working conditions in developing countries. In spite of such problems, the United Nations has closed its Center for Transnational Corporations, which had been monitoring TNC activities in the developing world.

There is a growing environmental awareness in developing nations, and many are trying to correct the problems. In Chennai, India, sidewalk vendors sell rice wrapped in banana leaf; the leaf can be thrown to the ground and consumed by one of the free-roaming cows on Chennai’s streets. In Mumbai, India, tea is sold in a brown clay cup which can be crushed into the earth when empty. The Chinese city of Shanghai produces all its own vegetables, fertilizes them with human waste, and exports a surplus.

Environmentalists worldwide continue to call for strengthened international agreements and sanctions related to pollution dumping in the developing world. Key to many proposals are “polluter pays” sanctions where Western governments and companies that dump in developing nations are identified and held responsible for the costs of remediation.