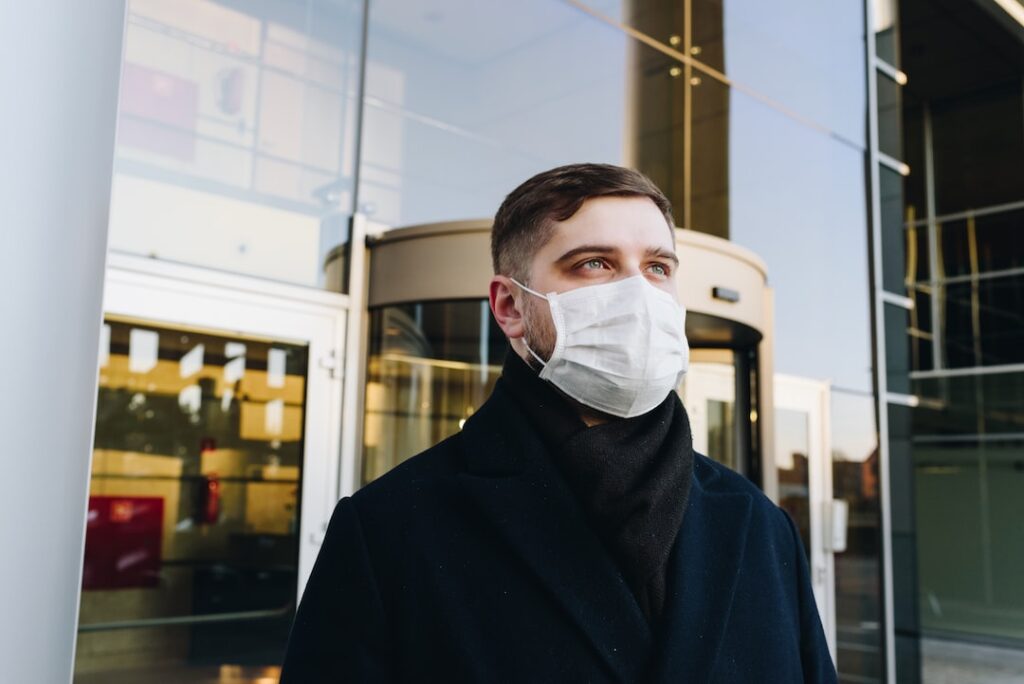 Pollution refers to the presence of environmental contaminants in quantities large enough to cause damage, deterioration, or toxicity. Such contaminants are known as pollutants. While some forms of pollution have natural causes, the term is used almost exclusively to refer to pollution caused by human activity. Environmental preservation has long been a point of social concern in the United States, and pollution has become an increasingly prominent issue since the beginning of the modern environmental movement in the 1960s and 1970s. In 2016 a Pew Research Center poll found that 74 percent of Americans believed “the country should do whatever it takes to protect the environment,” with a further 55 percent believing environmental protection should be a top federal policy priority.

Although pollution first emerged as a public health issue around the turn of the twentieth century as an effect of ongoing, large-scale industrialization and urbanization, concerns over pollution extend beyond cities into rural and even protected areas. In 2018 Iowa State University researchers published the results of a study that looked at ozone levels in thirty-three major national parks and the twenty largest metropolitan areas in the United States. It found that between 1990 and 2014, ground-level ozone concentrations in national parks were virtually identical to those seen in major cities.

Pollution refers to environmental contaminants in quantities large enough to cause damage, deterioration, or toxicity. The term most commonly describes contamination caused or fostered by human activity.

Pollution affects all types of environments, including indoor and outdoor spaces; urban, suburban, and rural areas; natural and humanmade structures; and industrialized, developing, and less developed regions. Similarly, the adverse effects of pollution often have a cascading effect on entire ecosystems, traveling well beyond a contaminant’s original source or location.

Environmental scientists and activists advocate federal intervention into industries determined to be heavy polluters, such as international shipping and fossil fuels. Critics of federal regulations argue that they unnecessarily burden corporations and force companies to raise prices and eliminate jobs.

The American public generally favors government intervention to reduce pollution. A 2018 Gallup poll found that more than half of respondents favor increased environmental protections even if they negatively affect economic growth, and about three-quarters support both increasing investment in alternative energy and establishing stricter emissions and pollution standards for business and industry.

Pollution and related environmental policy concerns have become increasingly partisan issues under the presidential administration of Donald Trump. In 2017, according to the Pew Research Center, Democratic and left-leaning voters were more than twice as likely to support federal environmental regulations than Republican and right-leaning voters.

Pollution takes many different forms. The term is mainly understood to refer to environmental contaminants like industrial waste that negatively affect air, water, and land, but it also includes human-generated noise and artificial light, both of which can adversely affect human health and animals’ natural behaviors. Ambient light and noise from cities, for example, disturb birds’ migration, hunting, and mating patterns. For humans, light and noise pollution disrupt sleep patterns and have been linked to high blood pressure, increased anxiety, decreased cognitive functioning, and hearing loss, among other effects.

Air pollution occurs when large quantities of toxic or harmful particles or gases are released into the atmosphere. The six most common air pollutants, which the Environmental Protection Agency (EPA) classifies as criteria air pollutants, include ground-level ozone, carbon monoxide, lead, sulfur dioxide, nitrogen dioxide, and particulate matter (microscopic particles of solid and liquid matter found in the air). Air pollutants can be further subdivided into source types, including mobile sources like motorized vehicles, stationary or point sources like industrial facilities, area sources like cities or agricultural compounds, and natural sources like volcanic eruptions and wildfires. According to a 2018 report released by the American Lung Association (ALA), about 134 million Americans live in areas with unhealthy levels of air pollution, with urban areas in California ranking among the national air pollution leaders.

Water pollution affects everything from oceans, seas, and lakes to rivers, streams, and springs to reservoirs and municipal water systems. Both organic and inorganic substances can contaminate water, with industrial waste, chemicals, sewage, fertilizers, pesticides, bacteria, and metals leading the list of common water pollutants. Primary causes include industrial activities like mining, wastewater treatment, and fossil fuel combustion, as well as leaks from landfills, sewers, and underground pipes. Vehicle emissions, agricultural runoff, and the uncontrolled or improper disposal of hazardous or radioactive waste also contribute to water pollution. In the United States, chemical contamination was found to adversely affect the tap water quality in forty-two of the fifty states, according to a 2018 Environmental Working Group report. The National Oceanographic and Atmospheric Administration estimates that up to 80 percent of fresh- and saltwater pollution can be traced to runoff sources that originate on land.

Land pollution affects both the surface and subsurface layers of outdoor environments. As with air and water pollution, industrial and commercial activities are among its leading causes. Household waste, littering, urbanization, deforestation, and construction also contribute to land pollution in significant measures. According to the EPA, Americans generated 262.5 million tons of municipal solid waste in 2015, with more than half going to landfills and about one-third being composted or recycled.

The ongoing crisis in Flint, Michigan, in which public policy decisions resulted in the city’s residents being exposed to high amounts of lead and other toxins in their water supply, has shown an uncomfortable spotlight on the dangers of water contamination. USA Today reported in 2017 that up to 63 million Americans may have been exposed to unsafe drinking water during the previous decade. Pollution poses a significant threat to communities outside the United States, with pollution killing more people in low- and middle-income countries annually than infectious diseases. The Global Alliance on Health and Pollution (GAHP) reported in 2014 that 8.4 million people worldwide die annually from exposure to environmental toxins, vastly outpacing the mortality rates associated with transmissible illnesses like HIV/AIDS and malaria. In 2018 the Environmental Performance Index (EPI) classified air pollution as the single largest threat to human health on Earth.

A 2017 study published by the Lancet Commission on Pollution and Health found that up to 155,000 deaths in the United States that year could be attributed to pollution. According to the ALA, the population groups most vulnerable to the risks of air pollution include children and teenagers, older adults, lower-income individuals, people who exercise or work outside, and people who work or reside close to major roads and highways. Individuals with asthma, cardiovascular disease, COPD, and diabetes also tend to experience greater pollution-associated health risks.

Natural disasters sometimes cause unexpected spikes in pollution levels. For instance, in 2018 Hurricane Florence struck North Carolina, submerging vulnerable agricultural and industrial sites including open-air hog manure pits and coal ash dumps. Rushing floodwaters carried these contaminants with them as they surged onward, creating a widespread environmental crisis that led to calls for increased regulatory scrutiny. Such events cause stormwater pollution, which can occur in residential and industrialized areas during and after rainfalls and snow melts.

Stormwater pollution offers an example of how pollution travels, spreading pollutants beyond the local site or area where contamination originates, which also happens on a global scale. For example, a 2018 study published in Environmental Research found that intercontinental weather patterns can carry detectable levels of air pollution from China, a leading global source of air pollution, to the west coast of North America.

Polls show that the American public generally favors increased government intervention to further reduce pollution. A 2018 Gallup poll found that a majority of respondents (57 percent) favored increased environmental protections even if they negatively affect economic growth, with large majorities supporting increased investment in alternative energy (76 percent) and higher emissions and pollution standards for business and industry (74 percent). Furthermore, 62 percent of those polled reported that the federal government was not doing enough to protect the environment, marking the highest such rate since 2006.

In the United States, environmental regulations like the Clean Air Act of 1963 and its subsequent amendments have led to major declines in harmful emissions. Air pollution rates in major cities like New York and Los Angeles have seen sharp drops since the 1960s and 1970s, and average ground-level ozone concentrations in the United States fell by 31 percent between 1980 and 2016. Similar changes have been seen in other developed regions of the world. Links between economic development and pollution have been observed by analysts, with higher levels of development directly associated with increased pollution output. Experts also note that this trend is particularly visible in developing countries, as positive correlations between economic growth and pollution tend to peak during the relatively early phases of industrialization.

Ecological protectionism has become an increasingly partisan issue in the United States, with a 2017 Pew Research Center study finding that Democrat-aligned voters were about twice as likely to favor increased environmental regulation than Republican-aligned voters, who tended to view it as a lower priority. In general, those who prioritize economic growth above environmental sustainability tend to view prevailing concerns over ecological issues as exaggerated. Conversely, those who favor environmental protection over economic development tend to believe that immediate, decisive action is needed if serious, long-term consequences that could jeopardize the safety of hundreds of millions of people around the world are to be avoided.

The presidential administration of Donald Trump has faced significant scrutiny over certain aspects of its environmental policy and positions on climate change. Controversially, Trump’s first EPA administrator, Scott Pruitt (1968–), stated in a televised interview that carbon-based air pollution cannot be precisely and definitively identified as a primary driver of climate change. Pruitt’s replacement, Andrew Wheeler (1964–), has a history of lobbying on behalf of coal companies, which are subject to EPA regulation.

On February 28, 2017, President Trump signed an executive order that gave states greatly increased control over clean water laws regarding rivers and streams. Critics pointed out that rivers and streams do not stop at state borders, creating the potential for one state’s lenient water protection policies to damage the health and safety of those living downstream in other states. In March 2017 Trump ordered the EPA to review the Clean Power Plan of 2015, which aimed to cut down the amount of carbon-based pollution generated by power plant facilities. In October 2017 the EPA announced its intentions to repeal the Obama-era guidelines; experts questioned the legality of the move. The agency has proposed replacing the Clean Power Plan with a plan that grants states the authority to set their own efficiency standards, known as the Affordable Clean Energy (ACE) rule. As of October 2018, the EPA’s proposal remained open to public comment, earning praise from members of the energy industry while being criticized by environmentalists as unlikely to be effective.