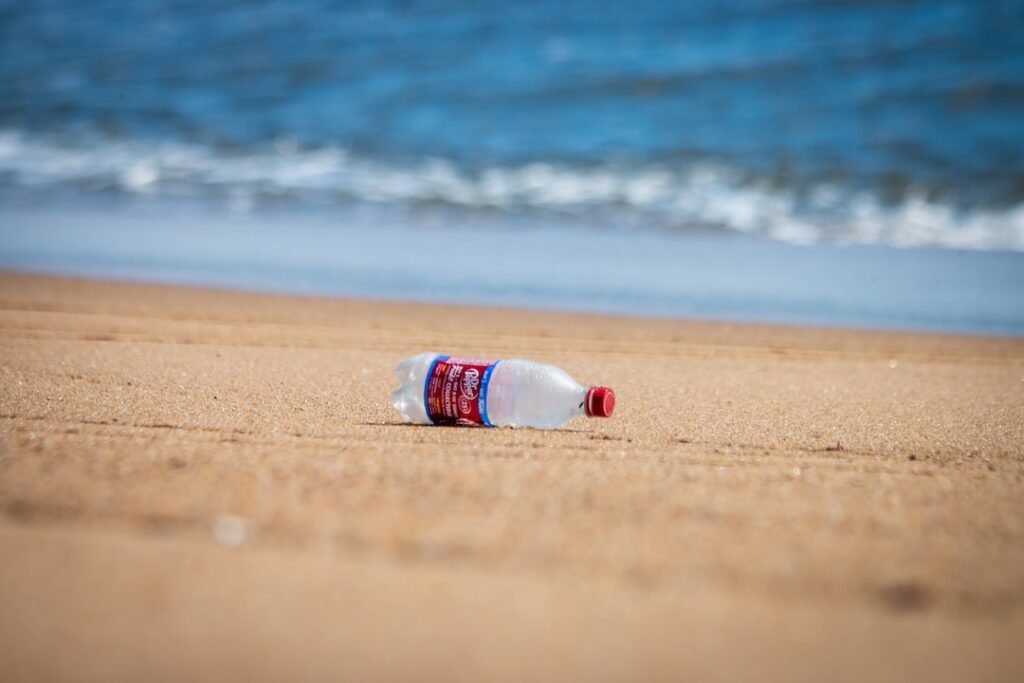 Marine pollution is the detrimental alteration of a portion of an ocean or ocean coastline. Pollution is often a threat to any organism living in or depending upon the ocean. Human impact on coastal and open ocean habitats comes in many forms: nutrient loading from agricultural runoff and sewage discharges, toxic chemical inputs from industry and agriculture, petroleum spills, and inert solid wastes.

Nutrient loading is perhaps the most well-studied form of pollution, and its biological consequences have been observed and documented. Algal blooms, including red tides, have been attributed to elevated nutrient levels in coastal systems. These blooms, through their respiration and decomposition, can deplete the levels of dissolved oxygen in the waters to almost zero, killing zooplankton, fish, and shellfish. These nutrients often come from runoff of agricultural fertilizers, the use of which has increased seven-fold since 1950. More than 50 percent of the rivers in the United States are currently considered in poor health due to fertilizer contamination. Studies released in 2013 indicated that approximately half the fertilizers and pesticides used in the United States end up in waterways and coastal marine environments.

Starting in November 2015, a bloom of Karenia brevis, a single-celled phytoplankton algae that releases a deadly neurotoxin produced a record setting red tide along the north central Gulf Coast. Wave mixing also created an aerosolized form of the neurotoxin that required public health officials to issue warnings to people with respiratory problems who lived or worked near the beach. The bloom was fed by elevated nutrient levels and, through both respiration and decomposition, depleted levels of dissolved oxygen in the water. The record setting red tide, the worst ever observed in some areas killed marine life and birds broadly across the food chain, from zooplankton to fish and shellfish. The blooms also killed sea turtles, sharks, dolphins, and birds from the Mississippi Sound to the Florida Panhandle.

Another source of nutrients is the discharge of sewage. Throughout the world, raw sewage is released into rivers and coastal habitats by many countries, leading to algal blooms and increased biochemical oxygen demand (BOD). BOD, the rate at which oxygen disappears from a sample of water, increases dramatically with loading of organic material such as sewage, and results in the lowering of dissolved oxygen levels. The wastes of domesticated animals may also have a major impact in some systems. A single cow produces approximately thirty-one pounds (fourteen kilograms) of waste per day, the equivalent of ten people. When discharged into rivers or coastal waters, wastes produced by large herds or feedlots may have substantial effects.

Toxic substances are introduced into the marine environment from various sources, some of which may be hundreds of kilometers away. Heavy metals, pesticides, and acid rain threaten not only coastal and estuarine systems, but also life in the open ocean. Heavy metals occur in many forms, some of which are soluble in seawater. These soluble compounds may not be the forms in which they were originally released into the environment, often making their sources difficult to determine. Many heavy metals are released in industrial effluents, especially from chemical plants, smelters, and mining runoff. These compounds may affect humans directly through contact, or indirectly, from the consumption of fish and shellfish, where metals often accumulate in tissues.

Acid precipitation is rain, snow, or fog that has a lower pH than normal and is caused by inputs of nitric (HNO3) and sulfuric acid (H2SO4) into the atmosphere from manufacturing and the burning of fossil fuels, originating from industrial processes and automobiles. These causes may be far from the area of impact since prevailing winds can carry pollutants considerable distances. The ocean has a high buffer capacity, that is, the ability to neutralize many of the acid inputs. Therefore, most of the severe effects of acid rain are observed in freshwater lakes and rivers. Some estuaries, however, may also be seriously impacted, as has been observed in the upper Chesapeake Bay. The pH of a river feeding the Bay dropped from 6.3 to 5.8 between 1972 and 1978. Juvenile and spawning striped bass may not be able to tolerate such high acidity. Precipitation of nitrogen-based acid also increases nutrient loading in aquatic systems.

One of the most publicized sources of marine pollution is that caused by petroleum products. While large oil spills can devastate a local area, equally important is the discharge of crude oil while cleaning bilges and emptying tanks at sea. In the period from 2000 to 2008, an average of 24 tons (21.8 metric tons) of oil has been spilled annually (based on spills of at least 7.7 tons). Since tanker ports and refineries are, by necessity, located on the coast, these sensitive areas receive considerable damage from the spills. The damage to marine life is staggering. Large numbers of seabirds are killed annually, their oil-matted plumage making flight impossible and exposing them to hypothermia. Oil-soaked fur of marine mammals loses its water repellency, also leading to death by hypothermia. Ingestion of oil by fishes, birds, and mammals may also result in death.

Hundreds of tons of inert solid wastes are dumped into the oceans from ships annually. Of these, plastics and polystyrene (styrofoam) are deadly to marine life. Often floating for hundreds of miles and lasting for many years, plastics are frequently mistaken for food by fishes, turtles, and mammals, and proceed to either interfere with subsequent feeding or strangle the consumer. It has been estimated that plastics and discarded fishing gear, such as monofilament line and discarded nets, kill one million seabirds and 150,000 marine mammals each year.

Beginning with the Refuse Act of 1899 and the Water Pollution Act of 1948, there have been efforts to remedy the polluted oceans. Not until 1972, however, was legislation drafted that was powerful enough, and sufficient monies appropriated, to effect any change. With the Federal Water Pollution Act, or Clean Water Act, improvement of water quality in the United States began. By 1985, five of the goals of the 1972 Act were reached, and since then, the Clean Water Act has been amended to reflect increasing national concerns.

Pollution of the world’s oceans had become so pervasive that an international convention was convened in 1972 to establish laws governing the discharge of all wastes into the ocean. The Convention on the Prevention of Marine Pollution by Dumping of Wastes and Other Matter (or London Convention) was entered into force in 1975 and prohibited the dumping of certain hazardous wastes, required a special permit for a number of identified materials, and required a general permit for other wastes. Amendments to the London Convention included the banning of radioactive waste dumping, the phasing out of dumping industrial wastes by 1995, and the banning of incinerating industrial wastes at sea. The 1996 Protocol was enacted to replace the London Convention, taking a “precautionary approach” to dumping and the potential effects of dumping on the environment and aquatic ecosystems. According to the protocol, proposals for dumping had to provide proof that the deposition of waste would not harm the environment. The 2006 amendment to the 1996 Protocol was adopted to allow carbon dioxide (CO2) storage, a process termed carbon sequestration, under the seabed as of February 2007 in order to reduce the amount of carbon dioxide in the atmosphere. This amendment regulates carbon capture and storage (CCS) in sub-seabed geological formations for permanent sequestration to mitigate climate change. The International Convention for the Prevention of Pollution from Ships (1978), commonly known as MARPOL, and subsequent annexes to the convention, covers all garbage discharged by normal operation of ships at sea beyond three miles from shore. While it is too soon to tell, adherence to the MARPOL agreement should significantly reduce the amount of solid wastes polluting the world’s oceans.

On April 20, 2010, an explosion on the Deepwater Horizon drilling rig in the Gulf of Mexico destroyed the structure and triggered an oil leak on the ocean floor. For 87 days oil spewed into the Gulf, with only a fraction of the more than 200 million gallons of polluting crude oil collected by a fleet of recovery vessels. Millions of gallons of chemical dispersants were also used. While the extensive use of dispersant chemicals was at first trumpeted as an effective means of removing much of the threat to wildlife, fisheries and coastal habitats from the massive surface and underwater oil, later studies have demonstrated that substantial amounts of oil remains mated in seafloor residue or encased in tar balls. Long term ecological impact studies continue.

The 2011 Fukushima nuclear disaster released radioactive wastewater used in reactor cooling operations into the sea off the coast of Japan. Officials established an exclusion zone (both on land and at sea) around the damaged plant while monitoring radiation levels. A May 2012 World Health Organization (WHO) study found elevated radiation levels of 10-50 millisieverts (mSv) near the Fukushima plant in towns of Namie and Itate. Most other areas in Fukushima prefecture had radiation levels of 1-10 mSv (individuals typically receive around 2 mSv of environmental radiation per year). The report indicated near-normal to normal levels of radiation in remote areas of Japan and neighboring countries, but evidence of marine radiation pollution was located as far away as California where another group of researchers found Pacific tuna populations with safe but elevated levels of cesium traceable to the Fukushima nuclear accident. Researchers in August 2013 found that the damaged site continued to leak contaminated water used in cooling operations into local ground and ocean waters.