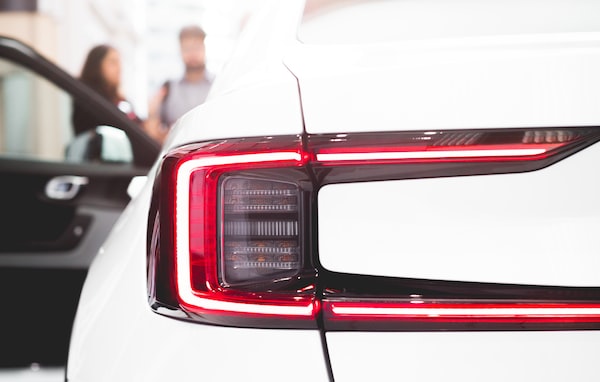 Using electricity as an alternative fuel helps conserve fuel and reduce vehicle emissions from fossil fuel combustion. Use of hybrid and electric vehicles can help minimize dependence on foreign oil.

Some businesses, city governments, and everyday consumers choose these vehicles to reduce their climate change contributions. Hybrid and electric vehicles have significantly lower carbon emissions compared to conventional cars, trucks, and buses. Many consumers who purchase these vehicles want to save money on petroleum fuel. Sales tend to rise and fall with the price of oil in the United States.

Some Facts about EVs and PHEVs

Functions and Engineering of EVs

EVs are sometimes called battery electric vehicles (BEVs). They run entirely on electrical power with no internal combustion engine. EVs have an electric motor and a battery that must be plugged into an electrical station to recharge. EVs do not burn fuel, so they do not produce the greenhouse gas emissions associated with engines that use fossil fuels. However, they generally run a shorter distance per charge than conventional cars get per a tank of gas.

HEVs are powered by both an internal combustion (gasoline) engine and an electric motor and battery. This technology is called the input power-split system because it shuts off the gas engine while the vehicle is idling then uses the electric motor to move and accelerate. The gas engine re-engages when more power is required. HEVs recharge their batteries by collecting the energy created by friction when using the brakes, or regenerative braking.

PHEVs emerged in the 2010s. They feature a larger electric battery than conventional HEVs, and their batteries can be recharged by plugging them into an outlet. The larger battery holds more electricity and enables PHEVs to travel longer distances on a single charge.

History of EVs and HEVs

The first hybrid vehicles were designed in the late 1800s. However, the internal combustion engine became standard because it was much more powerful than those powered by electricity. Efforts to create a hybrid car suitable for mass production began seeing progress in the final third of the twentieth century. Japanese carmaker Toyota produced its first hybrid prototype in 1976. In the United States, Chrysler and General Motors’ joint project resulted in the ETV-1 in 1979.

In 1997 Toyota made its Prius HEV available to the Japanese mass market. That same year Audi brought its Duo HEV to market in Europe. The Honda Insight was the first mass-market hybrid in the United States. It debuted in 1999. Toyota followed with the Prius HEV in 2000. As of 2020, there were eighty different HEV models and thirty-six different PHEV models on the United States market. Almost all major car manufacturers offer at least one hybrid or plug-in hybrid.

Tesla introduced its Roadster EV in 2008. It was the first all-electric vehicle to use lithium-ion battery cells. The Roadster was also the first EV to travel up to two hundred miles on a single charge. By 2020, there were about twenty-four EV models on the US market.

Environmental Impact of EVs and HEVs

Consumers of EVs and HEVs are also drawn to the vehicles’ reduced noise pollution compared with that of gas-powered cars. EVs and PHEVs are so quiet, however, that Congress passed legislation to make them louder. The Pedestrian Safety Enhancement Act of 2010 established minimum sound requirements that allow pedestrians to “reasonably detect a nearby electric or hybrid vehicle.”

Some municipalities have moved from diesel or gas to electric and hybrid buses for their public transit systems. According to the American Public Transportation Association (APTA), 20.9 percent of all buses were hybrid electric in 2019. In 2009 it had been only 4.9 percent. Both economic and environmental concerns have driven the move toward cleaner fuels. Transitioning to EV and HEV fleets has become common for businesses and other organizations that have adopted targets to reduce their carbon footprints or achieve net-zero emissions.

Economic Concerns about EVS and HEVs

Most HEVs are sold at a higher price than fully gas-powered vehicles. The savings in fuel costs may or may not make up the difference for consumers. A 2016 study determined that only seven of twenty-nine hybrids it examined saved the owner enough money in gas costs over five years to cover the greater initial costs. However, part of this finding was due to low gas prices in 2016. As fuel costs increase, hybrid models become more cost-effective. Research published in 2017, for example, found that EV cars cost less over four years than conventional cars.

People considering EVs and PHEVs commonly fear that the vehicle will run out of electrical power before reaching the destination or a charging station. This is called range anxiety. A 2020 survey suggests that range anxiety decreases after ownership. In the survey, 95 percent of EV owners indicated they had never run out of range while driving, and 96 percent answered they would buy or lease an EV again. Range anxiety may also be addressed by building more vehicle charging stations and improving battery technology.

For part of the 2010s, the US federal government used tax credits to make EVs and PHEVs more affordable for consumers. Some US states also offered rebates and other incentives for purchasing EVs, PHEVs, and other zero-emission vehicles. In 2017 many of these incentives were allowed to expire. Colorado, Georgia, Indiana, and Utah took active steps to end them and reallocate money to other initiatives. Georgia and other states, such as Washington and Michigan, replaced incentives with steep HEV registration fees.

Policymakers around the country have continued to debate who should be responsible for building and managing charging stations. Some contend public electrical utility providers should manage them. Others argue that private corporations or public-private collaboratives should run them. The question of who should profit from the increased use of electricity is at the center of these debates.

Before being elected president in 2020, Joe Biden campaigned to invest in EV development to create new jobs and reduce national carbon emissions. Biden’s agenda is designed to make the United States a global leader in clean vehicle manufacturing. It includes plans to build a network of 500,000 EV charging stations and provide tax credits and other incentives for consumers. The agenda also includes investing in improving battery technology and transitioning the federal vehicle fleet to EVs.