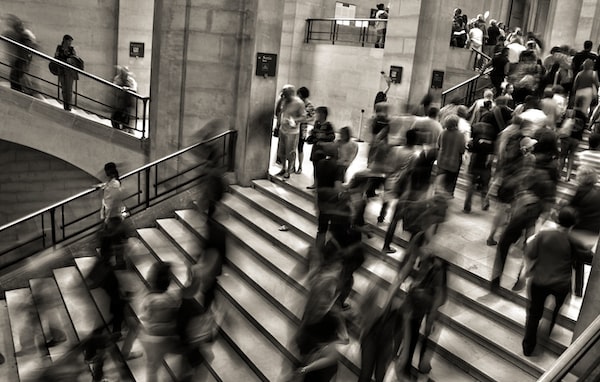 What’s wrong with litter and road rage? What is the purpose of courtesy and respect when dealing with total strangers? Why are whistle-blowing and Samaritanism preferable to minding our own business? Why should we obey the law when we can get away with breaking it?

A PHILOSOPHY THAT SUPPORTS ETHICS EDUCATION

Hopefully, most of us have ready answers to these questions. However, spend a few weeks in virtually any American city, and you’ll learn that most Americans do not seem to have answers, or at least their answers differ significantly from mine. Public schools are the establishment best able to standardize our “learned” knowledge, beliefs, and behavior and, therefore, incorporate ethics into primary and secondary school curricula.

Teaching ethics, either in distinct classes or by incorporating them into other areas of study, would provide schools and teachers with a forum for exposing, discussing, and applying “community ethics”—basic notions that we are all here and inherently equal, we are all members of a larger society, and we are all indeed in it together.

The historical reasoning behind free, universal, and compulsory education certainly supports an ethics curriculum. Even before the 19th century brought Horace Mann’s “common school” movement, which was largely responsible for launching America’s modern public education system, philosophers and progressive thinkers accepted the notion that in any true free society and participatory democracy the government has an obligation to educate its citizenry to teach society’s newest members to read, write, and compute, and to give them a basic understanding of their history, society, and the natural world in which they live, in order that they can access the democratic process and realize their own intellectual and productive potential.

As a diverse society founded on religious and economic freedom and equality ideas, Americans exclude from this educational package any spiritual or moral instruction, an approach I generally support.

But there is a difference between ethical guidance that presupposes the reason for acting a certain way (e.g., a higher power, a book of rules, an earthly mandate, etc.) and that which offers good citizenship as the goal. In this sense, teaching basic community ethics in schools upholds, rather than challenges, the fundamental reasons for having a universal, free, and compulsory education system.

There is a difference between ethical guidance that presupposes the reason for acting a certain way and offers good citizenship as the goal.

Anthony Tiatorio, an author and [a] 33-year veteran of the Mansfield, Massachusetts, public school system, is a long-time practitioner and advocate of teaching ethics in public schools.

He has launched the Web site Ethics in Education [www.ethicsineducation.com], which provides a forum for teachers interested in including ethics in their curricula. The site “questions the wisdom of pursuing a virtues or character education model for teaching ethics and calls for a history-based, critical-thinking approach.” Tiatorio writes of his experience trying to teach ethics in his secondary school social studies classes:

“Beginning with a provocative question intended to engage as many minds as possible, I asked: “Do you have any absolute obligation to others? Is there any scenario in which you must do good for at least one other person under at least some circumstances?” My students, nearly universally, said no! They did not recognize any responsibility to others of an absolute nature. So, I challenged them with increasingly more severe hypotheticals, probing for the bottom: “You came upon a drowning man, a friend, a drowning child, your brother.” Nothing penetrated the conviction that they were free spirits unfettered by any duty… They would do it because they wanted to, not because they had to.”

Following these experiences, Tiatorio has written and amassed a body of material that he believes will assist teachers in providing their students with a useful ethics foundation. His collection of free workbooks and guides aim to help teachers discuss everything from Manifest Destiny to Hammurabi’s Code from an ethics standpoint. He writes:

“To a large extent, ethical behavior, which is simply finding the balance between self-interest and group responsibility, is largely, but not entirely, learned behavior standing in opposition to an instinct… Not surprisingly then, many middle and high school students today will tell you that they themselves determine, as does every other individual, the standards of right and wrong… Students must commit to broadening their own understanding of ethical issues by seeking to understand the ideas of others better…. It is necessary to build this into a sense of community within the class, and to encourage each student to participate energetically and cooperatively.”

Tiatorio isn’t the only one who considers the lack of ethical discussion in public schools a missed opportunity. Attorney Michael Sabbeth has been collaborating with Denver public schools since 1990 to incorporate ethics training into elementary school classes. The Institute for Global Ethics has also developed materials to help teachers include ethics in their curricula for grades K-5. These developments indicate a growing receptiveness, among both educators and normal citizens, toward having ethics training in the public education system.

The applications of ethics teachings are abundant. For example, imagine the benefits of a widespread discussion of environmental ethics in public schools. How different would our children’s collective sense of environmental stewardship be if they were all exposed to basic environmental concepts in conjunction with ethical notions of communal obligation and responsibility? (Resources ARE scarce and finite. Humans DO have the ability to exhaust these resources and destroy their own environment beyond habitability. Who, then, is responsible for stopping this from happening?)

How different would their sense of professional, political, and social integrity be if history and literature classes explored ethical questions of just cause, proportionality, intention, and authority? (What was so “wrong” with invading Poland? Could [Fyodor] Dostoevsky’s [Rodion Romanovich] Raskolnikov [a character in Crime and Punishment] have been me?)

The applications of ethics teachings are abundant.

How better prepared would our children be for the medical or technological debates of the future if ideas behind freedom of choice, individual sovereignty, and sanctity of life were discussed in an open, frank manner in science class? (Are we responsible for the consequences of our inventions? How can you justifiably control life-threatening overpopulation?)

How would their outlook on crime and citizenship change if, when they were taught about government and democracy, they were challenged to consider what elements of right and wrong are legally codified, and why? (Whom do laws serve, and why should I obey them? What right [do I] have to violate them or to try to change them? If something isn’t illegal, why might it still be wrong?) And so on.

Historically, Americans have opposed teaching ethics in schools, preferring to leave its discussion to families and religious establishments. We assume bringing ethics into public schools violates parents’ rights to structure their children’s moral upbringing themselves, or threatens the ideal that church and state should not only be separated in public schools but that neither one religion nor secularism should be promoted at the expense of any other belief system.

However, it is precisely because schools represent a distinct, nonfamilial, nonreligious setting that they are the ideal place for introducing community ethics. Public schools are where students from different economic, racial, religious, and family backgrounds come together for conditioning that is common to all of us (excluding people educated in private schools) and thus represents a vital medium for instilling a standardized, collective, universal sense of society-wide ethics.

It is precisely because [public] schools represent a distinct, nonfamilial, nonreligious setting where they are ideal for introducing community ethics.

A society’s collective sense of ethics affects its attitude toward everything from returning incorrect change to global warming. Yet, in a society as diverse and dynamic as ours, instilling any collective ethic will require that we harness the universal form of public outreach: our public education system. Schools offer us the best means not only of offering our children knowledge, skills, and social conditioning, but [also] of encouraging their transformation into better, wiser, and more righteous players in a vast and ever-changing society.