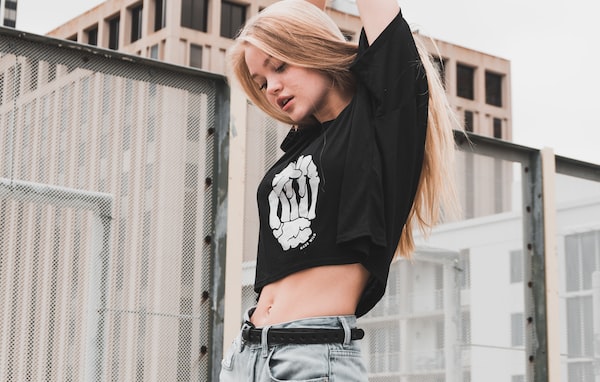 Suicide is intentionally taking one’s own life. It is a major U.S. public health concern. People commit suicide for various reasons, many of which are unknown or that could have been resolved. Suicides often can be prevented, but those who are feeling hopeless, and the friends and family around them must be aware of risk factors, warning signs, and how to seek help.

Suicide is the tenth leading cause of death in the United States. More than 47,000 people died by suicide in 2017, but about 1,400,000 people attempted suicide. About three times as many men died of suicide than did women that year; the suicide rate tends to be highest in middle-aged white men. Still, suicide is the second-leading cause of death among children, teens, and young adults (up to 24 years old).

Often, the loved ones left behind do not understand why a person chose to commit suicide. There is no single cause that leads people to take their own lives, but some of the most common reasons for suicide have to do with prolonged feelings of hopelessness and despair. A person might feel this way because of stress, such as low income, health issues, pain, or relationship problems. Some medical conditions cause chronic pain or symptoms that worsen with time. Being exposed to sexual or physical abuse increases suicide risk, makes a family history of suicide, or even being around others who have suicide behaviors. People recently released from jail or prison are at higher risk of suicide. Firearms (guns) account for half of all deaths from suicide and having firearms in the home increases suicide risk.

Some people who commit suicide have already been dealing with mental health issues. Depression is the most common mental condition to be associated with suicide. Anxiety disorders, bipolar disorder, schizophrenia, and substance abuse disorders also can increase the risk of suicide. Many of these mental health disorders can increase feelings of hopelessness, anger, or sadness. Failing to manage symptoms or substance abuse as recommended by doctors or mental health professionals can lead to increased suicide risk.

Sometimes, there is no warning or behavior that makes friends, co-workers, or loved ones suspect suicide behavior. However, there are some warning signs you can watch for in yourself or in people you know:

Immediate warning signs in a person considering suicide are even more critical to note. For example, the person might begin to look for ways to end life, such as searching online or asking about guns. Others might visit or call friends and relatives to say goodbye or begin to give away material or prized possessions. Friends need to notice these warning signs, especially in people they know are at risk of suicide because of mental health disorders or past suicide attempts. In addition, recent life events, such as divorce, bullying, or a financial crisis, might have led them to despair. Also, knowing of someone close, or even a celebrity, recently committing suicide can trigger someone’s behavior at risk.

Also Read:  What is Accounting? Everything you must know

People who have attempted suicide or those showing warning signs can get help. Interventions include cognitive behavioral therapy, which helps people learn how to better deal with stressors or sadness and recognize patterns that lead to suicide. The therapy teaches alternative actions to prevent suicide as a choice. A therapy called dialectical behavior therapy has been shown effective in teens and some adults. A trained therapist helps the person recognize unhealthy feelings or actions and learn skills to deal with upsetting situations in a less disruptive way. Some people benefit from medication to help prevent suicide or manage a mental health disorder putting them at risk.

Suicide warning signs often indicate that a person needs immediate help. There are steps; however, people can help protect someone they know from reaching this point. These include follow-up calls from health professionals for people with medical conditions, ensuring you or your loved one has easy access to good mental health care, and learning skills for problem-solving and conflict resolution. One of the most crucial protective factors is having strong connections to others, such as family, community, or social and spiritual groups. If you are at risk for suicide, establish or re-establish supportive relationships. If you know someone at risk, support, and listen to your friend or loved one or assist them with seeking help.

You can take action to help someone who is in emotional pain and help prevent suicide. Often, just asking a person who has expressed suicidal thoughts why they are considering suicide can help. Keep a person who shows suicidal behavior safe if possible by removing firearms, medications, or other possible threats. Help a suicidal friend connect to suicide prevention hotlines, mental health professionals, friends, family members, and spiritual advisors who can offer support. Most of all, listen carefully and acknowledge the person’s pain or thoughts. Talking with a person at risk for suicide about suicide actually can reduce the likelihood the person will follow through, not increase it. It is important to stay connected to the person you are close to following a crisis or suicide discussion. This makes the person considering suicide feel less alone and more hopeful.

Call the National Suicide Prevention Lifeline at (800) 273-8255 anytime 24 hours a day if you are considering suicide or are concerned about a loved one. You also can text the lifeline at 741741.