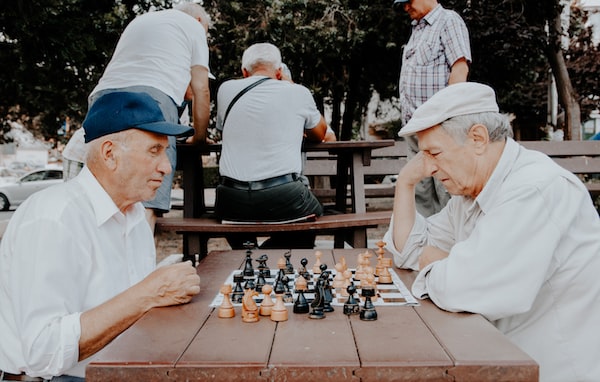 No matter what your age or health, a sudden illness or accident could leave you unable to communicate decisions about your health care.

Before a medical emergency arises, it’s important to discuss your views on the kind of medical treatment you would want with family, friends, and physicians. As you do so, you begin the process of planning a living will or other forms of advance directive.

Such a document expresses an individual’s wishes regarding medical treatment should they become incapable of making decisions. It can express these wishes in various ways. For example, it may specify that certain treatments, such as using a device to maintain breathing, be administered or withheld. Or it may express general treatment goals, such as not prolonging life when death is near. It can also name someone who will make treatment decisions if the individual should become incapacitated.

Questions of appropriate treatment may arise when a person enters a coma (prolonged state of unconsciousness) or suffers from a critical or terminal illness. But these are not the only circumstances. Mental incompetence resulting from brain damage or other causes can also impair decision-making abilities and complicate treatment decisions. In such situations, it’s helpful for both the physician and the family to have some prior indication of the patient’s desires.

Doctors often turn to the family or friends of a patient who enters a coma or otherwise loses decision-making ability. But medical instructions from others may not be consistent with a patient’s desires. And even when a patient has previously indicated his or her wishes to friends or family, those wishes may be ignored in the absence of a written document. The living will be the first type of advance directive to become popular in the United States. This document instructs medical personnel to withhold or withdraw death-delaying procedures if a terminal condition leaves the person unable to communicate medical decisions. Some living wills also have a provision for naming someone to act as agents on the person’s behalf.

By 1992, nearly all states recognized the legality of living wills, though the laws varied from state to state regarding format, treatments covered, and other matters. Only Massachusetts, Michigan, and New York state had not passed laws making living wills legally binding. In New York, however, the legality of living wills was affirmed in a court decision. Moreover, the Supreme Court of the United States has endorsed mentally competent adults’ right to control their medical care—including their right to refuse unwanted medical treatment.

The living will have some limitations, however. It goes into effect only when the patient nears death and may not apply to many irreversible conditions in which one might not want life-extending measures administered. These include persistent coma and advanced Alzheimer’s disease.

Power Of Attorney For Health Care

(a disorder characterized by profound and progressive mental deterioration). In addition, vague language in many living wills limits their usefulness. For example, would a statement that a person wishes “no heroic measures” cover attempts to restart the heart if it stops beating? By not discussing specific treatment preferences, the living will leave family and physicians doubt about the course to follow. Another type of advance directive, a durable power of attorney for health care, attempts to fill the living will gaps.

This document, also known as a health-care proxy, designates an individual who would make treatment decisions based on your wishes if you become unable to. The individual you name as your agent or proxy should be at least 18 years of age and should not be your physician.

The durable power of attorney for health care, like the living will, enables you to specify whether you would or would not wish such treatments as blood transfusions, dialysis (a procedure that filters toxic substances from the blood), or artificial feeding if you had no hope of recovery. You may also make general statements regarding your care—for instance, that you value the quality of life over sustaining life when such action merely prolongs suffering. You can also make known your wishes about what happens to your body after death, including instructions about autopsy, organ donation, and burial or cremation.

Putting Advance Directives To Use

The durable power of attorney for health care allows for more flexibility in medical decision-making than does the living will. But anyone may complete both documents. Nearly all states recognize an individual’s right to give legal power of attorney to another person in the event that the individual becomes incompetent. Anyone who is mentally competent and at least 18 years of age can make out a living will or designate a health-care proxy. You can execute either document without the aid of a lawyer. However, the document should include the signatures of two witnesses who do not stand to benefit financially from your death.

Keep the original copy of the advance directive in an accessible place and give copies to family members as well as your doctor and the person you designate to act on your behalf. And take a copy with you whenever you go into the hospital.

Advance directives have become desirable because medical technology makes it possible to prolong life, even when there is no hope for a patient’s improvement or recovery. Many doctors believe they must take advantage of all available medical procedures to save or prolong life, no matter how costly or futile such steps may be. In the well-publicized case of Nancy Cruzan, for example, the absence of written instructions created ethical questions that eventually had to be decided by the courts. In 1983, at the age of 25, Nancy Cruzan was in an automobile accident that left her permanently unconscious. Unable to eat or swallow, Cruzan was kept alive with fluids and nourishment through a tube inserted into her stomach.

After seeing their daughter linger for several years in what physicians described as a “persistent vegetative state” with no possibility of regaining consciousness, Cruzan’s parents requested that the hospital withdraw the tube and end the feedings. They told the doctors she would not have wanted to go on in that condition. The case entered the legal system—and ultimately went to the Supreme

Court—when the hospital requested a court order before it would halt the tube feedings. The high court upheld a Missouri court ruling that denied Cruzan’s parents’ request in the absence of “clear and convincing evidence” of their daughter’s wishes.

When The Law Steps In

However, at a later rehearing, close friends testified that Cruzan had said she would never want to live as a “vegetable.” In December 1990, the Missouri court agreed that the hospital could discontinue her food and water. Nancy Cruzan died a few days later at the age of 33. Her parents’ legal battles—and the Supreme Court ruling—underscored the importance of providing an advance directive.

The case of Nancy Cruzan helped spur the U.S. Congress to pass the Patient Self-Determination Act in 1990. This act, which took effect on Dec. 1, 1991, requires health-care institutions to discuss advance directives with adult patients who are admitted to any medical institution that receives federal funding through the Medicare or Medicaid programs.

Some physicians believe, however, that the Patient Self-Determination Act has one disadvantage. Hospital admission, stressful in itself, maybe a poor time to inquire into a patient’s wishes concerning life-prolonging treatments. If a patient does not feel ready to make such decisions at the time of admission, many physicians prefer to discuss the topic with the patient later.

Many believe that discussing the issue before the patient enters the hospital is an even better option. Therefore, it is important to discuss your views regarding medical treatment with your physician so that he or she can act on your behalf in any medical crisis. Imagine a variety of situations, such as a terminal illness or a prolonged coma, and decide what procedures—if any—you would wish to prolong your life. Some people indicate they would only want relief from pain. Once you have completed a living will and durable power of attorney for health care, always give your doctor copies so that he or she can honor them.

Advance directives can be revoked or changed at any time, either by issuing new, signed and dated instructions or by destroying all copies of the document and notifying those involved. It is advisable to review an advance directive periodically because your preferences and your relationships may change over time.

The issues concerning the end of life are complicated and emotionally charged, so don’t expect to complete an advance directive at a single sitting. It’s important to give these matters a lot of thought and discuss them with your doctor and those important to you. As difficult as these decisions may be, planning helps ensure that others will honor your wishes.