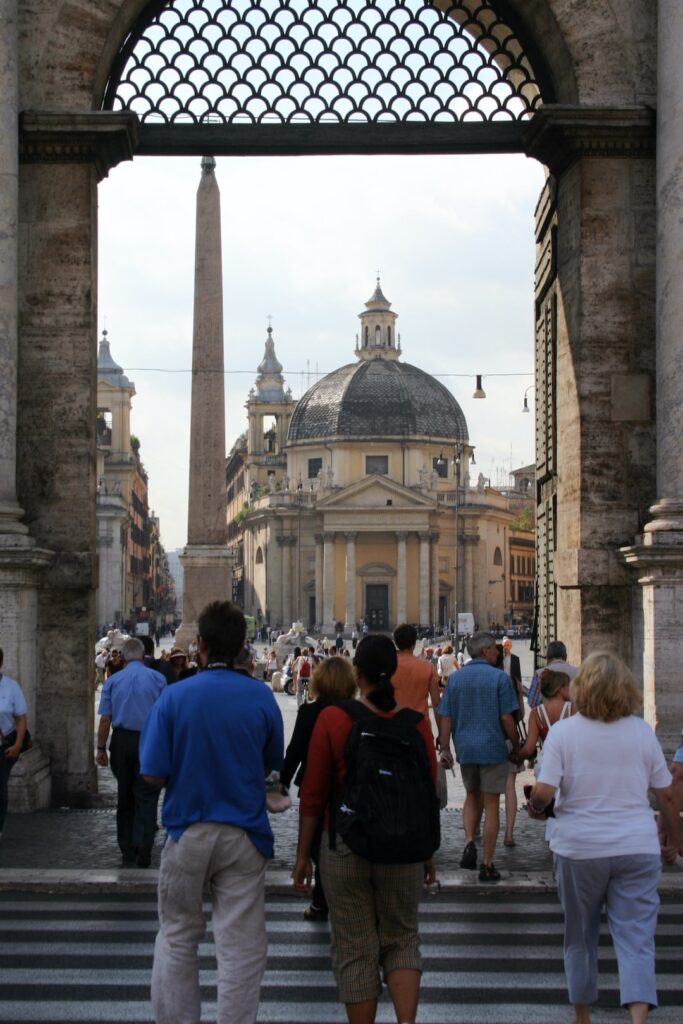 What are Human Capital, Cultural Capital, and Social Capital

Human capital, cultural capital, and social capital are three related terms used in sociology, economics, and other fields. In economics the word capital is often used to refer to money, goods, or other tangible (material) financial assets. In contrast, human capital, cultural capital, and social capital often refer to intangible (non-material) assets that have some sort of value. Scholars use these three concepts to understand why people emigrate, how migrant populations live, and why some groups succeed in a new country whereas others do not.

Broadly defined, human capital is an individual worker’s knowledge, skills, abilities, and personality traits that can be used in the labor market to create economic value. Factors affecting human capital include job experience, education, and unique attributes such as creativity.

Cultural capital is the possession of both symbolic and real assets that are valued by society, confer wealth and status, or allow upward social mobility within a class system. Examples of cultural capital might be a physical object that shows wealth, status, or good taste, such as a work of art or a luxury car, as well as knowledge, education, tastes, style of clothing, and anything else that confers social status or belonging to a social class.

The concept of social capital has been used in many disciplines, and there is some disagreement over the definition. Broadly defined, it is the value of social relationships and networks, as well as the norms and values that hold them together. Thus, social capital may refer to the benefits of membership in any group.

Although the term human capital was popularized in the 1960s, its origins can be traced to much earlier. In 1776 Scottish economist Adam Smith (1723–1790) published the foundational work of free market capitalism known as An Inquiry into the Nature and Causes of the Wealth of Nations. He describes four kinds of fixed capital: machines, buildings, land, and “the acquired and useful abilities of all the inhabitants or members of the society,” which may be obtained during “education, study, or apprenticeship.”

In the 20th century the concept of human capital was strongly associated with the Chicago school of economics, a group of highly influential economists affiliated with the University of Chicago who tended to support conservative policies of free markets and limited government. In 1958 Polish American economist Jacob Mincer (1922–2006) wrote an article titled “Investment in Human Capital and Personal Income Distribution” in the Journal of Political Economy in which he argues that human capital offers an explanation for unequal incomes. Mincer suggests that investment in human capital, including education and training, tends to produce higher incomes, an argument later echoed by US economist Gary Becker (1930–2014) in the 1964 book Human Capital: A Theoretical and Empirical Analysis.

BRAIN DRAIN:
Emigration of a significant number of highly skilled and highly educated people from a country.
BRAWN DRAIN:
Emigration of a significant number of elite athletes from a country.
CHAIN MIGRATION:
The process in which migrants use familial ties to bring friends and family from their home country to their new location.
DEVELOPED NATIONS:
Countries with high levels of gross national income (GNI).
DEVELOPING NATIONS:
Also called emerging economies, these are countries with low to middle levels of gross national income (GNI).
EMIGRATION:
The act of leaving one’s country or region of birth.
ETHNIC ENCLAVE:
A particular geographic area where migrant ethnic minorities live in close proximity, congregate, and conduct business. The term ethnic enclave is interchangeable with ethnic neighborhood.
MIGRANTS:
People who move to find work or education or who relocate if their homeland is unsafe. Migrants are differentiated from immigrants, who move permanently to a different country.
URBAN SPRAWL:
An expansion of urban areas that encroaches on natural areas as well as agricultural land.

Social capital, in its most common usage, refers to value that comes from membership in a group, whether a family, a group of friends, a sports league, a church, or a community. It also refers to the value of close bonds within communities, which are reinforced by trust and cooperation. Membership in a community that has close-knit relationships and high levels of trust and cooperation might have benefits that are difficult to measure, such as reduced stress or depression, as well as tangible benefits, such as receiving information about a job opening or the development of a community garden.

The meaning of social capital has evolved somewhat in its history and has been used in many different disciplines, including education, urban planning, sociology, public health, political science, and migrant studies. L. J. Hanifan (1879–1932), an American superintendent of rural schools and a writer, is credited with first using the term in 1916. Bourdieu refers to social capital in his 1986 essay as a way of understanding inequality. He defines social capital as networks and connections that can be used for personal gain or converted into other forms of capital.

The term was modified by US sociologist James Coleman (1926–1995). Coleman, who studied education, saw social capital as any kind of resource that an individual accesses though social structures, whether positive or negative. The concept of social capital was widely popularized by US political scientist Robert D. Putnam (1941–), particularly in his 2000 book Bowling Alone: The Collapse and Revival of the American Community. In the book he examines social capital from an institutional perspective, arguing that American participation in community and civic engagement was declining due to such factors as television and urban sprawl. Instead of joining bowling leagues as in the past, Americans were now “bowling alone.”

Human capital in particular has been used as a framework to explain why people move from one country to another. US economist Theodore W. Schultz (1902–1998) used human capital to explain why migrants tend to be young people. In his 1961 article “Investment in Human Capital,” he argues that “the costs of such migration are a form of human investment” and that younger people “have more years ahead of them than older workers during which they can realize on such an investment.”

In many Western countries immigration policy encourages accepting those judged to have higher human capital. In Canada many immigrants are admitted through the Federal Skilled Worker Program, which selects immigrants based on their work experience, education, language skills, and age. In the United States H-1B visas, or nonimmigrant visas that permit temporary employment, are awarded to highly educated immigrants in specialized fields such as medicine or engineering.

Scholars disagree whether human capital flight is a positive or negative phenomenon for both developed and developing countries. When developed countries receive the best and brightest people from around the world, fields such as science and medicine tend to advance. However, the resulting brain drain can create health crises. From 2013 to 2016 West Africa experienced an Ebola outbreak that was made worse because of the lack of doctors living in the region.

Many highly skilled migrants enjoy benefits such as higher pay, greater career advancement opportunities, and even greater security if they have left an unsafe country. Highly skilled migrants often send money back to their family, which can help improve the economy of a developing nation. But this phenomenon can also cause economic problems for both developing and developed nations. In the United States the H-1B visa program has been criticized for giving a third of visas to outsourcing companies, which pay immigrants less, edging out US workers. In 2017 US President Donald Trump (1946–), who ran on an anti-immigration platform, expressed a desire to reform the H-1B visa program.

Theorists and researchers have used the framework of national cultural capital to examine how groups of immigrants fare in a new country. Even well-educated immigrants with credentials may find their cultural capital is not valued in their new country. According to a December 7, 2016, CNN report, “nearly 1.5 million college educated immigrants were employed in low skill positions between 2009 and 2013.” Some countries are attempting to increase the cultural capital of immigrants to integrate better into the host country. In 2016, after admitting nearly 1 million Syrian and Iraqi refugees the previous year, Germany passed the Integration Act, which required refugees seeking benefits to attend classes in German language, history, government, and society.

Scholars have used the framework of social capital to understand the effects of immigrants on a host country. In a 2007 essay for Scandinavian Political Studies, Putnam observes that in the short run increased immigration and diversity tend to reduce social cohesion, or the extent to which members of a society feel connected to one another. This lowers social capital due to decreased trust, cooperation, and social and civic engagement. As time passes, Putnam argues, societies overcome this by creating new connections and forms of social solidarity. He points to the “Americanization of St. Patrick’s Day, pizza, and ‘Jewish’ humor” as ways that immigrants once perceived as outsiders have become fundamentally “American.”

A related issue that scholars have examined is the social networks of immigrants. Chain migration is a phenomenon in which people tend to migrate to areas in which there are other migrants of the same ethnicity. This allows them to benefit from preexisting cultural and social capital in these communities. The tendency toward chain migration leads to ethnic enclaves.

In a 1997 essay on New York City’s Chinatown, Chinese American scholar Min Zhou (1956–) notes that the community has a high level of social capital, including many community organizations, religious institutions, and strong family ties. Zhou argues that these factors may explain the economic success of Chinese Americans.

A related concept is ethnic economies, or industries that are largely dominated by one ethnic group, usually immigrants. For example, in Canada a high percentage of domestic caregivers and nannies are Filipino women. Ethnic economies are often based on high levels of trust and cooperation between immigrants, a kind of bonding social capital based on similar ethnic backgrounds and familiar social norms. As immigrants attempt to assimilate into a new country, they must use bridging social capital to try to form connections to an unfamiliar culture.