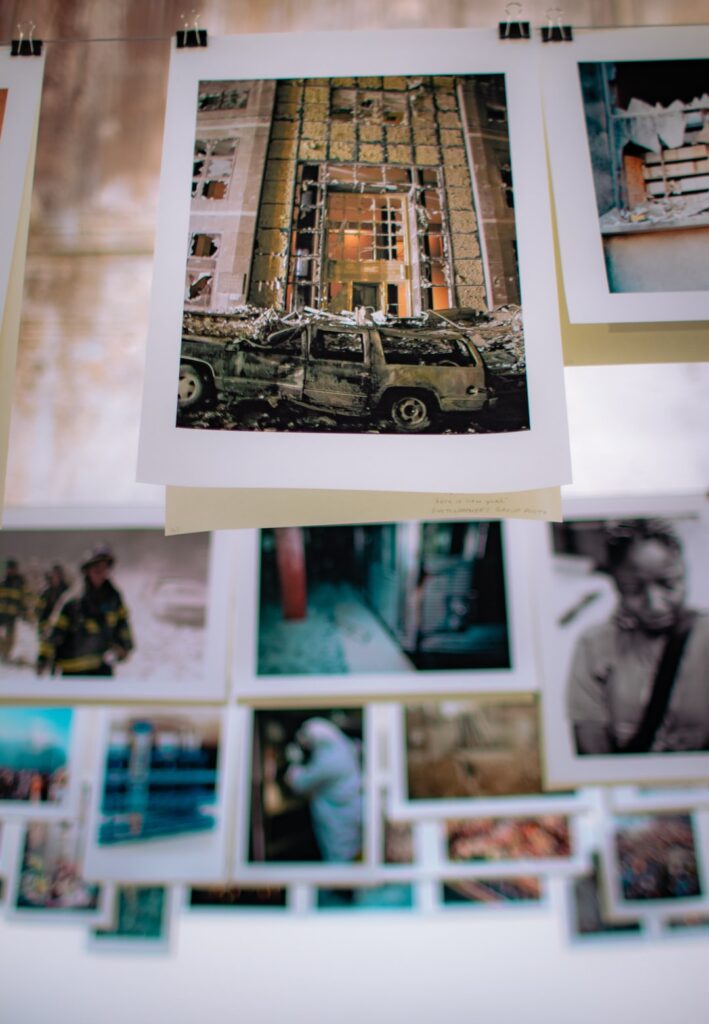 Terrorism is the use of violence, generally by non-state individuals or organizations, especially against political targets, to achieve political goals. Many high-profile terrorist incidents, such as the attacks of September 11, 2001, on the United States or the Paris attacks of 2015, involve international or foreign policy issues. In some cases, immigrants may engage in terrorist attacks, or they may be singled out as possible terrorists. In other cases, terror attacks may be committed by anti-immigrant extremists against immigrants. In still other instances, domestic groups may terrorize citizens to influence domestic policy or engage in vigilante violence.

Even though many terrorist attacks are not perpetrated by immigrants, politicians and law enforcement officials often target immigrants as terrorist threats. Policy makers may respond to high-profile terrorist incidents by restricting immigration, and citizens may respond by harassing or targeting immigrant communities. One long-standing flashpoint for terrorism and immigration has been the Middle East. Western policy toward the region has been a constant source of tension since the 1950s. Some people with ties to the Middle East have committed terrorist attacks in the United States or Europe to protest Western policies. Although some of these terrorists have been immigrants, others have been naturalized or born citizens.

Global communication technologies have changed the shape of terrorism in the 21st century. Individuals who may not have had access to terrorist groups and their propaganda in the past can use the Internet to communicate with extremist groups. Social media has made it easier for terrorists to radicalize and recruit followers from a distance, as well as finance terrorist operations, plan attacks, and train recruits in how to carry out an attack. Similarly, global communications have allowed fear of terrorism to spread more quickly. For example, terrorist attacks in distant places can increase fear of immigrant communities at home and lead to violent or repressive measures against such groups.

The term terrorism originated in the French Revolution (1787–1799) as a way to describe the use of political violence by the revolutionary government against its enemies. However, the term soon came to be used to refer to violence against governments rather than violence by governments. For example, in the 1850s through the 1880s, in particular, Irish nationalists used terrorist tactics against the British.

Perhaps the most significant early international terrorists were the anarchists of the 1880s and 1890s. Anarchism is a philosophy that calls for the abolition of government and the institution of a free society without states or laws. The International Anarchist Congress of 1881 explicitly called for anarchists to use violence to bring down governments and spread anarchist ideology. Anarchists assassinated a string of government leaders, including Empress Elisabeth of Austria (1837–1898) and US President William McKinley (1843–1901). They also used explosives to kill civilians. For example, an anarchist named Émile Henry set off a bomb in a caféin Paris in 1894, injuring 20 people and killing 1.

After several late 19th-century anarchist attacks were committed by foreign nationals, many countries began associating immigrants with anarchism. At the end of the 1800s, Great Britain was home to many anarchist intellectuals. It was also the destination for many immigrant refugees and European Jews escaping discrimination in Russia. Rising resentment of immigrants intensified after a failed anarchist bomb attack in 1894 at London’s Green wich Observatory by a French anarchist. British prime minister Lord Salisbury (1830–1903) used the incident to pass a bill restricting immigration.

ASYLUM:
The protection given by a nation to a refugee who has fled his or her native country in order to escape harm.
ASYLUM SEEKERS:
Foreign nationals who apply to a government for refugee status but have yet to receive approval.
FORCED MIGRATION:
The movement of people out of the region in which they live because of conflict, natural disasters, human-made disasters, or development projects.
IDEOLOGY:
A system of thinking or a group of theories and objectives related to a particular subject.
NATIONALISM:
The belief that one’s home country is superior to all other countries and that its people are superior to people from other countries.
NATIVISTS:
People who favor the interests of native-born inhabitants of a nation or region.
NATURALIZATION:
In the context of immigration, naturalization refers to the process by which immigrants are granted citizenship in their adoptive country.
NON-STATE ACTOR:
An individual or a group, such as a terrorist organization, that wields political influence but is not affiliated with a government or official political entity.
VIGILANTISM:
Enforcement of laws by unsanctioned volunteer groups.

The most serious terrorist threat in England at the time was from Irish nationalists. Despite the fact that the terrorists were British subjects, the idea that terrorism was perpetrated by immigrants proved popular among British citizens. Fear of anarchism sparked tightened immigration policies in Europe and the United States. According to Maya Jasanoff, writing for the New York Times in 2016, it also “carved grooves in Western minds about foreignness and terrorism” that Westerners in the 21st century “can slip into almost without thinking.”

Policy makers are often divided on the issue of whether placing restrictions on immigration can prevent terrorism. Supporters of immigration restrictions believe that such restrictions are a logical response to terrorist attacks. However, opponents argue that such measures are ineffective and even counterproductive.

CANADIAN VIEWS ON TERRORISM AND IMMIGRATION

Canadians have for the most part rejected the argument that immigration and terrorism are linked. After US President Donald Trump (1946–) signed several executive orders in 2017 in an attempt to restrict immigration from Muslim-majority nations–orders that were initially blocked in federal courts before the US Supreme Court allowed partial implementation of them in June 2017–Canadian prime minister Justin Trudeau (1971–) emphasized that Canada would continue to welcome them. Surveys of Canadian attitudes toward immigrants suggest that Canadian people mostly support Trudeau’s views.

A government survey in November 2015 found that 44 percent of Canadians supported a plan to bring 25,000 Syrian refugees to Canada, whereas only 35 percent opposed it, according to a 2016 report by Stephanie Levitz for the Globe and Mail. Among those who opposed it, only 15 percent mentioned concerns about terrorism as their main reason. In a follow-up survey in January 2016, only 7 percent of those who opposed the refugees said concerns about terrorism were their main reason for not wanting Canada to take in refugees.

Many commentators have suggested that lax immigration policies have led to a rise in terrorist violence. In 2017 a migrant from Uzbekistan killed four people by driving a truck into a Swedish department store. The migrant was an asylum seeker who, after being rejected for asylum in Sweden, had evaded authorities. Swedish authorities responded by promising to reevaluate immigration policy. Some people alleged that the nation’s lenient asylum policy, which granted asylum to 244,000 people in 2014 and 2015, led to the attack.

On July 14, 2016, in Nice, France, a Tunisian man rammed a truck into a crowd during a holiday celebration, killing 86 people. In response, Andrew Bolt, in a column for the Australian Herald Sun, contended that the recent rash of terror attacks in France was caused directly by allowing in too many Muslim immigrants. Bolt pointed out that Muslims constitute about 6 million, or about 10 percent, of the French population. He concluded that Australia had also been too lenient in allowing 500,000 Muslims into the country. He blamed this leniency for a series of attacks in Australia, including an incident in 2014 in which a gunman held customers hostage in a caféin Sydney and killed two people.

Supporters of restrictions on immigration also allege that undocumented immigrants and loose border security pose a security threat. In 2015 Texas law enforcement officials reported that on several occasions Somali immigrants with connections to terrorist groups had been caught illegally crossing the border from Mexico. A representative from the Texas Department of Public Safety was quoted as saying, “It would be naive to rule out the possibility that any criminal organizations around the world, including terrorists, would not look for opportunities to take advantage of security gaps along our country’s international border,” according to a 2015 report for the Govbeat blog of the Washington Post by Reid Wilson.

Native-Born Terrorists and Criminalization of Immigrants

Other experts and commentators argue that restrictions on immigration are not an effective way to reduce terrorism. A 2016 United Nations (UN) report on counterterrorism found little evidence that terrorist groups such as the Islamic State (ISIS) used refugee flows to smuggle terrorists in Europe, as reported by Lizzie Dearden for the Independent. The report acknowledged that, although there were a handful of cases of terrorists coming into Europe as immigrants, criminalizing migration would force immigrants underground and make immigration more difficult to regulate. A UN representative delivering the report stated, “While there is no evidence that migration leads to increased terrorist activity, migration policies that are restrictive or that violate human rights may in fact create conditions conducive to terrorism.”

Immigration as a Response to Terrorism

Although policy makers often debate whether immigration will lead to terrorism, they tend to neglect the ways in which terrorism leads to immigration. In the 21st century terrorism committed by both state and non-state actors has been a major cause of displacement and forced migration, especially in Syria. In a 2016 report for the International Centre for Counterterrorism, Alex P. Schmid found that “a major driver of forced migration is severe state repression involving attacks on civilian populations that, in cases of (civil) war, often also amount to war crimes or war-time terrorism.”

Schmid noted that terrorism and state violence do not always lead to refugees. For example, the North Korean government systematically terrorizes its own people, but, because the government maintains strict control over the nation’s borders, few people can escape. In some instances, state actors may inflict terror in a deliberate effort to drive people from their homes. This is the case in Syria, where President Bashar al-Assad (1965–) has targeted civilians, attacking schools, hospitals, and refugee camps. State terror targeted at civilians is an important reason that so many Syrians began fleeing the country in 2011. As of 2016, a total of 6 million Syrians had been internally displaced and 5 million had fled as refugees, according to a report by World Vision.

Fear that immigrants will commit terrorist acts can lead to vigilante violence against immigrants or against those perceived as immigrants or foreigners. Following the 9/11 attacks, many Sikh men were targeted for violence in the United States because of their turbans, which some Americans mistook for Muslim garb. Four days after the 9/11 attacks, an American shooter killed a Sikh immigrant at a gas station in Mesa, Arizona. The shooter claimed he was seeking revenge for the attack on the World Trade Center.

More than a decade after 9/11, attacks on Sikhs and foreigners in the United States continued. In 2017 three Indian men were killed in what appeared to be racially motivated attacks. Two Indian men were shot in Olathe, Kansas, after the shooter told them to get out of his country. South Asian advocacy organizations noted that anti-immigrant rhetoric from US President Donald Trump (1946–) may have inspired violence against Indian people.

Other countries have also been the site of anti-immigrant violence. In Germany there were more than 3,500 attacks on refugees in 2016, leaving 560 people injured, including 43 children, according to a 2017 report for DW. In Britain, following the vote to leave the European Union (EU) in 2016 and the anti-immigrant rhetoric common during the campaign, hate crimes in Britain rose by 57 percent, according to Jon Stone in a report for the Independent. In areas that had voted heavily in favor of leaving the EU, hate crimes rose by as much as 191 percent. For example, in Lincolnshire, which voted strongly for leaving, people reported 42 hate crimes in the week of the referendum as opposed to only 22 in the same week the year before.