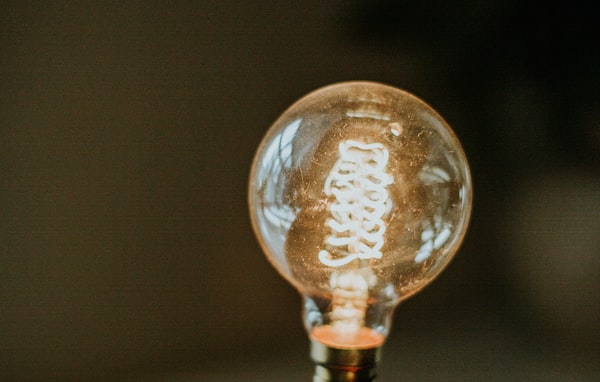 STEM Education has always been a controversial topic; however, it is slowly gaining popularity among the educators. Since the early twentieth-century, primary education in the US has focused on the “three Rs” of reading, writing, and arithmetics. Educators and business leaders have increasingly pushed for the inclusion of more in-depth training in the sciences, engineering, and technical disciplines early in a student’s school years.

In the mid-2000s, this movement gained national prominence as questions over adequate STEM (science, technology, engineering, and math) education were raised in school districts around the country.

The proponents stress on STEM education at both the K–12 and college levels has centered around what they perceive as a “skills gap”—the idea that many students are not adequately prepared for jobs that increasingly emphasize technological skills, such as computer coding. Other examples of people working in STEM fields are chemists, design robots, and civil engineers.

A study conducted by Georgetown University’s Center for Higher Education and the Workforce, for example, found that there will be more than 2.4 million STEM job openings in the US by 2018, including 1.1 million new positions.

Origin of STEM and Focus

Many sources trace the root of the acronym “STEM” to Judith Ramaley, who was assistant director for human resources and education at the National Science Foundation from 2001 to 2004. Since then, the term initially known as “SMET” has become a rallying cry for advocates—including executives in Silicon Valley and President Barack Obama—to include more training in elementary and high school classrooms in skills such as computer coding.

After-school programs focused on STEM and partnerships with businesses to provide training for students in areas such as game design are also common.

Some scientists contend that the lack of adequate STEM education can impact how much the public knows about common scientific issues. As genetically modified crops and driverless cars gain footholds in Americans’ daily lives, they argue that understanding these issues allows people to make informed judgments.

In a 2015 Pew Research Center study, many Americans and members of the American Association for the Advancement of Science found the US education system in STEM fields to be average or below average compared to other industrialized countries.

Other researchers have noted that the idea of a STEM crisis may be overstated. A 2013 review of studies in the Institute of Electrical and Electronics Engineers’ (IEEE) Spectrum found that earning a bachelor’s degree in a STEM field does not necessarily lead to a job. While about 15 million US residents have at least a bachelor’s degree in a STEM subject, approximately 11.4 million of these degree holders work outside the field, researchers found.

A further concern surrounding STEM is that women and people of color are underrepresented in STEM occupations, such as scientists, engineers, or those working in highly skilled jobs at technology companies like Apple and Google.

Still, only about 15 percent chose to major in STEM fields as college students, compared to 29 percent of male students. This is often referred to as the “STEM pipeline.”

Many researchers say this trend begins with students’ earliest experiences in school and the role models they encounter. Biases among teachers in STEM fields may influence the way the subjects are approached.

Also Read:  Impact of Family Engagement on Schools and Districts

For example, some teachers may try to steer students toward particular topics—or away from others—based on concerns that they will not do as well or show less aptitude. This has been a long-running concern for educators, with a 1993 study in the journal Science and Children noting that science teachers may subtly promote female students’ “invisibility” by calling on them less frequently or addressing them by nameless often than male students.

Cultural perceptions of scientists on TV and in the movies also have an impact. A Western Michigan University study found that 58 percent of the scientists on TV were male characters. Conversations with middle school students found that girls had more “wishful identification” with both male and female scientists than boys. But without encouragement, such as from middle school science and math teachers, girls may not keep pursuing this interest, the researchers stated.

Competition Between STEM and Humanities

For some educators, a key concern with the growing focus on STEM education is that it could undercut funding for the arts and the humanities. This perspective has its roots in statements by officials in many states suggesting that a humanities degree is not a good “value” for students.

The focus on STEM is occurring amid a decline in funding for the arts in public education and many public universities’ humanities. In the US, the National Center for Education Statistics reports that the number of public school districts offering dance and drama classes dropped from 20 percent in 1999 to 3 and 4 percent, respectively, by 2009.

In 2013, IEEE found that the US spends more than $3 billion a year on 209 efforts to promote STEM education. In contrast, the 2014 budget for the National Endowment for the Arts and Humanities included budget increases of about $200,000 for each endowment, raising their funding to $145.5 million each.

With this decline in funding looming in the background, STEM’s focus is particularly alarming to educators. They argue that the skills acquired in humanities courses, such as learning to communicate with various audiences through writing and presentations, are transferrable to many fields, including STEM subjects.

In recent years, a solution is to incorporate the arts into STEM to create the combined STEAM field. Some STEAM projects could include designing a logo or a new design for a STEM product.

STEM in other Countries

For example, 6 percent of US students major in engineering in college, compared to more than 40 percent in China. Another commonly used ranking known as the Program for International Student Assessment (PISA), last released in 2015, found that the US was ranked thirty-fifth in mathematics literacy and twenty-seventh in science, out of 65 countries.

However, among educators, the emphasis on test results to measure the quality of STEM education has sparked a large-scale debate. Officials at the National Education Association (NEA), for example, noted the PISA results do not take into account the fact that many students attend schools where a majority of the students live in poverty.

This can often impact how they do on the standardized tests used to determine the PISA results, the NEA representatives stated. Still, international competitiveness has been a significant issue for many promoters of STEM education. In 2010, President Obama focused on the United States’ ranking as he unveiled $250 million in additional funding for STEM, saying that “the nation that out-educates us today is going to out-compete us tomorrow.”