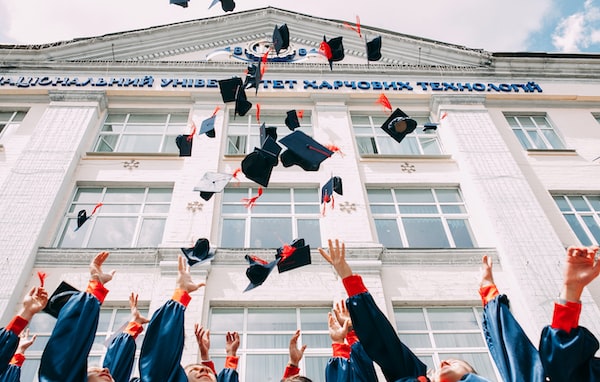 Standardized tests are exams that are used in a variety of contexts to determine knowledge and skills in certain areas. They are most commonly used in the United States to measure students’ academic proficiencies in core subjects appropriate to kindergarten through twelfth grade (K12) levels.

However, outside of K12 contexts, standardized testing serves various purposes, including use in college or graduate school admissions, hiring, and professional licensure for certain professions. State bar exams, for example, are used to grant someone permission to practice law.

The use of standardized tests is required as part of the K12 education policy, which is overseen by state governments and local school systems in the United States. The federal government monitors state progress and provides school districts grants under the Elementary and Secondary Education Act (ESEA) of 1965.

Congress created the National Assessment of Educational Progress (NAEP) in 1969 to survey educational proficiency across the country. Each year, the NAEP measures the performance of a sampling of students in each state on a variety of academic subjects. Results are published in the Nation’s Report Card.

Reauthorization and major amendments to ESEA include the No Child Left Behind Act (NCLB) of 2001 and Every Student Succeeds Act (ESSA) of 2015. NCLB increased the number of mandated tests and introduced high-stakes testing into the K12 education system. Testing is considered high stakes when outcomes are tied to graduation, district funding, or teacher employment and salary.

Under NCLB, many states began using test results when determining penalties and compensation for schools, educators, and administrators. ESSA limited federal requirements for standardized testing in response to misuse and over-testing. Critics argue that standardized testing is expensive and depletes education funds that could be more effectively applied elsewhere.

Critics also posit that many standardized tests are discriminatory and penalize students who come from marginalized communities or impoverished socioeconomic backgrounds.

INFLUENCE OF STANDARDIZED TESTS ON CURRICULUM

Standardized testing can help educators analyze gaps in learning and improve instruction. When testing plays an outsized role, however, it can have a detrimental effect on student achievement.

This is referred to as “teaching to the test.” This process artificially boosts results, known as score inflation. Score inflation undermines the intention to accurately measure student abilities in favor of outcomes that positively reflect the teacher or school.

Critics of the education system’s extensive use of testing argue that time spent in the classroom would be used far more effectively by focusing on complex skills in several subjects and engaging students in a diverse range of lessons and activities.

According to the National Education Association (NEA), standardized testing can increase stress among teachers and students. High-stakes testing requirements under the NCLB pressured teachers and administrators to demonstrate gains they felt unrealistic but tied to salary increases or the threat of dismissal.

This led to widespread incidents of cheating by educators to boost scores. Critics argue that teaching to the test limits teachers’ expertise, autonomy, and professional creativity. They contend that test preparation burdens educators with increased work and distracts from each classroom’s specific needs.

A survey of Connecticut teachers conducted in 2020 revealed that 51 percent of respondents felt that government-mandated standardized testing had a negative effect on classroom instruction; only 3 percent indicated a positive impact. Standardized testing can also increase student anxiety.

A study published by the National Bureau of Economic Research in 2018 revealed that students felt increased stress levels during the week of standardized testing. Massive changes in the stress hormone cortisol had a negative effect on test scores.

IS STANDARDIZED TESTING A FAIR TESTING

Standardized testing can be a useful tool for pinpointing continuous learning or achievement gaps, which indicate disparities in academic performance and educational quality between and among different demographics of students. Measuring disparities between other student group scores reveal areas that need intervention to improve educational outcomes.

Overall, average standardized test scores in math and reading for grades four and eight declined from 2017 to 2019 based on the NAEP. The largest drop occurred in eighth-grade reading levels. Fourth-grade math scores were the only area that improved during that period. Between 1992 and 2019, white and Asian students consistently maintained high scores.

African American and Hispanic students scored lower but made some gains during that period, though results were mixed between 2017 and 2019. However, disparities between students who received free or reduced lunches (FRLs), indicating lower family incomes, and those who did not receive FRLs remained consistently wide over time.

A 2019 study from Stanford University linked achievement and opportunity gaps for Black and Hispanic students to the racial segregation that concentrates these students in schools with high levels of poverty. Research published in Race Ethnicity and Education in 2015 indicated that high-stakes testing when combined with school choice programs that reallocated public funding to private institutions, increased segregation and worsened inequities.

Parents, educators, and activists have expressed concern regarding the overall fairness of standardized testing. These concerns contend that cultural bias pervades test design, preparation, and implementation. These biases may be intentional or unintentional. Such biases lead to exams that favor native English-speaking students from white, upper- and middle-class households while placing culturally and socioeconomically diverse students at a disadvantage.

Also Read:  Why We Are Creating Oceans of Plastic in the Ocean

The implementation of high-stakes testing, such as mandatory exit exams tied to graduation eligibility, in states and schools with large populations of racial and ethnic minority students has also led to discrimination lawsuits.

Though the stated intention of such exams was to ensure that all students exhibited competencies in certain areas before graduating, the National Center for Fair and Open Testing (FairTest) asserts that exit exams tied to graduation eligibility lead to higher dropout rates, with those who fail disproportionately from marginalized groups, of lower socioeconomic status, or English language learners. In 2019, only eleven states required students to pass exit exams to obtain a high school diploma, down from at least twenty-seven a decade earlier.

Many colleges require students to submit scores on either the ACT or SAT standardized tests as part of the application process. Advanced Placement (AP) exams to measure course mastery and obtain college credits are also standardized. High-stakes entrance exams face much of the same criticism as K12 exams in terms of their effectiveness in measuring student preparedness and predicting student success.

Education researchers also charge that the tests have gender and racial biases. Women have higher grade point averages and college graduation rates. According to FairTest, however, females’ average scores are thirty-six points lower than those of males for the math portion of the SAT. Inside Higher Ed reported in February 2019 that AP scores indicated a clear racial and ethnic gap.

Average test scores for Asian and white test takers were above the level needed to receive college-level credits. In contrast, average scores for Black/African American and Hispanic/Latinx students fell below the threshold.

The requirement for undergraduate applicants to submit SAT and ACT scores for college admissions was based on a discrimination lawsuit against the University of California (UC) filed in December 2019. The claimants alleged the tests were biased against students of color, English-language learners, and students with disabilities.

UC administrators suspended the standardized test policy for undergraduate admissions throughout the entire UC system on May 21, 2020. The Board of Regents issued a plan to develop an in-house test by 2025 or eliminate the testing requirement. Many schools have reformed their admissions practices.

Along with the UC system, more than 1,200 US colleges and universities did not require applicants to submit exam scores for admission in Fall 2021, according to FairTest. Other academic institutions have de-emphasized these scores in their admissions evaluations.

WHILE YOU ARE HERE, TAKE A MINUTE TO ANSWER ANY OF THE QUESTION

Opposition to over-testing and the misapplication of test results under NCLB grew among parents, educators, and legislators. Changes introduced under ESSA gave states greater flexibility to develop performance and accountability systems.

Many countries dropped or reduced the weight of student scores when judging teacher performance. Some reduced the amount or frequency of tests and limited the number of school hours dedicated to testing.

For example, in New Hampshire, educators developed a dynamic student assessment based on considerable knowledge and skill indicators, minimizing the impact of standardized test scores.

ESSA maintained the requirement for standardized testing for 95 percent of all students attending third grade to eighth grade and high school in each state. Parents, educators, and legislators’ movement succeeded in pushing governments to pass laws permitting students to opt-out of standardized tests with parental authorization.

All but three states implemented laws allowing parents to permit their children to opt-out, according to the NEA in 2020. Most students who opted out were white and affluent. Some civil rights groups have expressed opposition to the anti-testing opt-out movement.

They warn that if too many students sit the test out, valuable information about achievements and opportunity gaps will no longer be available, causing a reduction in access to programs and resources.

The 2019–2020 academic year was interrupted by the COVID-19 pandemic. Throughout the United States, school districts went on lockdown across the country to keep students and communities from spreading the novel coronavirus.

Widespread school closings and the switch to online learning interrupted school districts’ ability to administer the tests in a controlled environment. The US Department of Education (ED) waived federal requirements for standardized testing for all K12 students during the academic year by granting all fifty states an initial approval in March.

Education researchers expressed concern that, without consistent data, administrators would not know which schools need interventions, and policymakers would be placed at a disadvantage. In June 2020, Georgia became the first state to submit a waiver to the ED seeking to extend suspensions for testing requirements into the 2020–2021 academic year.

The Washington Post reported in April 2020 that the effect of the pandemic on student access to the SAT and ACT exams led to a significant number of colleges and universities changing their admissions policies to test-optional for fall 2021 applicants, with some schools considering eliminating the testing requirement permanently.