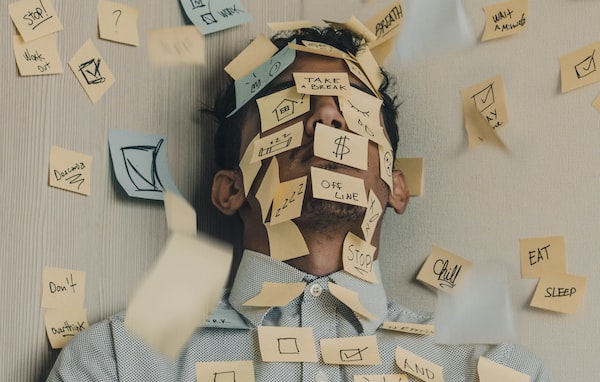 Grades are used to assess student performance, classes, teachers, and schools. The United States does not have a nationally mandated grading system. Many US schools utilize point or letter-based techniques. Other grading schemes include pass-fail grading systems and non-graded evaluations, which do not use numeric or letter grades.

Some schools allow grading on a curve, which occurs when instructors evaluate students relative to their classmates’ performance to maintain a distribution of scores with most students scoring in the middle. Grades can determine student advancement, course placement, scholarships, and college admission.

Yale University created the first grading system in the United States in the late eighteenth century. By the early twentieth century, percentage-based or 100-point grading schemes were commonly used in schools across the country.

The A–F grading scheme became the most dominant in US schools by the 1940s to create a more unified grading system across the nation and simplify interactions between academic institutions.

Though the A–F grading scheme has become the most common, some educators have identified flaws in this system and sought ways to improve the process of evaluating student performance.

Despite the flaws inherent in most schools’ grading systems in both K12 environments and higher educational institutions in the United States, many students and educators base their judgment of academic success on these indicators of student performance.

This has led many K12 students to focus intensely on the need to achieve a high-grade point average (GPA), particularly those students vying for a spot at a competitive college or university.

However, some educators and parents question whether students have become overly fixated on letter grades rather than focusing on overall knowledge of the subject matter or critical thinking skills.

Paying For Grades as Form of Motivation

The increasingly competitive US job market and college application process have led to a heightened emphasis on the importance of grades at the secondary level, with students and parents vying for academic advantages to secure their economic futures. Providing financial incentives for grades has become a more common practice in some institutions.

For example, the website Raiseme.com commits colleges to small scholarship amounts, some of which are intended for specific populations of high school students, such as the children of immigrants or those from low-income families.

A student who registers for the site and maintains certain high standards of achievement throughout high school is then automatically considered eligible to be awarded the scholarship amount offered by the college of his or her choice on the website, pending his or her acceptance into the institution.

Another monetary incentive program involves Advanced Placement (AP) courses, which give high school students college-level credit if they successfully pass an exam at the end of the instruction period.

This decreases the number of credit hours and introductory courses that students would be required to complete—and cover payment for—a two- or four-year higher education institutions. In the 2010s, several programs offered monetary compensation to both teachers and students for high scores on AP exams.

Many students, parents, and educators support the practice of providing financial incentives for high grades, citing increased levels of achievement as well as better opportunities for low-income students to attend higher education institutions with costly tuition.

Proponents of this model add that such a system also prepares students for the professional world, where adults receive payment for work. However, critics of the practice argue that high grades are not necessarily proof of learned or retained knowledge and skills. Instead, they suggest, more emphasis should be placed on students’ genuine motivation for learning and academic inquiry. Other opponents argue that offering financial incentives for high grades at the college level may entice students to enroll in “easier” or less rigorous courses or programs of study, which could result in a decline in their level of preparedness for the job market upon graduation.

Debates have arisen about the effectiveness of grading in college and how well colleges prepare students for the job market. In a 2018 study, only 12 percent of executive-level managers believed that GPAs should be an important factor in hiring decisions. Some have questioned the effectiveness of using GPAs to evaluate talent and prefer to hire based on skills and work experience.

Research has found grades arbitrary in their evaluation of students. Some question the reliability of the A–F grading system to assess student performance. Grading styles can vary from teacher to teacher, even within the same school. Some maintain that grades can cause psychological damage, while others argue that the grading system results in many parents and students prioritizing grades over learning.

Studies show that grading practices can lead to inequalities for disadvantaged students. For example, teachers who assign projects that require additional supplies or the attendance of events outside of school unequally penalize students who do not have the resources to complete those assignments.

Also Read:  Your Life Plan, Your Dreams and Present Reality

A 2019 study found that middle and high school teachers assigned lower scores to overweight students. Researchers at the University of Southern California conducted a 2019 study and discovered that teachers of all races hold implicit biases that favor white and male students.

Grades typically assess both behavioral and academic factors. A 2019 report in Curriculum in Context noted that Black students and boys are more likely to receive lower grades due to teachers’ negative perceptions of their classroom behavior.

To counteract implicit bias, some schools have incorporated the use of antibias training for their staff members. Researchers have also promoted the use of anonymous grading, or blind grading, in which identifying information is removed from students’ work prior to the grading process.

Grade inflation has become a controversial topic in the education sector. Grade inflation refers to the phenomenon by which student grades rise over time due to changing grading practices.

These practices can involve assigning a grade to student work that reflects a higher assessment than the work deserves. Grade inflation can also be seen when there is an overall rise in the average grade for similar work completed over time.

Finally, grade inflation can occur when academic rewards are offered for work, behaviors, or actions not directly related to the curriculum. For example, teachers may offer extra credit for volunteering in the community or providing services to the school.

The high stakes surrounding high school GPAs and students’ economic futures have pressured teachers at many secondary institutions to increase GPAs to give students a competitive advantage in the college admissions process.

While education experts have criticized this practice, the phenomenon of high school grade inflation is connected to a national effort to boost the United States’ global competitiveness. Grade inflation has also been correlated to income level. Reporting on studies published in 2017 and 2018, Inside Higher Ed found that grade inflation appears to be more common at high schools that serve wealthy students.

In the twenty-first century, scholars observed a pattern of grade inflation in higher education, with students earning higher grades, on average, than in previous years. In 2013 Harvard University government professor Harvey C. Mansfield went on record with the Boston Globe after learning that an A was the most frequent grade received at Harvard.

In his telephone interview with the newspaper, he called the findings “indefensible.” According to the Institute of College Access and Success, students often accrue high amounts of debt to receive a college education, with the average student in 2019 carrying student loan debt of $28,950. Institutions are often pressured to issue passing grades, even if students’ work does not meet their educational standards.

Critics of grade inflation have expressed concerns about its potential to damage students’ long-term job prospects. Students who experienced grade inflation in high school may enter college unprepared to meet the academic demands placed on them by professors.

Moreover, they assert, when grades are inflated in higher education settings, graduates often enter the workforce lacking the knowledge and skills necessary to perform their jobs. However, opponents of strict grading standards suggest that students graded more harshly will attempt easier tasks and assignments, thus lowering their work overtime.

Grading Challenges During the COVID-19 Pandemic

The United States reported its first case of novel coronavirus disease (COVID-19) in January 2020. The public health crisis disrupted nearly all aspects of daily life. To slow the spread of the virus, states across the country began calling for school closures. The school closures forced educators and students to transition from face-to-face instruction to virtual learning.

The crisis compounded the challenges for educators to create accurate grades. Some schools chose to eliminate grades altogether during the crisis. Others instituted a pass-fail grading system. As K12 schools and colleges worked to create a “new normal” with blended learning and online learning, many institutions began reconsidering their grading policies.

Equity concerns arose about grading during the pandemic. Educators worried that grades would penalize low-income students who lacked access to the technology or parental help needed for home-based learning.

In an April 2020 Education Week article, Michelle Novak, a school board member in Middletown, Ohio, said, “If we want to give our kids grades during this time, we’re really going to be grading what their home life looks like. And I don’t think it’s fair to do that to anyone.”

Before the pandemic, the education sector focused more attention on graduation rates and standardized test scores than grading practices. The pandemic raised questions about the purpose of grades.

As educators explored whether grades were effective communicators of academic progress, some districts decided to take a hiatus from traditional grading systems. Teachers will likely continue to adapt how they evaluate students as K12 schools and colleges continue to acclimate to the online learning and asynchronous learning environments that became more prevalent during the COVID-19 pandemic.