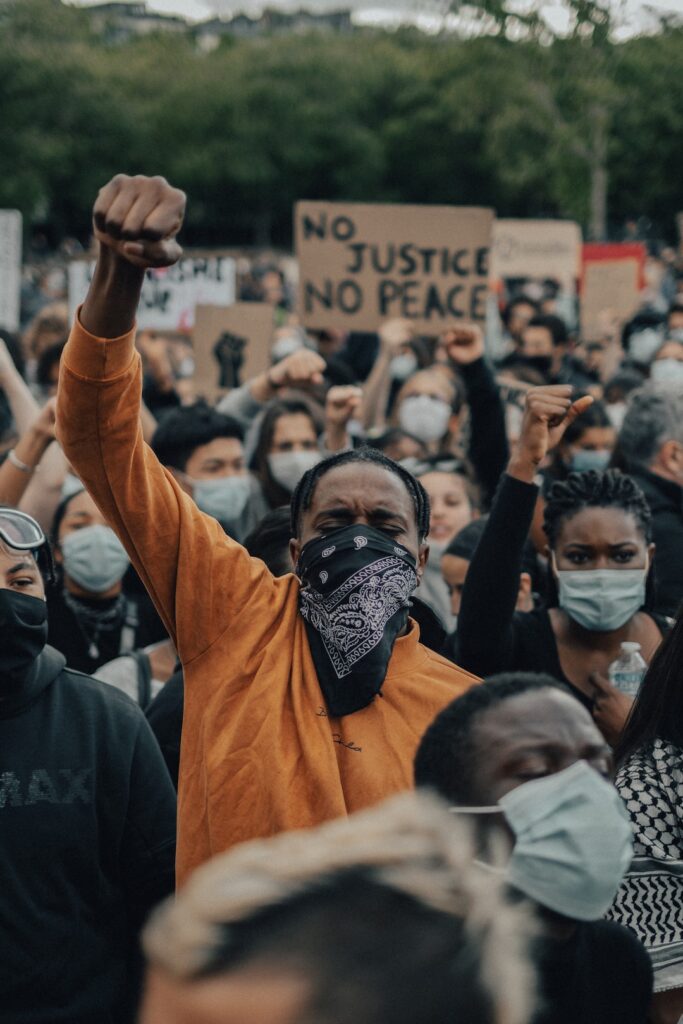 Racism—the belief that one racial group is superior over another based on perceived genetic differences, and the systemic oppression of a racial group to the advantage of another—has played a significant role in human interactions for thousands of years. In modern times, many cultures have realized that earlier beliefs about race, particularly about the superiority or inferiority of races, are not scientifically or morally justified. People have also come to understand many of these beliefs have been disastrously harmful to humankind.

In the twentieth and twenty-first centuries, many people have sought to identify and eliminate often deeply entrenched racist and bigoted notions that continue to affect human societies and create unfair conditions for people of different groups. By 2020, the concept of anti-racism, or actively working against racism, became popular again in the United States and other countries. This movement may help to permanently reduce or eliminate racist attitudes and policies on numerous levels.

THE ROLE OF RACISM

Racism is an ancient phenomenon based on mistrust of, and often disdain for, people who are different from oneself. Over centuries, racist notions went largely unquestioned in many societies, and ideas about the superiority or inferiority of various races became deeply entrenched in many cultures. This led to countless instances of race-related unfairness, ranging from personal preferences based on race to hurtful remarks to horrifying crimes such as enslaving people based on their race.

In the United States, racial matters are often highly visible due to the country’s history of slavery. Prior to the Civil War (1861–1865), countless enslaved Africans were brought to the United States and kept in servitude, particularly in the agricultural South. Even after the slave trade ended, enslaved people already in the country were generally kept as possessions throughout multiple generations. Following the complete abolition of slavery, deep-set ideas about race and racism persisted in many people and communities.

The long tradition of slavery and racist policies in the United States and elsewhere have led to ongoing repercussions. In the twenty-first century, racism can be traced to three main levels of human experience. These levels are the individual, institutional, and systemic.

The individual level involves the everyday thoughts and actions of a given person, and how that person views or treats people of similar or different races. The institutional level relates to how governments and countries handle racial matters, and whether laws and policies are truly equal for all citizens. Finally, the systemic level refers to the way racial notions and racism pervade through cultures and social psychology. These levels are different, but involve similar ideas, and connect in many ways. For example, individual ideas contribute to government policies which affect cultural norms.

Even though slavery officially ended in 1865, attitudes and policies based on unfair racial prejudices continued well into the next century. The Civil Rights Movement of the 1960s and beyond brought many of these issues to the public consciousness, and contributed to many positive changes toward racial equality. However, many other problems remain, and racism continues to be a major topic of discussion and debate into the twenty-first century.

Many events, often involving cases in which police officers target or mistreat African American suspects, have brought new calls for removing racism from American life. In particular, the killing of George Floyd by police in May 2020 led to a surge of racial tension that included rallies, riots, and protests nationwide. One of the main concepts to emerge from this period was that of anti-racism, or direct actions to reduce racism in the world.

Many previously enacted policies have attempted to create more racial equity, such as Affirmative Action. Social minority races in the United States have made tremendous strides. The 2008 election of African American Barack Obama to the presidency and his reelection for a second terms was a milestone. However, troubling events such as police brutality and ongoing wage, health, economic, and opportunity disparities prove that more work needs to be done toward equal treatment of all people.

Multiculturalism is a popular term in the United States and many other countries. It often refers to social settings or events that incorporate customs, ceremonies, foods, and other features of different groups of people. Multiculturalism can be very valuable for education and for building respect, understanding, and cooperation between groups. However, it should not be confused with anti-racism, which focuses specifically on racism and bigotry between groups, and the problems faced by mistreated populations.

The movement for anti-racism is based on some key concepts. One is the acknowledgement that racism still exists on the individual, institutional, and systemic levels. Meanwhile, the idea of white privilege holds that the existing system affords white Americans with unfair advantages over other people on all of these levels. For example, if a white person and a person of color were both suspected of a crime, a likelihood exists that the white person would be judged and punished less harshly.

Another key concept of anti-racism is acceptance that passive approaches to racism have not been doing enough to solve the problem. Therefore, people who embrace anti-racism regularly work to identify and remove racism wherever it may be found. They may do this in small ways, such as by communicating clearly, listening carefully, and teaching others about how to promote racial fairness. They may also be more active, such as by joining organizations or peaceful demonstrations that attempt to highlight the need for equality.

Countering entrenched racism on three levels is a daunting task. Anti-racism may examine such major institutional factors such as the educational and legal system, and question why people may be treated differently based on racial identity. Similarly, anti-racism advocates may attempt to elect government officials and promote new legislation that would advance this cause. For example, creating more diversity in government could not only bring new ideas and concerns to the forefront, but it could build confidence that all people have equal say.