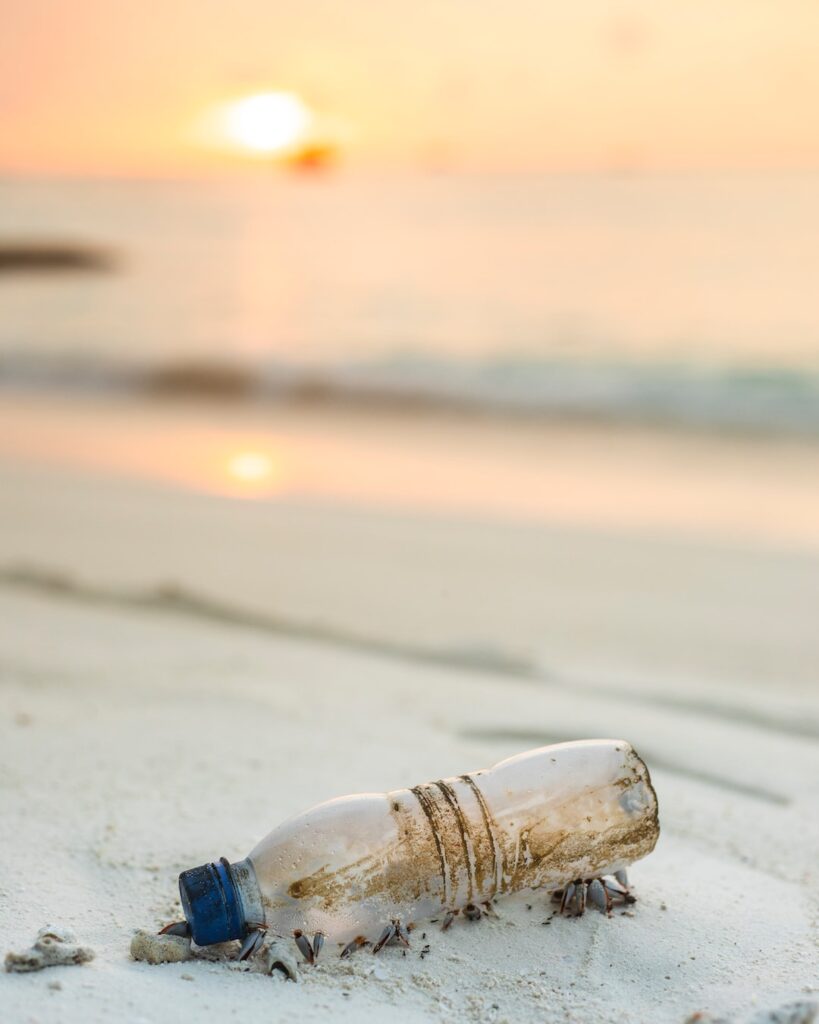 Between the pristine beaches of Hawaii and the gold coasts of California lies the Great Pacific Garbage Patch, which stretches all the way to Japan. It is exactly what it sounds like: a swirling vortex of discarded plastics, lost fishing gear, old tires, the odd shoe. Scientists say the patch, which has been around for decades, is nearly impossible to clean up. Plus, there are five other major garbage patches in Earth’s oceans.

According to the Environmental Protection Agency, Americans produced 251 million tons of trash in 2012. Some of that is bound to escape the garbage dump, right? This should come as no surprise.

The actual amount of trash, specifically plastic, that escapes our landfills and enters the ocean each year was only recently calculated, however. According to a study , which will be published in the February 13 edition of the journal Science, researchers estimate that 4.8 to 12.7 million metric tons of plastic enters the ocean annually—an ungodly amount. If waste management practices go unchecked, the study’s authors predict that this total could rise to 155 million metric tons by 2025.

“I knew the number was going to be big,” said Kara Lavender Law, a study co-author and research professor at Sea Education Association (SEA). However, Law said the actual figures still surprised her. “The size and the amount [of plastic] going in in just a single year was pretty staggering.”

The team calculated how much plastic makes its way into the ocean each year by looking at World Bank reports, finding out how much garbage one person produces per day in 192 coastal countries, and how much of that garbage is plastic. Afterward, they examined each country’s population density and waste management practices—for example, whether they use landfills or open dumping—to estimate how much plastic waste is potentially lost in the ocean. Law said the same framework could also be used for other waste products, such as glass or steel.

Plastic is a major concern to scientists because it doesn’t die. “We have no idea how long it takes to biodegrade,” Law said. “It essentially never goes away.” When plastic enters the ocean, it breaks down into tiny pieces called microplastics—these, Law said can be smaller than the size of a fingernail. “There is no good way to clean those up.”

If a few patches of tiny floating plastic pieces doesn’t sound that bad to you, consider this: Plastics contain additives and toxins. Law says when they’re floating in the ocean, microplastics are “sticky,” and attract other contaminants like DDT. While scientists are still trying to determine the extent to which this happens, Law said these toxin-filled plastic pieces, when eaten by fish, could move up the food web to the human food supply.

Law also said that improving waste management systems is one of the most important ways to prevent further plastic build-up. The study found that the top 20 countries that mismanaged waste account for 83 percent of the total amount of mismanaged waste in 2010. Of these top 20 waste producers, 16 are classified as middle-income countries. Law said these developing nations are probably facing fast economic growth, but are lagging in their development of adequate waste management infrastructure.

“Improving waste management infrastructure in developing countries is paramount, and will require substantial resources and time,” said Law. “[But] more importantly, let’s just not put any more in.”

So what can we do to help? Law recommends volunteering with coastal area clean-ups and reducing how much plastic we use every day. People could use reusable coffee mugs and grocery bags, and choose smarter packaging options, she said. Many U.S. cities—in addition to the entire state of California—have put bans on plastic bags in grocery stores.

According to the study and the World Bank, the planet is not predicted to reach “peak waste”—or when the amount of global waste peaks, plateaus, and begins to decline—before 2100. However, if waste management practices don’t improve, Law said she doesn’t even want to find out what our oceans will look like in the next 15 years.