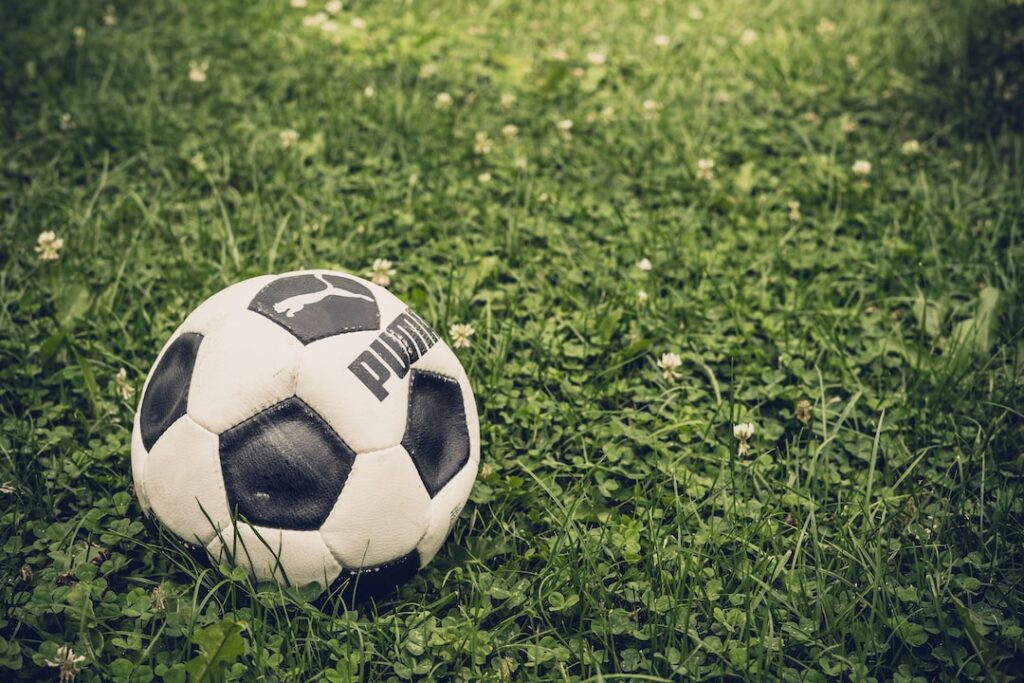 Sports are recreational activities that require some degree of physical strength, skill, or stamina. Depending on the sport, athletes compete, either alone or as part of a team, against others or against their own previous performance. Sports can be a source of both exercise and entertainment. Friends and family often spend time together playing and watching sports. Some credit youth sports with teaching young people values like teamwork, competition, and discipline. Support for local professional and amateur athletes can foster community pride and a sense of togetherness.

Sports at all levels are also a big business, amounting to about $100 billion a year annually. While professional athletes receive attention for drawing some of the largest salaries in the United States, many other Americans also earn their incomes from the professional sports industry, a market worth over $73 billion in 2019 that was expected to grow until the novel coronavirus disease (COVID-19) pandemic began in early 2020. The most profitable professional team sports in the United States are football, baseball, basketball, hockey, and soccer. Tennis, golf, and boxing also garner significant attention. However, less traditional sports have grown in popularity, particularly NASCAR stock car racing and mixed martial arts (MMA). More controversially, scripted professional wrestling and competitive video gaming, also referred to as eSports, challenge common perceptions of what constitutes a sport.

Though many benefits are credited to sports, controversies occur surrounding both sports organizations and athletes at the college and professional levels. Some of the main discussions regard the profits made by sports organizations, the compensation and safety of athletes, and the expectations of individual athletes to be role models. Disputes have also arisen over athletes’ political and social activism. In 2020 the global spread of COVID-19 created uncertainty about the future of sports.

The $100 billion sports industry in the United States, which includes youth, college, and professional sports, generates income primarily from ticket sales, media rights, sponsorship, and merchandise and employs thousands of people. Some object to the high salaries paid to professional athletes, while others point out the short career spans, risks of injury, and exceptional talents of the athletes to justify the pay. While student athletes in college sports receive scholarships, they do not receive salaries despite the income they help generate for the schools and the amount of time they spend training and playing. In the twenty-first century, calls for paying student athletes have increased. In a 2019 poll by College Pulse, 53 percent of college students surveyed were in favor of paying athletes. That year, California passed the Fair Play to Pay Act, which allowed college athletes to receive sponsorships without losing their eligibility to play. Partly in response to the California law, the National Collegiate Athletic Association (NCAA) voted in October 2019 to allow student athletes to be compensated for the use of their names and images.

Safety and risk of injury remain an ongoing controversy, particularly within sports involving large amounts of violent contact, such as football, boxing, and MMA. Despite improved protective gear and rule changes to make playing safer, football players in particular are likely to experience multiple head injuries throughout their careers, which can result in chronic degenerative brain disease.

Questions about athlete safety have also arisen from scandals involving allegations of sexual abuse. In some cases, evidence has shown national sports organizations and schools working to cover up abuse and obstruct investigations. In 2017 and 2018 Dr. Larry Nassar, a team physician for USA Gymnastics, the US Women’s Olympics Gymnastics team, and Michigan State University, was found guilty of sexually assaulting hundreds of minor patients during treatments and examinations. All three organizations employing Nassar faced criticism and investigations for inadequately investigating reports of abuse. In January 2018 Congress passed the Protecting Young Victims from Sexual Abuse and Safe Sport Authorization Act, which established the United States Center for Safe Sport, an independent organization created to protect athlete interests, and also mandated professionals with sports organizations to report suspected abuse of athletes within twenty-four hours of learning of it.

Several names of several professional and college sports teams have been identified as racially insensitive, particularly to Indigenous peoples. Despite pressure from Native American leaders and their allies, teams like the Atlanta Braves, Cleveland Indians, Kansas City Chiefs, and Washington Redskins have long refused to consider changing their names. However, in July 2020 the Redskins team announced that it would be dropping both its name and its logo depicting a Native American man and would be known as the Washington Football Team until a new name was selected.

Professional athletes are often seen as role models, particularly to young people. Many professional athletes engage with their fans and the local community through public appearances and charity work. Other athletes use their celebrity to make a positive impact in the world. Tennis star Serena Williams, for example, served as a Goodwill Ambassador for the United Nations Children’s Fund (UNICEF) and has raised funds to establish schools in Jamaica and Africa. In June 2020 Atlanta Falcons quarterback Matt Ryan started a fundraising campaign for the Black community in Atlanta, Georgia, seeding it with a $500,000 donation.

Because athletes are often in the spotlight, their conduct therefore frequently comes under scrutiny. In some cases, such as when an athlete is found to be using performance-enhancing drugs (PEDs), the questionable behavior relates directly to the sport. However, irresponsible behavior in an athlete’s personal life can not only tarnish their image but impact the teams on which they play. Criminal and reckless behavior in athletes has sparked criticism that professional leagues prioritize profits and the league’s image over player accountability and the safety of others. For example, the National Football League (NFL) has repeatedly been accused of overlooking cases of players accused of sexual assault or domestic violence, including an incident captured on video of Ray Rice assaulting his then-girlfriend in 2014. However, the publicity around his case provided impetus for the league to change its policies. Repeated allegations of sexual assault and other criminal misconduct involving National Football League (NFL) wide receiver Antonio Brown ultimately left him without a contract in 2019, though critics argue that the league is still too lenient on athletes charged with criminal behavior.

Also Read:  How to Be Resilient Even When Your Life Gets Tough

Social media provides professional athletes a medium in which to connect with fans, build their brand, and use their popularity to positive effect. During the COVID-19 pandemic, for example, players and coaches in the National Basketball Association (NBA) used their social media accounts to educate fans about how to protect themselves and to share information about how to stop the spread of disease. Others have used their platform to address social causes. However, in other cases, both professional and student athletes are faulted for using offensive language on social media. In 2018 old racist, misogynist, or homophobic tweets from several Major League Baseball players, including Josh Hader, Sonny Gray, Trea Turner, and Sean Newcomb, and NFL player Josh Allen were uncovered. All apologized publicly and some were asked to complete inclusion and diversity training programs. In July 2020 Philadelphia Eagles wide receiver DeSean Jackson apologized for antisemitic Instagram posts containing references to Jewish plans for “world domination.” In June 2020, an incoming freshman track and cross country athlete at Xavier University in Cincinnati, Ohio, lost his positions on both teams and had his admission offer withdrawn after making offensive posts on Twitter about the protests that followed the killing of George Floyd by a Minneapolis police officer.

As public figures, professional athletes can wield significant political influence. Many have held political office. For example, after playing football with the Tennessee Titans between 2006 and 2010, Colin Allred became a civil rights lawyer and was elected to the US House of Representatives in Texas in 2018.

Athletes have also used their public platform for political activism, expressing support for specific causes or protesting social injustices. Movements for civil rights in the United States have benefited from the support of high-profile athletes. In 2016 NFL quarterback Colin Kaepernick began to kneel during the national anthem before football games, protesting against police brutality against African Americans and in support of the Black Lives Matter movement. Kaepernick became a free agent at the end of the 2016 season but remained unsigned through the next several seasons. He filed a grievance against the NFL team owners, charging that they improperly colluded to bar him from the league. The dispute was settled in February 2019 in a confidential agreement. In 2017 and 2018 more football players joined in the kneeling protests, and the practice spread to other sports such as soccer and baseball. The protests were particularly controversial in the NFL, as some saw them as disrespectful, while others supported the players’ rights to peacefully protest. In 2018 the NFL announced a requirement for all players to stand for the anthem, though players could opt to remain in the locker room during that time.

Following widespread protests after the killing of George Floyd in June 2020, governing bodies of several professional sports leagues offered new rules and options for players wishing to express support for racial equality. NFL commissioner Roger Goodell apologized to Kaepernick and said that kneeling during the anthem should be allowed. The NFL announced that the song “Lift Every Voice and Sing,” often called the “Black national anthem,” would be played or performed before home opening games of the 2020 season. The NBA and Major League Baseball (MLB) allowed players to wear “Black Lives Matter” or related messages or patches on their uniforms as well.

As COVID-19 reached the level of pandemic in spring 2020, all major sports organizations shut down their activities amidst great uncertainty about when and how they could resume. Some events were canceled completely such as the NCAA men’s and women’s basketball tournaments. The NBA and National Hockey League (NHL) suspended their seasons just as their respective playoffs were about to begin, and the MLB postponed the start of its season. The Summer Olympic Games, scheduled for July and August 2020 in Tokyo, Japan, were rescheduled for the same period in 2021.

As the initial lockdowns began to ease, sports organizations developed plans to resume play. The NBA and NHL opted to set up a “bubble” rather than have teams travel between cities. Instead, all teams would remain quarantined in one place with extremely limited outside contact for the duration of the playoff series. The MLB chose to have a shortened season beginning in July 2020, with reconfigured leagues to reduce travel. Almost immediately after professional baseball resumed, multiple players on several teams tested positive for COVID-19, forcing game cancellations and causing uncertainty whether completing even a short season would be possible. In all three leagues, the games took place without fans in attendance but were aired on television.

The pandemic struck during the professional and college football off-season, but as COVID-19 continued to spread in summer 2020, authorities struggled to develop policies to allow football to resume safely. The risk of contact in football is particularly high, especially among the offensive and defensive line positions. The NFL agreed to allow players to opt out of the season, suspending their contracts for the year, and several players announced plans to do so. In August 2020, as multiple college campuses opened and then almost immediately suspended in-person classes due to COVID-19 outbreaks, the NCAA football season remained uncertain. While the Southeast Conference announced a limited ten-game schedule for fall 2020, the Big Ten and Pac-12 conferences postponed games until spring 2021.

The economic impact of the shutdown on sports was massive. An ESPN analysis estimated a loss of $12 billion in sports revenue within the first months of the pandemic, with that figure predicted to double if the football seasons are canceled. Even as play resumed, revenue remained low without in-person attendance. The MLB projected that the league would lose an average of $640,000 per game in the truncated 2020 season. Loss of the college football season may cost billions to schools in the midst of other pandemic-related losses and a weakened economy.