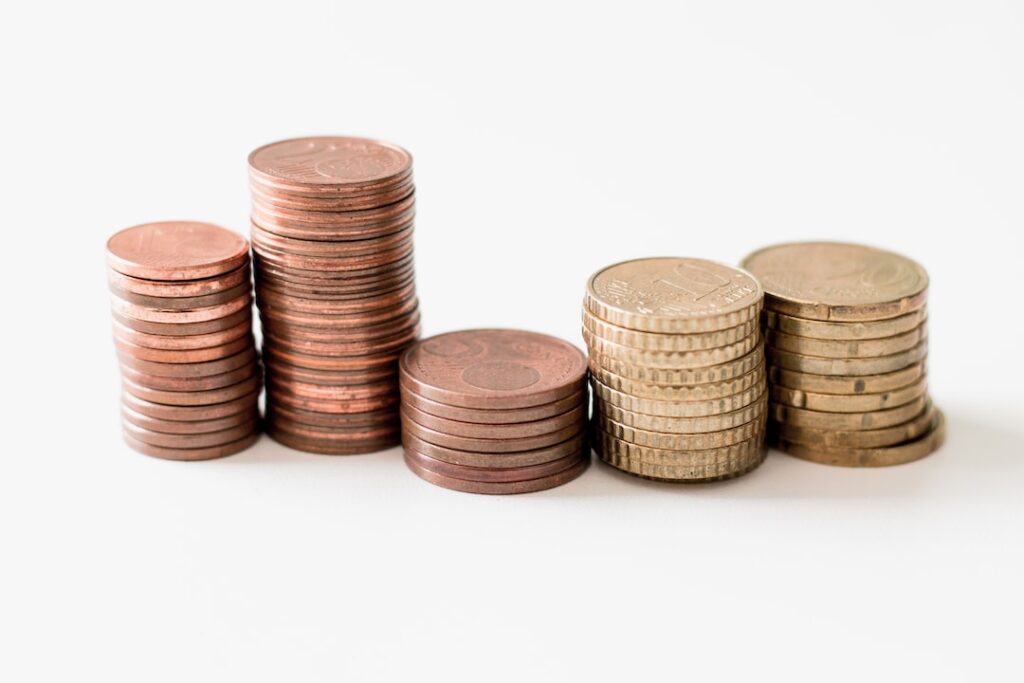 What is Government Stimulus Packages?

In times of economic crisis, the United States government may use a variety of stimulus techniques to improve the economy and support struggling businesses and citizens. Stimuli can come in different forms, including tax credits, lower interest rates, or direct monetary payments.

Government economic stimulus programs are often controversial. They usually represent a significant expenditure on short notice, which requires that the government borrow money and increase the national debt. Some economic theorists and politicians also believe that business is a matter of “survival of the fittest” and that failing banks and businesses should be allowed to go under. However, others argue that the fallout from such failures causes too much financial pain and disruption to the many people who lose their jobs, savings, and homes in the process, and that the government should cushion these blows and reduce the effects of massive economic disruptions.

In March of 2020, the US Congress passed the largest economic stimulus package in American history in response to economic disruption caused by the novel coronavirus disease 2019 (COVID-19) pandemic.

Government stimulus packages allow essential businesses to continue to provide needed services without interruption. These companies can be protected from unforeseen financial calamity.
Providing companies with loans and other financial support during economic crisis allows them to retain workers. Without this support, these workers could be laid off and become dependent on state services.
During a crisis, obstacles can emerge that prevent the efficient flow of money and other capital, creating additional financial strain. Government stimulus packages may help maintain capital flow.

Government bailouts require ordinary taxpayers to subsidize the failings of wealthy corporations. Company executives often use these funds to enrich themselves.
Companies that are not managed efficiently enough to survive an economic crisis are weak. By receiving government support and remaining in the market, they are preventing superiorly managed companies from assuming their rightful place.
Government support for companies during economic crisis may lead to inefficient state-run industries, placing them in the hands of government officials who may be motivated by politics.

The US economy experiences regular cycles of expansion and contraction. During a period of negative growth, demand for goods and services falls as consumers and businesses cut back spending. Businesses may stop hiring, lay off employees, or go bankrupt and close. People spend less as they become unemployed, work for reduced wages, or are nervous about job loss. An economic downturn affects the entire supply chain: lower sales lead to production cutbacks by manufacturers, who buy fewer raw materials. If price and wage decreases do not improve spending and hiring, the downturn can become a deflationary spiral.

Fiscal stimulus refers to government spending that aims to halt this decline by giving people and businesses money to spend, “priming the pump” for renewed growth. Fiscal stimulus focuses on increasing demand. This differs from monetary stimulus, which emphasizes the supply side of the supply-and-demand cycle by putting more money into circulation. The Federal Reserve enacts monetary stimulus through actions that include lowering interest rates and initiating quantitative easing, where the Federal Reserve directly purchases government bonds or other financial assets.

Before the 1930s, the US federal government avoided intervening in recessions, in the belief that market cycles would naturally resolve on their own. However, after the 1929 stock market crash, the economy continued to contract for years with no signs of recovery. When Franklin Delano Roosevelt (1882–1945) became President in 1933, he and his advisors embraced the thinking of British economist John Maynard Keynes (1883–1946). Keynes argued that economic health was the product of amount of spending in the economy, and that governments can and should spend money to restart growth.

Roosevelt’s New Deal was the first large federal stimulus program. Among other economic reforms, the New Deal created hundreds of projects that provided jobs ranging from road and dam construction to creating art and literature.

Between 2007 and 2008, a massive recession was triggered by a banking crisis caused by mortgage defaults. As banks failed, the stock market plummeted, and unemployment rose rapidly. Congress responded with two large stimulus programs in 2008 and 2009. The Troubled Asset Relief Program (TARP) was passed as part of the Emergency Economic Stabilization Act of 2008 and focused most of its $700 billion in aid on stabilizing large corporations. While TARP staved off complete economic breakdown, unemployment kept increasing and economic contraction continued.

To restore economic growth, a second massive stimulus package, the American Recovery and Reinvestment Act of 2009 (ARRA) was passed in February 2009. ARRA allotted approximately $787 billion across a wide range of programs, including infrastructure and renewable energy projects, tax incentives, and aid to individuals through extended unemployment benefits and direct cash payments. ARRA is credited with halting the decline and initiating recovery.

In early 2017, Congress passed the Tax Cuts and Jobs Act of 2017 to further stimulate the economy through a complex set of individual and corporate tax cuts and incentives. A modest burst of economic growth followed, though critics argue that large corporations and the very wealthy reaped most of the benefits. Over the following two years, the act substantially increased the federal debt as tax revenues were substantially reduced. This trend was exacerbated in 2020 by the impact of the COVID-19 pandemic.

CORPORATE BAILOUTS AND SUPPORT FOR BUSINESS

In the twenty-first century, US fiscal stimulus packages have contained significant expenditures intended to help businesses, large and small. In the weeks after the terrorist attacks on September 11, 2001, airlines experienced a crippling loss of business while at the same time facing expensive requirements for procedure changes and equipment upgrades to protect from future attacks. On September 22, 2001, Congress passed the Air Transport Safety and System Stabilization Act, which provided five billion dollars in immediate cash assistance and ten billion dollars in guaranteed loans for US-based air carriers in danger of immediate bankruptcy.

Though their risky loan practices were believed to have caused the 2008 economic crisis, the failure of giant banks such as Goldman Sachs, Bank of America, and others threatened to take the entire financial system down with them if they completely collapsed. Because they were therefore considered “too big to fail” much of the TARP focused on shoring up these banks and American International Group (AIG), the insurance firm that had insured most of the defaulting loans, and making credit available to the many other businesses needing loans to remain afloat. The bailout also assisted some private companies, including automobile giants such as General Motors and Chrysler, with approximately $15 billion dollars in funds for restructuring. It also included money for housing lenders Fannie Mae and Freddie Mac. Much of the money was given in grants, loans, or investments in companies. Over the following decade, the majority of companies returned the money to the federal government through payments of principal and interest on loans or dividends on profits the companies made. In 2020 ProPublica reported that the government had made a $121 billion profit on outlay of money from the TARP.

The 2020 COVID-19 pandemic created a unique situation in which the lockdowns to prevent the spread of disease forced businesses to suspend or drastically cut back operations virtually overnight. Unlike previous bailouts where poor business decisions were believed to be at least partially responsible for the crises, in this case there was little debate that government assistance was required to keep businesses from going under and turning temporary employee layoffs into long-term unemployment for millions of workers.

The Coronavirus Aid, Relief, and Economic Security Act passed by Congress in March 2020 therefore allocated $500 billion in loan guarantees and grants for large corporations, including approximately $32 billion for airlines and the air transport sector. Around $377 billion was directed at businesses with fewer than 500 employees, including approximately $10 billion in direct grants of up to $10,000 to cover immediate operating costs and around $350 billion in forgivable loans provided businesses use the bulk of the money to keep employees on the payroll.

The Paycheck Protection Program (PPP) faced controversy as applications overwhelmed available funding within days. Though meant for small businesses to keep workers employed, many large corporations applied for and received the loans. Large corporations like the Los Angeles Lakers, Harvard Bioscience, Shake Shack, and Ruth’s Hospitality Group, owner of the Ruth’s Chris Steak House restaurant chain, received backlash when it was revealed that they had received large loans from the program, and responded by returning the funds. However, other large corporations kept the money with varying justifications.

Lawmakers often emphasize indirect forms of economic stimulus like tax cuts and credits, but these programs can take months or even years to put money in people’s hands, and usually benefit a narrow segment of the population. For example, “green rebates” that offer tax credits for replacing old appliances or furnaces with energy-efficient upgrades are only helpful for people who own their homes and have money to spend on improvements.

On the other hand, direct cash payments in the form of unemployment benefits, welfare programs like Supplemental Nutrition Assistance Program (SNAP), or stimulus checks provide funds quickly and reach more people. Moreover, researchers have found that people with lower incomes tend to spend direct payments immediately. This multiplies the impact as a single payment to one person passes on to community businesses who in turn can use it to pay employees and suppliers, creating economic activity far beyond the initial recipient. In contrast, funds directed at corporations or wealthier individuals often go into savings or long-term investments, providing little to no stimulus to the overall economy.

In 2001 Congress passed a tax reform package, the Economic Growth and Tax Relief Reconciliation Act of 2001 (EGTRRA) which included a retroactive rebate on income taxes paid in 2000. This was distributed in the form of checks of $300 for individual filers without dependents, $500 for single parents, and $600 for married joint filers. These direct payments, initially intended to counter to the deepening recession in the summer of 2001, took on heightened significance when the economy declined steeply following the September 11 terrorist attacks.

The CARES Act of 2020 contained several direct cash payment provisions. It extended unemployment coverage to thirty-nine weeks, adding thirteen weeks to the coverage period of most states, and increased payments by $600 per week through the end of July 2020. In addition, the law provided Economic Impact Payments of $1,200 for individuals and $2,400 for married couples, with $500 additional for each dependent child, directed mainly at people earning less than $75,000 per year for individuals or $150,000 for families.

In the 2010s interest has grown in Universal Basic Income (UBI) programs. Rather than widespread one-time payments during economic crises and an ongoing patchwork of various welfare programs, UBI plans propose provide all citizens with permanent direct monthly payments of enough money to cover basic living expenses, with no work requirements or limits and no conditions on how it is spent. Proponents such as entrepreneur Andrew Yang (1975–) and Facebook founder Mark Zuckerberg (1984–) argue that UBI is necessary to counteract current economic inequality and potential mass unemployment as automation and artificial intelligence replaces human workers in many sectors of the economy.