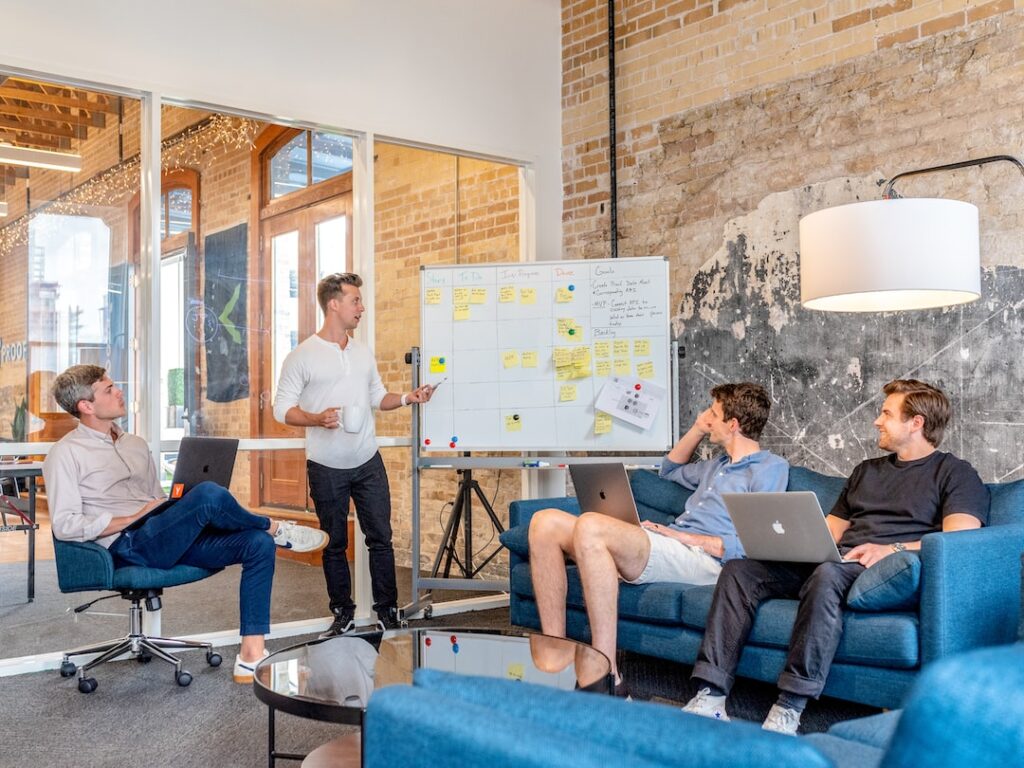 What is Workplace Diversity?

A diverse workplace is an employment environment made up of employees with a broad range of personal characteristics, experiences, skills, and perspectives. Some of the traits that contribute to diversity in the American workforce include differences in gender, race, ethnicity, age, disability, sexual orientation, religion, education, socioeconomic background, and political beliefs. To increase workplace diversity, employers engage in initiatives to recognize and eliminate discrimination—the unfair treatment of individuals, including denial of opportunities, based on those individuals’ personal characteristics rather than on their job potential or performance. Yet creating a diverse workplace goes beyond protecting employees from discrimination and encompasses other factors such as challenging cultural biases, respecting and celebrating differences, valuing a wide range of contributions to the organization, and creating an atmosphere of inclusion and unity.

One of the main goals of workplace diversity initiatives is to ensure that the American workforce reflects the nation’s changing demographics. The US Bureau of Labor Statistics reports that, as of 2019, white workers made up approximately 78 percent of the labor force. By 2040 the percentage of non-Hispanic white Americans ages eighteen to sixty-four is projected to be 50 percent, while the rest of the population is projected to be 25 percent Latinx, 15 percent Black, 8 percent Asian, and smaller percentages of multiracial and Native American people.

Though the workforce is expected to become more diverse, in 2019 minority workers were more likely than whites to be unemployed or underemployed and less likely to rise through the corporate ranks to executive or senior management positions. Women were also less likely to be in executive or senior positions. The Bureau of Labor Statistics reported that in 2019 that almost 90 percent of corporate chief executives were white, and more than 72 percent were men. According to analyses conducted by the Stanford University Graduate School of Business and published in 2020, at Fortune 100 companies the percentage of chief executives that were white was 85 percent, and 94 percent were male.

Creating a diverse workplace offers employers valuable benefits, including the abilities to attract and retain talented employees, gain access to innovative ideas and new market insights, and increase competitiveness and profitability. Workplace diversity can also involve challenges, however, such as interpersonal conflicts and communication problems. Many companies employ diversity training programs, also referred to as cross-cultural training programs, to help employees overcome such issues. Such courses should rely on evidence-based training and be accompanied by structural and organizational changes that encourage diversity and open communication. Courses alone may fail to achieve their goals, and poorly managed courses may even strengthen bias.

A diverse workplace is made up of employees with varying life experiences, personal characteristics, skills, and perspectives.
Gender, cultural, and ethnic diversity are all associated with corporate profitability. Diverse teams are believed to be better equipped to recognize and react to new business opportunities.
Diversity initiatives can help companies attract more applicants, increasing the likelihood of hiring qualified and productive employees.
Diversity training programs must use evidence-based techniques and be paired with structural and organizational changes to be effective.
Critics of workplace diversity initiatives maintain that these programs encourage companies to hire and promote based on personal traits rather than on qualifications or job performance.
Employees with a higher sense of workplace belonging have a 56 percent increase in job performance and are less likely to leave the organization.

BENEFITS OF A DIVERSE WORKPLACE

Developing a diverse workforce begins with employee recruitment. Companies that pursue diversity in hiring gain access to a larger pool of applicants, which increases their chances of attracting the most qualified and productive employees. One 2019 ZipRecruiter survey found that workforce diversity was an important consideration for 86 percent of job seekers when weighing their employment options.

Working for a company that values diversity and inclusion can increase employee engagement and promote retention of talent. Diversity in the workplace can also improve a sense of belonging in the workplace. According to the Harvard Business Review, employees with a high sense of workplace belonging have a 56 percent increase in job performance and are 50 percent less likely to leave the organization.

By building teams of people with differing backgrounds, skills, knowledge, perspectives, and ways of thinking, companies can benefit from a vigorous exchange of ideas that improves group decision-making and performance. Studies have found that diversity promotes innovation and creative approaches to problem-solving. Homogeneous groups, in contrast, have a tendency to fall victim to groupthink, a phenomenon in which internal pressures to maintain group coherence and harmony discourage critical thinking and result in poor decisions.

Diverse groups are also better equipped to recognize and react to new business opportunities—especially international opportunities—by including members with local market knowledge, foreign language skills, and cultural sensitivity. Perhaps the most compelling reason for companies to prioritize workplace diversity is to increase sales and maximize profits. Diversity within organizations is key to gaining insight into markets and serving a broad range of customers. A number of studies have found parallels between workplace diversity and financial success. According to McKinsey & Company, a management consulting firm, companies in the top twenty-fifth percentile for gender diversity on executive teams are 21 percent more likely to be profitable, while companies with more culturally and ethnically diverse executive teams are 33 percent more likely to see better-than-average profits.

Gender diversity has been shown to benefit company performance. A 2020 report by McKinsey & Company found that companies with more than 30 percent women executives were more likely to outperform companies with fewer women in leadership. Some businesses, such as Procter & Gamble Company (P&G), have created gender equality initiatives. In 2017 P&G launched its #WeSeeEqual campaign in 2017 to advocate for gender equality in workplaces. The company has prioritized achieving a fifty-fifty gender representation within its workforce. Other companies, such as IBM, have prioritized making the workplace more accessible for people with disabilities. In 2017 IBM launched the Ignite ASD program, which is a training and employment placement program for people with autism spectrum disorders.

CHALLENGES OF CREATING A DIVERSE WORKPLACE

The framing of diversity policies makes a difference in their effectiveness. A 2019 Harvard Business Review study found that workplace policies receive less support when they are framed as a means to improve racial diversity. In the study, almost 50 percent of the respondents supported a diversity policy when it was described as an effort to address discrimination; only 38 percent supported the policy when it was framed as an effort to improve diversity.

Many companies seeking to attract and retain a diverse workforce adopt policies or create mission statements expressing their commitment to diversity. Although the goal of these policies is to reduce discrimination and promote a fair work environment for women and minorities, research suggests that they may have the opposite effect. Members of dominant groups often assume that the system is fair because the company has a diversity policy in place, which may lead them to discount instances or patterns of discrimination.

Despite widespread implementation of diversity programs and initiatives, women and minorities still face hurdles when applying for jobs as well as challenges once they are hired. Studies show that minority applicants who mask their race on their resumes have better success at getting job interviews. Researchers at the Harvard Business School found that companies are more than twice as likely to call people of color for interviews if they remove any references to their race in their resumes than those who reveal their race in their applications.

Even when workplace diversity initiatives do result in hiring minority workers, some companies fail to create inclusive work environments in which these workers feel valued, respected, included, and safe. Many minority workers experience pressure to conform to majority styles of dress, manners of speaking, and standards of demeanor. In 2019 the Harvard Business Review found that African Americans often feel like outsiders at work and people of color overall report that they feel the need to project a workplace identity that differs from their authentic selves. This situation causes minority employees to feel alienated from coworkers and disengaged from the corporate culture, which reduces their loyalty to the company and their job performance.

CRITIQUES OF DIVERSITY POLICIES AND INITIATIVES

Diversity training can be expensive, and some programs are poorly designed and ineffective. Research shows, for example, that mandatory diversity training in which participants feel pressured to agree with specific criticisms of racial prejudice can strengthen employee bias and increase animosity toward underrepresented groups.

Some critics of workplace diversity policies and initiatives claim that such initiatives constitute a modern-day version of quotas for hiring and promoting employees with certain traits. They argue that giving minority workers special treatment is a form of discrimination that takes opportunities away from people who may possess stronger qualifications or demonstrate superior job performance. They contend that this reverse discrimination often contributes to resentment and hostility toward minority workers.

Some critics of diversity initiatives contend that statistics on promotion rates may not tell the whole story, especially when it comes to women in the workplace. Although women tend to advance in their careers at a slower pace than men, and the gender pay gap widens as women are promoted up the career ladder, critics argue that the difference should not be attributed to women facing discrimination and barriers to advancement. Instead, they claim that many women make choices that negatively affect their career trajectories because they prioritize family and household responsibilities or seek a better work-life balance. To support women’s role in the workplace and improve gender diversity, experts recommend parental-leave policies for both women and men as well as systems to help support and educate managers and staff about parental leave.

CRITICAL THINKING QUESTIONS
Do you agree with critics of workplace diversity initiatives that such programs are a form of reverse discrimination? Why or why not?
What steps, if any, should companies take to create work environments in which all workers feel included and safe?
In your opinion, could the conditions created by COVID-19 pandemic measures have a positive impact on disability inclusion in the workplace? Explain your reasoning.

IMPACT OF THE COVID-19 PANDEMIC

In 2020 the novel coronavirus (COVID-19) pandemic pushed a larger portion of the population to work remotely and led to layoffs in many industries. May 2020 research by McKinsey & Company explored whether inclusion and diversity efforts would be deprioritized by organizations during the crisis. McKinsey research found that seven million jobs held by Black Americans were threatened by temporary furloughs, layoffs, or reductions in hours or pay during the crisis. Women were also at a higher risk of suspensions, layoffs, or reduced hours during the pandemic. Women were more likely than men to take time off from work or leave their position during the pandemic because of the need to take care of children and other family members.

However, the pandemic forced many companies to take measures to be more accommodating to the diverse needs of their employees. For example, some companies began offering more flexible work schedules and virtual work options. The expansion of remote work and virtual recruiting improved accessibility for job seekers with disabilities, which could lead to more disability inclusion in the workplace.

The police killing of George Floyd in May 2020 sparked nationwide protests about police brutality and racial inequality. In response, many US companies announced new diversity initiatives and many pledged to make their office cultures more inclusive. For example, Adidas pledged that it would fill at least 30 percent of its open positions with Black or Latinx candidates. Similarly, Estée Lauder pledged to make the percentage of Black employees in its company match the percentage of Black Americans in the US population.